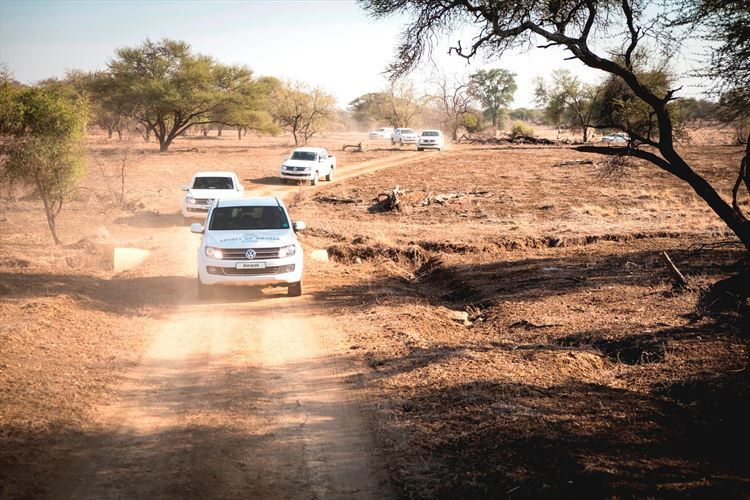 Team South Africa was crowned as the overall winners of the inaugural International Spirit of Amarok Trophy in Botswana recently. The five South African teams dominated the competition from the start and amassed outstanding 10 153 points in total.

The individual category of the competition was won by Alwyn and Melanie Jordaan of Namibia. Alwyn and Melanie, who also won the 2015 Spirit of Africa Trophy last month, showed immense concentration and exceptional 4×4 driving skills to win one of the toughest, international amateur 4×4 challenges in Africa.

“The international Spirit of Amarok competition was much tougher than Spirit of Africa finals. The layout and format of the challenges demanded total concentration and precise driving skills,” said Alwyn.

Alwyn added: “We are excited and honoured to be the first individual winners of the competition. It has not yet sunk in that we are the 2015 double champions after winning both the Spirit of Africa and Spirit of Amarok competitions. Hopefully this will encourage more Namibians to participate in the competition in the future. It was a privilege to participate in the international competition amongst contestants from as far across the globe as Australia, and also to be hosted by the legendary motorsport driver Sarel van der Merwe.”

The International Spirit of Africa Trophy is planned to be an annual event with the Amarok selling countries showing interesting following the success of the 2015 inaugural event in Botswana.

“Volkswagen Commercial Vehicles is proud to announce that the Spirit of Amarok Trophy is planned to be an annual event with more countries expressing an interest to be part of the 2016 competition. We are excited to have been instrumental in setting up the first international amateur championship for precision 4×4 driving,” said Jaco Steenekamp, General Manager for Sales and Marketing at Volkswagen Commercial Vehicles.

Steenekamp added: “We felt that the event was the perfect opportunity to showcase the off-road capabilities of the Amarok, in an environment where this is better experienced than explained.Overall, the competition was an excellent demonstration of how the Amarok brand’s philosophy of tough and smart could translate into something as big as an international driving competition.”