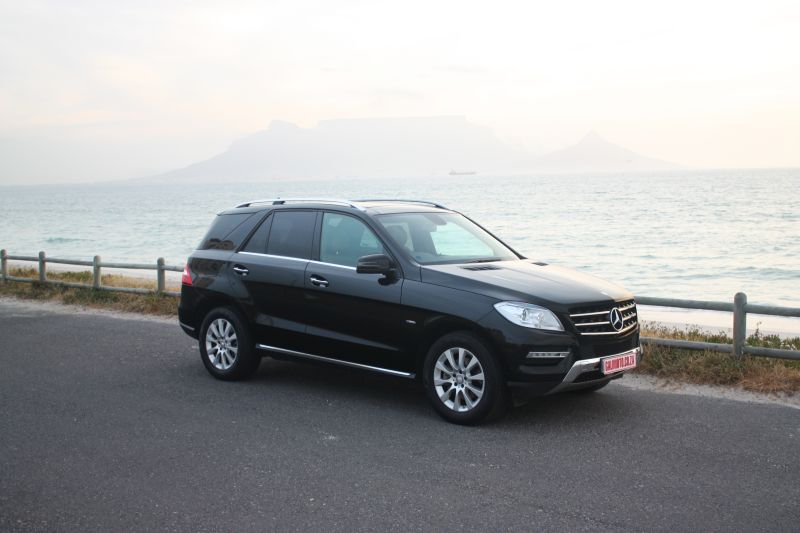 Whether you subscribe to the idea of global warming or not, dwindling resources and exploding populations don’t exactly make for a rosy car future. So, irrespective of your (or my) views, the increased pace in automotive development is most welcome as it gives us cars like the Mercedes-Benz ML250 BlueTEC.

The new M-Class was only released a few months ago and we had the pleasure of testing the smooth ML350 BlueEfficiency and that growling, popping menace they call an ML63 AMG. In keeping with the current trend of turbos and downsizing, the slightly ostentatious ML range is now balanced by this 250 BlueTEC.

What the Merc boffins did here must’ve been fairly simple. Develop new M-Class. Good. Stroll on over to the engine depot and get a C/E-Class 2.2-litre turbo-Diesel four cylinder. Plonk in M-Class, connect all the thingamajigs and send to the sales team. Have coffee and be pleased with self.

Whereas the task was probably not that easy, the initial idea must’ve raised a few questions. How would the market(s) react to a small 4-pot Diesel luxury SUV? Would the mini motor have enough oomph to properly propel the 2,150kg ML? And if it did, would the extra strain diminish the engine’s lifespan?

ML250 BlueTEC got many thumbs up abroad and locally, not just because it’s the most fuel-efficient and environmentally-friendly vehicle in its class. Within just a city block or two, the brawny and smooth (two balancer shafts) power got my approval; but more of that later.

The engine’s 2,143 cubic centimetres are split into four cylinders, fed by the latest and greatest intake technology which includes high-pressure direct injection and rather clever turbos. In this car, maximum outputs are a staggering 150kW (204hp) or unbelievable 500Nm.

The projected range of 1,430km seems more likely as our black test vehicle extended its range every time we hit the highway; at one point it reckoned the almost full tank would take us just beyond a place in the middle of nowhere, about 1,230km from where we were at the time.

Once we started commuting around town, dodging students in Stellies and seniors in Somerset West, our final range would’ve been just below 1,000km. I typed “would’ve” because we never reached a thousand kays and gave the car back with a 1/2 tank and about 600km on its trip meter.

As for driving the wee Diesel M-Class, it exhibits the same solidity, grace and comfort of its bigger siblings. The engine is a bit noisy at low speeds but those ½ thousand Newton-metres make up for it by being available at similarly low crank revolutions (1,600-1,800rpm) in a fairly unstressed delivery.

The Mercedes 7GTronic automatic gearbox with ECO mode and start/stop system loves to keep the revs down which, surprisingly, isn’t a problem for the engine. You can select Sport or Manual mode (with shift paddles) but full automatic remains the smoothest and most frugal of the lot.

Much like the ML350, the car’s light steering and smooth handling make it feel nimble and smaller than it is, plus you get a decent assortment of safety and convenience features. Highlights include Pre-Safe, powered everything, 6-disc shuttle, Bluetooth and media interface, tyre pressure monitors and lower suspension.

The options list is extensive and (in most cases) expensive, ML250 doesn’t get all the toys you’d find in the bigger models and the biggest omission is the N$8,400 electric trailer coupling. Even a non-electric one would do as the car’s permitted 750-3,500kg (unbraked / braked) towing capacity will surely be exploited.

Despite those impressive numbers, the ML is no hard-core off-roader and will possibly spend most of its time on tarmac. With computerised, full-time 4×4 but no low-range or diff-lock, we pointed our black specimen at some Winelands dirt and farm roads – which it covered with confidence and comfort.

I had my doubts but the Scrooge ML completely won me over. It’s a brilliant idea which makes shed-loads of real-world sense. Will the engine last the distance? It probably will but I’m sure it’ll be replaced by an even more efficient and compact model before the 6-year/120,000km motorplan expires.