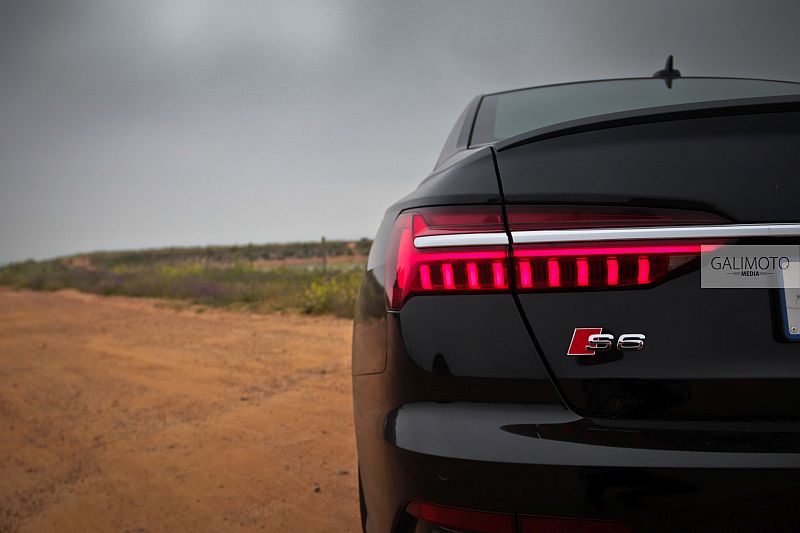 Perfection can be such a drag. As with a previous Audi review, this jet black S6 sedan was so perfect that I didn’t know where to start my report…

I’ll only give you one piece of irrefutable proof that this car is flawless. At one of the last car launches of 2020, I was slumped over my lunch and partaking in the “what are you driving at the moment” game. When my turn arrived, most of my peers became rapturous. “The black one?” “Yummy!” and “It’s amazing, isn’t it?”

The Bavarian manufacturer sends two sporty derivatives of its mid-size A6 into battle – the absolutely bat-excrement crazy RS6 (due soon, and usually in “Avant” estate form) or this milder S6 saloon. Instead of the RS’ fire-breathing four-litre twin-turbo V8, here beats a 2.9L turbo-petrol V6 with 331kW and 600Nm on tap.

So yes, if you want to club Ferraris, waiting for the RS6 is your best bet. But don’t let anyone tell you that this cheaper vehicle is any less exciting to drive. It trumpets a delicious six-pot symphony, carves around corners with great Quattro dexterity, slides through eight silky smooth ratios, and overtakes quite nicely, thank you very much.

It may even give the odd Fezza a scare.

To provide some evidence of this, we took our pitch-black press vehicle for some performance runs and recorded a best 0-100km/h time of 4.35 seconds. Audi claims 4.5! And for those who critique that it may be down to its all-wheel drive launch system, a ¼ mile time of 12.47 seconds at almost 200km/h proves that power is pretty relentless.

With the go-faster bit out of the way, you’re probably now interested in the car’s ride quality. A couple of years ago, enormous alloy wheels like these – as gorgeous as they may be – would have spelt an extremely choppy slow-speed ride and some sort of nervous, unsettled high speed character. Not so with this new S6.

As already proven by the divine (but optional) air suspension of a recent A7 55 TFSi test, Audi’s white coats have managed to engineer almost every bit of harshness out of their new model’s suspensions. Some caution should be exercised when negotiating small kerbs and driveways at parking speeds, but the rest is a sublime affair.

Sure, it’s a bit firmer than a regular Audi but even after a few hundred kilometres I was still enjoying my time behind the wheel. Speaking of which, one of my personal highlights in this vehicle was the dove grey leather interior. It lifted the ambience of an otherwise dark but supremely constructed cabin.

Personally I don’t like the overkill of screens – one large infotainment display will do – but Audi buyers may delight in the equally enormous gauge cluster screen and ventilation/drive mode display. Layout, resolution and response are excellent, direct sunlight is tolerable and fingerprints are as evident as they are in any other vehicle.

Obviously, they also unclutter the cockpit so there are hardly any button constellations to figure out. I like to think that Audi design and U.I. reached its zenith a few years back so Ingolstadt is now left with the unenviable task of progress for the sake of progress. You know, like some more air vents here or a new gear lever there.

Fuel consumption is claimed to be 8.3L/100km but I never ever saw single digits; and couldn’t care less. Ten is possible on a steady commute but the 12 (or occasional 15) L/100km I saw were rewarded by wonderful noises and huge bursts of speed. The tank can hold a sensible 73L which makes this car fairly long-distance friendly.

Calling an Audi S6 sedan your own starts at around R1,401,500 which also activates a one-year warranty and five-year 100,000km maintenance plan. That may be a lot of money for a car but remember that it’s pretty much perfect… and that’s confirmed by a conference room full of motoring journalists.