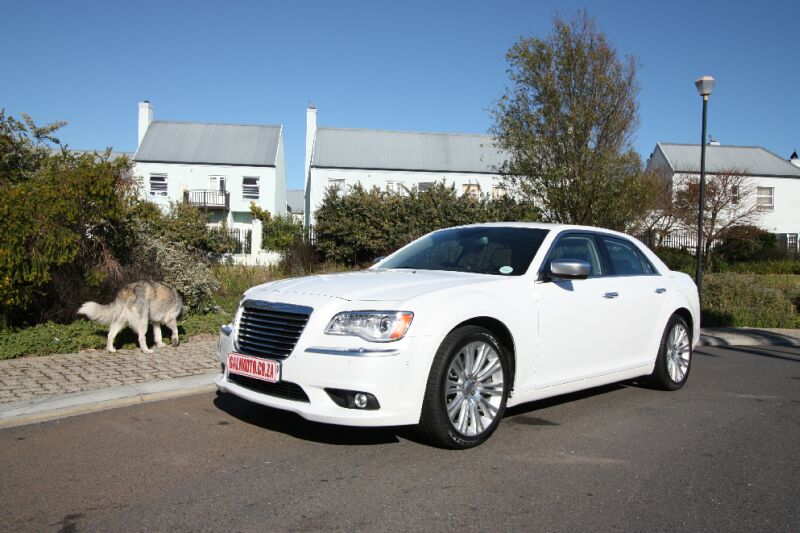 The other day I met a fabulously wealthy man. Casually dressed and very interesting to chat to, it didn’t take long before I steered our conversation to the topic of cars. Although this investment mogul could buy any car he wanted to – no really, any car – his preferred mode of transport is a Chrysler 300C.

There are many reasons for this choice and they don’t just apply to someone of his financial standing. Mature motoring enthusiasts may associate this brand with the opulent, gigantic and chrome-laden cruise ships of the 1950’s, or perhaps Chrysler’s unique styling may have been a factor.

Although they also sell the sedate (but successful) Voyager MPV and made the iffy Sebring convertible, Chrysler also gave us crazy stuff like the Prowler and PT Cruiser. Love it or hate it, that most retro of retro cars never had – and probably never will have – an equal in the mall’s parking lot.

The 300C is now in its second (modern) generation and achieves exactly the same thing. Parked between its contemporaries, nothing except Rolls-Royces compares to the bulky squareness and imposing proportions of the American.

That surely can’t be bad?

Drawn with simple and straight lines, the new 300C traced most of its forebear’s attributes and spruced them up with some design details. Its vast cabin with that low roof-line (the dual-pane panoramic roof restricts headroom slightly) has also been upgraded with new designs and features like the massive infotainment touch-screen.

A huge reason someone may choose the 300C, even those with eight or nine-figure bank accounts, is that it represents absurd value for money. Irrespective of which derivative you fancy, the amount of creature comforts would set you back a pretty penny elsewhere.

The range includes three models; a 3-litre turbo-diesel V6, a 3.6-litre petrol V6 and a brutal 6.4-litre petrol V8, all packed with goodies you’d pay extra for at most competing dealerships. Lexus and Infiniti come close but they can pack their bags when it comes to the American’s idea of space and presence.

I tower above most people at 1,94m or six foot four inches and while I fit into most modern automobiles, the Chrysler 300C is one of just a handful in which I feel a bit small. The comfy leather seats feel enormous, as does the steering wheel and indeed the whole car.

It’s true to its roots. It’s a Yank Tank.

So the neon blue and chrome instruments are a bit garish, the extremely comprehensive trip computer layout is a little messy, the dainty analogue clock looks like it melted and the Alpine sound system can get crass at high volumes but these are all American characteristics which suit the car perfectly.

That 8.4-inch touch-screen is jam-packed with items which take a while to explore but most features and controls are intuitive. Equally simple to use are the audio control buttons on the back of the steering wheel and the lonely combination stalk which harks back to the first 300C’s Mercedes roots.

The list of safety and comfort features could fill a whole page so I’d rather tell you about the wonderful soft-touch materials in the beautifully finished, two-tone beige and brown cabin of our test car. I especially liked the climate seats and cup holders, heated steering wheel, as well as the contrasting double-stitching.

All this and the matt wood effect trim suited the icy pearl car, although I maintain that the 300C’s bad boy image deserves a dark, menacing colour. And possibly the rumble of a moody V8 which you’ll only get in the top SRT8 model as the regular 5.7-litre HEMI V8 has been discontinued in southern Africa.

Our 300C was powered by the group’s new 3.6-litre Pentastar petrol V6 with 210kW (286hp) and 350Nm, transferred to the gigantic rear wheels via the ever-popular ZF eight-speed automatic gearbox.

In some cars it works brilliantly, not so much in others, and the 300C floats somewhere in between.

Driving around town with a tasty roar from the two chrome exhaust tips, the gearbox is smooth and perfectly matched to the engine’s mid-range outputs. The shift paddles are quite obedient and a Sport mode helps to keep the revs and gearbox responses up – which I found most helpful on the motorway.

Cruising at the 120km/h speed limit is quiet and very economical, I saw consumption drop below 8L/100km at a steady pace but overtaking and uphill journeys showcase the stretched ratios of the top two or three gears. The car’s hefty weight simply requires more power / revs than torque to keep going.

This also affects its handling which remains smooth and spongy until you push beyond the high grip levels of those fat tyres. Over-drive this 300C and the front washes out with under-steer while the back attempts over-steer before the computers step it. The SRT8 version is your best bet for some antisocial driving.

That doesn’t mean the other two are useless. Driven sensibly with respect for its heft and grace, the Chrysler 300C is a very spacious and refined luxury sedan with a strong American flavour. And at just N$509,990 for this petrol V6 model, you don’t have to be a millionaire to see the incredible value.