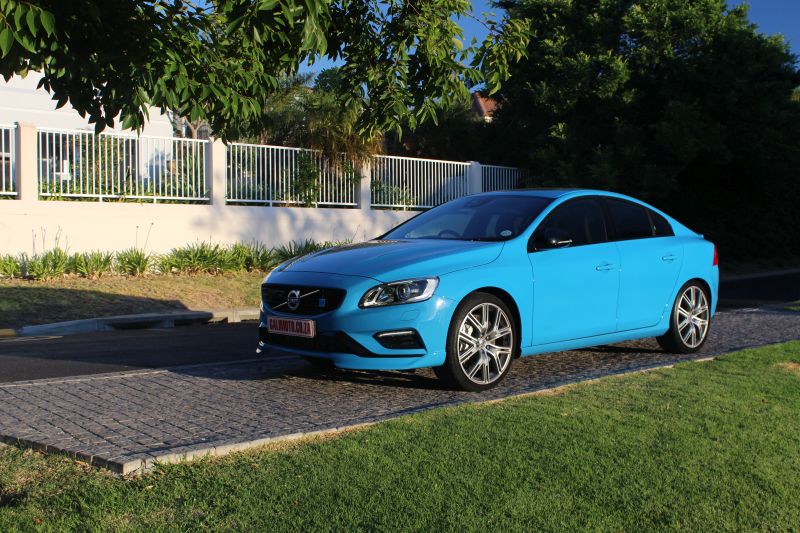 Volvo isn’t really known for red-hot performance cars although brand aficionados and the odd GTi pilot will attest to the rapidity of older Swedish metal sporting “T5” or “T6” badges. In more recent times, there’s been a new sticker adorning sporty Volvos – a cyan blue square with the word “Polestar”. 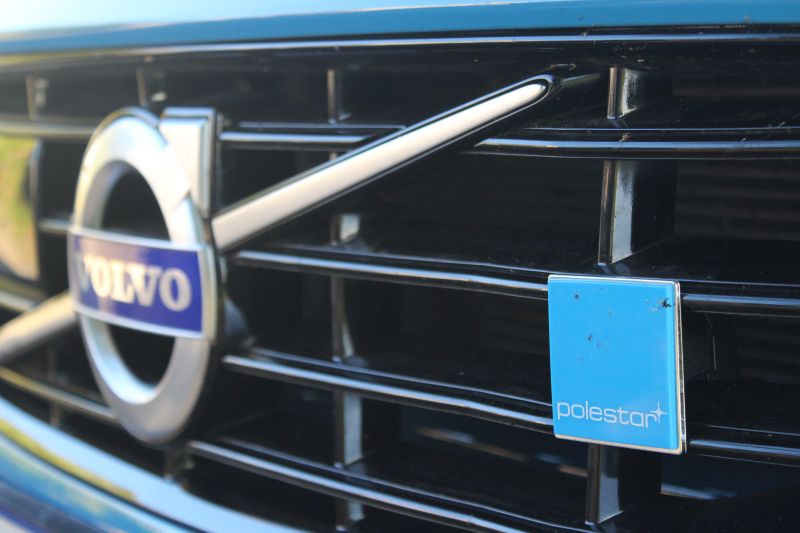 Like AMG became part of Mercedes-Benz, Polestar was an independent outfit predominantly occupied with racing and performance-tuning Volvos – until the Swedish car maker bought the company in 2015. That makes Polestar the performance-branch of Volvo responsible for exciting stuff like the new S60 Polestar. 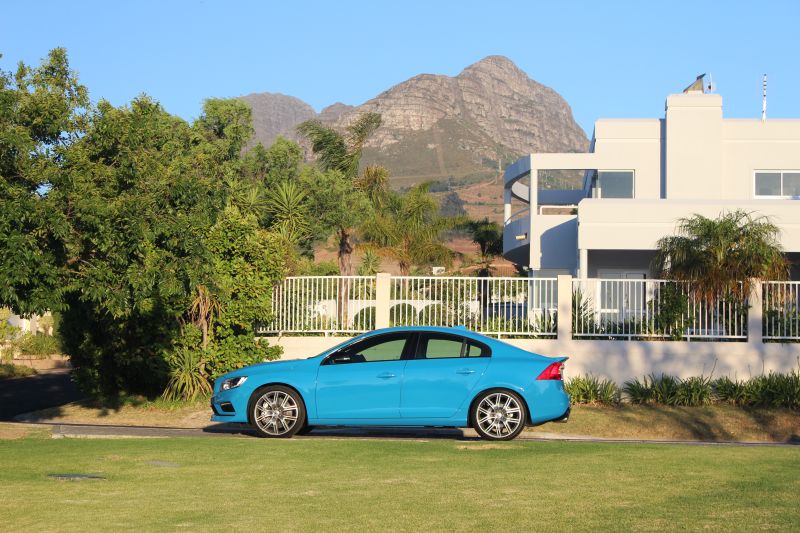 Really, exciting? I certainly thought so when the sky blue S60 crept into my driveway. Besides its brash colour, this Volvo hunches closer to the road with reasonably tasteful lips and spoilers, sporty accents, big exhaust pipes flanking a diffuser and thee most amazing wheels I’ve ever seen on a Volvo. 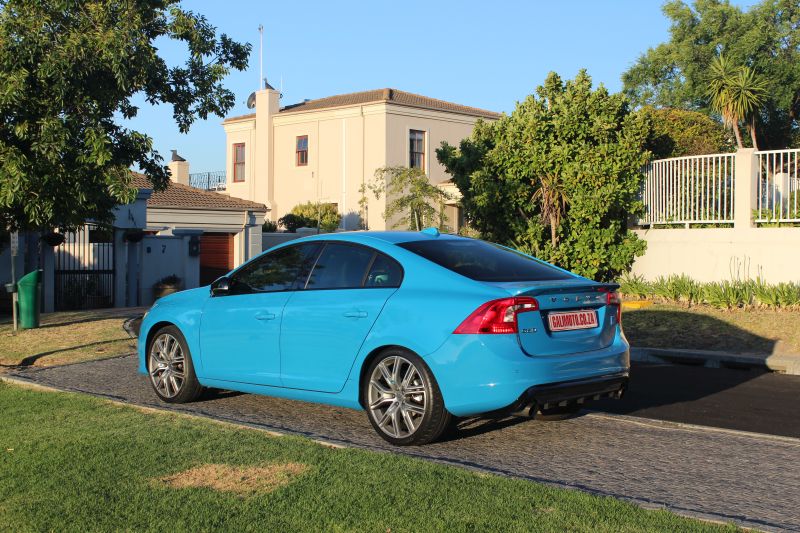 With enormous diameters of 20 inches, the protruding multi-spokes wouldn’t look out of place on a Maserati and beg extreme care near high pavements (sidewalks). They are wrapped, just about, in ultra-low-profile Michelin Pilot Super Sport tyres with rubber of the rather sticky and jolly expensive variety. 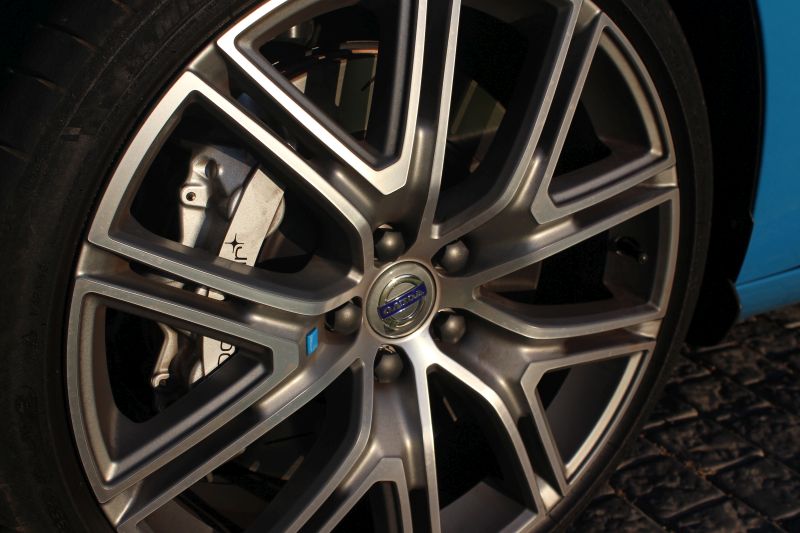 If that’s not enough of a statement, this Rebel Blue monster feeds its power to all four of these fat wheels for maximum traction under hard acceleration and fast cornering. Hard and fast in a Volvo? You bet. The 2016 Volvo S60 T6 Polestar boasts with maximum outputs of 270kW (367hp) or 470Nm. 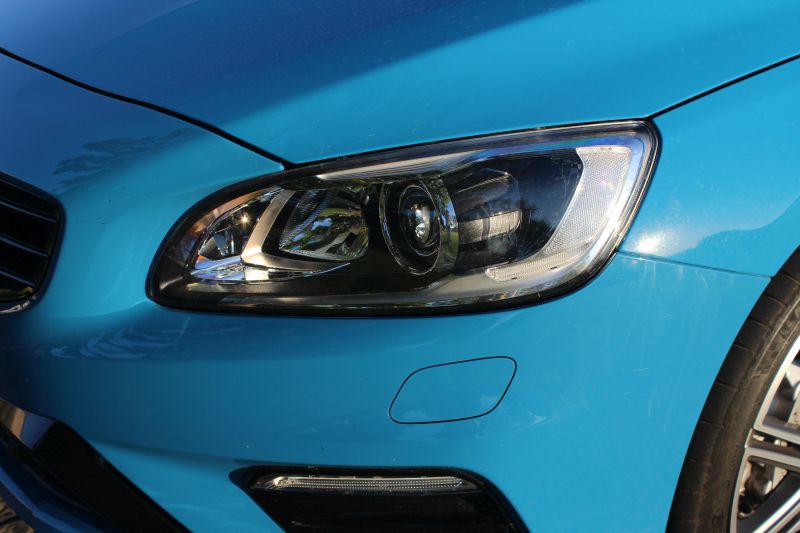 Where before the T6 nomenclature stood for 3-litre turbo-petrol six-cylinder, this updated S60 Polestar sports the hairy-chested version of the brand’s Drive-E (modular) 2-litre petrol straight four. To extract that crazy amount of power from it, this iteration uses turbo- AND super-charging. 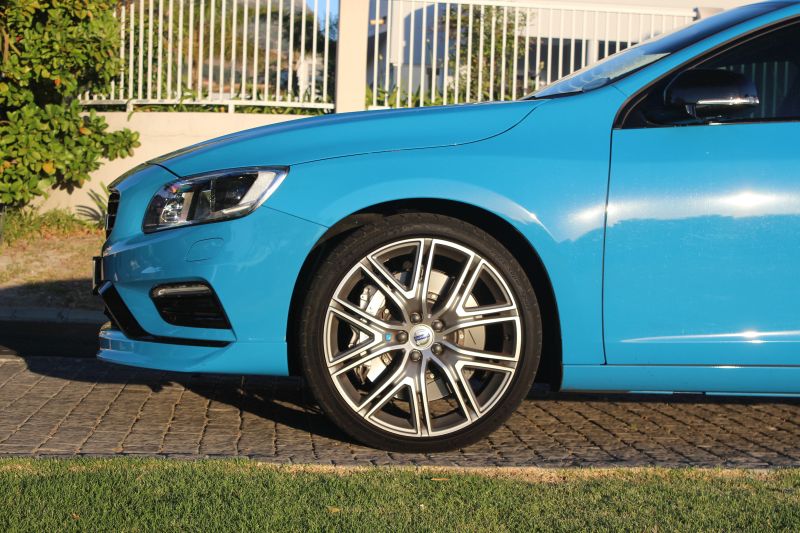 Also new to the S60 Polestar is the eight-speed Geartronic automatic gearbox with Launch Control which helps it to hit 100km/h in 4.7 seconds and an electronically limited top speed of 250km/h. Our performance tests revealed a best 0-100km/h sprint time of 5 seconds dead and 400m in 13.23 seconds at 170km/h (see further below). 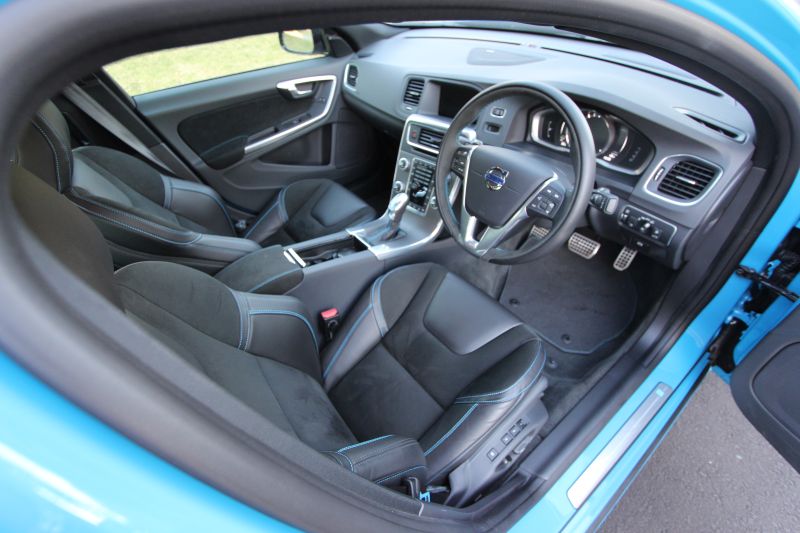 While slightly off the maker’s claim, that’s good enough to match 340i’s and annoy M3’s. Its excellent, four-wheeled traction will also please new owners with a penchant for winding back roads and mountain passes, although we found the gearbox indecisive at times. Another obvious downside is a hard, fidgety ride in town. 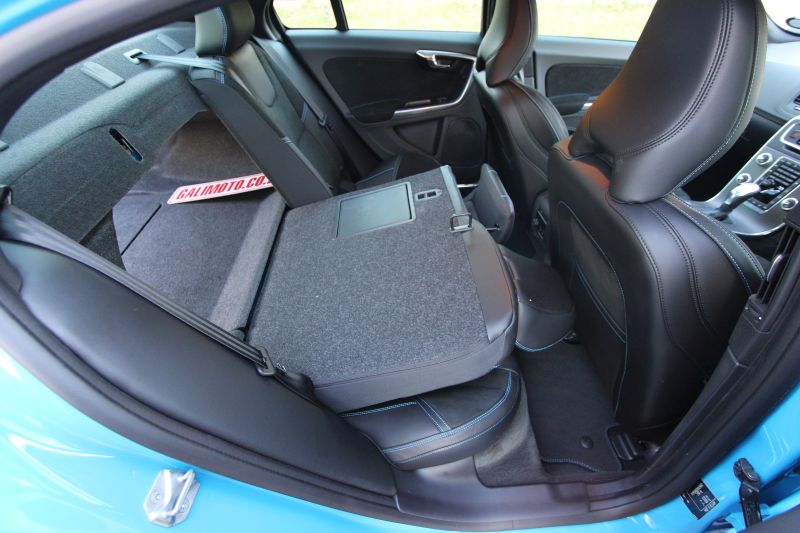 We employed our most sensitive suspension testing equipment, otherwise known as “Mom”, who gave the S60 Polestar a speedy thumbs-down. The sporty front seats got a whiff of praise for their relative softness but this car’s rigid and jerky movements over uneven suburban surfaces were dismissed as terrible. 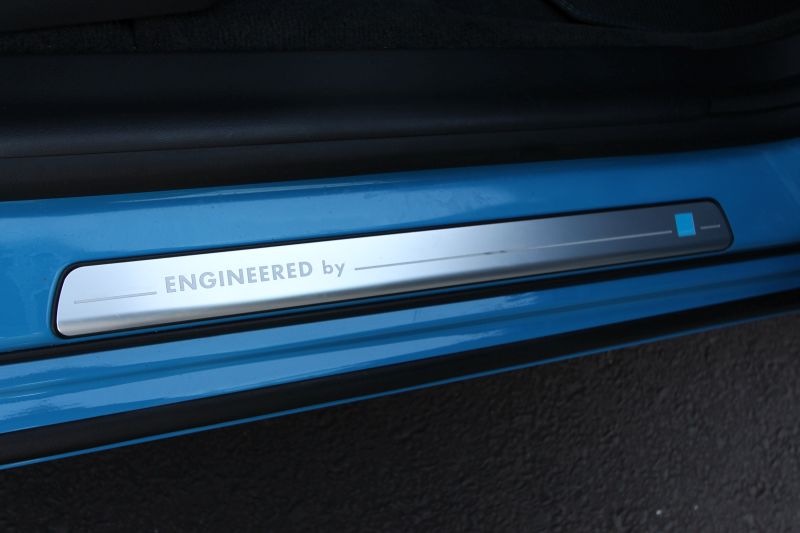 I certainly agree but find it no worse than its German rivals – the comfort of a family sedan has to be sacrificed for the uncompromising hardware that safely puts the insane power down. On the bright side, this Volvo can cruise just as quietly and gracefully as its competitors; on mirror-smooth surfaces. 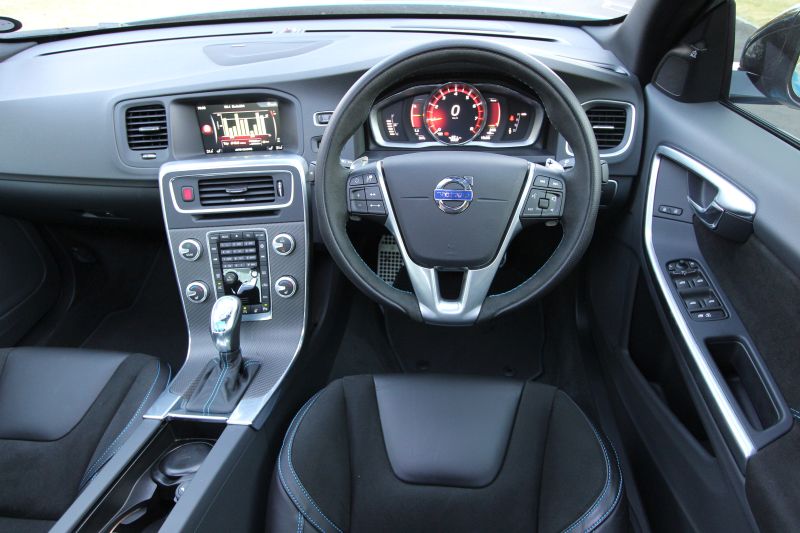 Other reasonable criticisms include its low nose and low dealer count, plus the high consumption when driven in anger. All these are prerequisites to sporty car ownership and Volvo claims that its S60 Polestar uses an average of 7.6L/100km from the 67L tank. We were happy when, at times, it briefly dipped under 10. 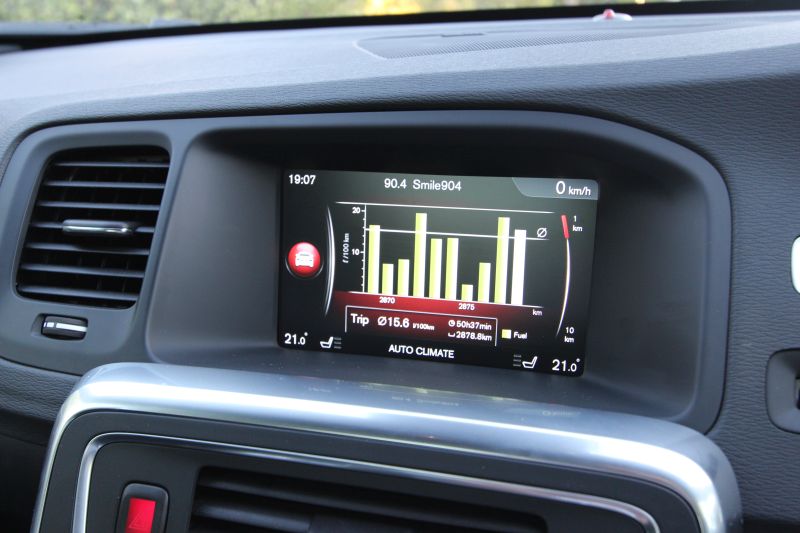 Some testers – myself included – mourned the loss of the enticing straight-six noises but every single driver instantly forgot them when right foot met carpet. In “S” (Sport) mode, the engine produces an interesting repertoire of force-fed noises; including shift or deceleration claps, crackles and pops from the exhaust. 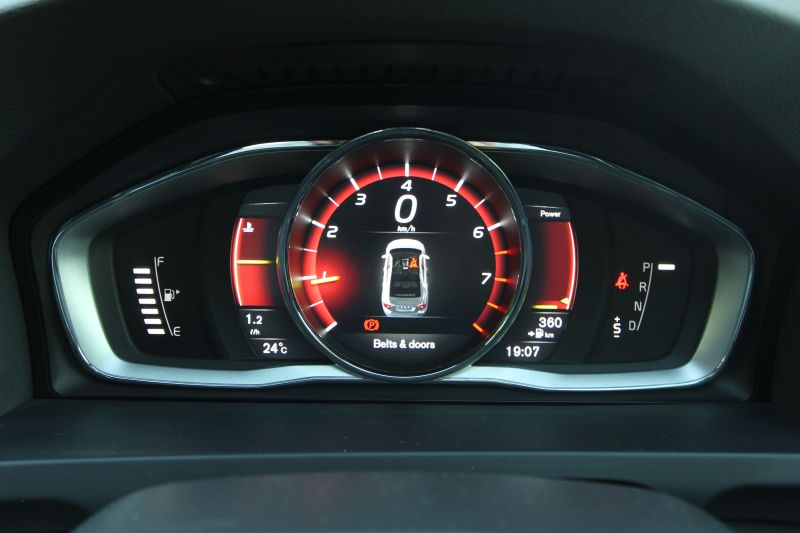 “This car is really, really fast!” noted the youngest and momentarily wide-eyed member of our crew. To which I had to add that it’s also really, really exclusive with just 45 coming to South Africa. As an added bonus, I found my biggest S60 criticism – its boot space –rectified because the T6 Polestar has no spare wheel. 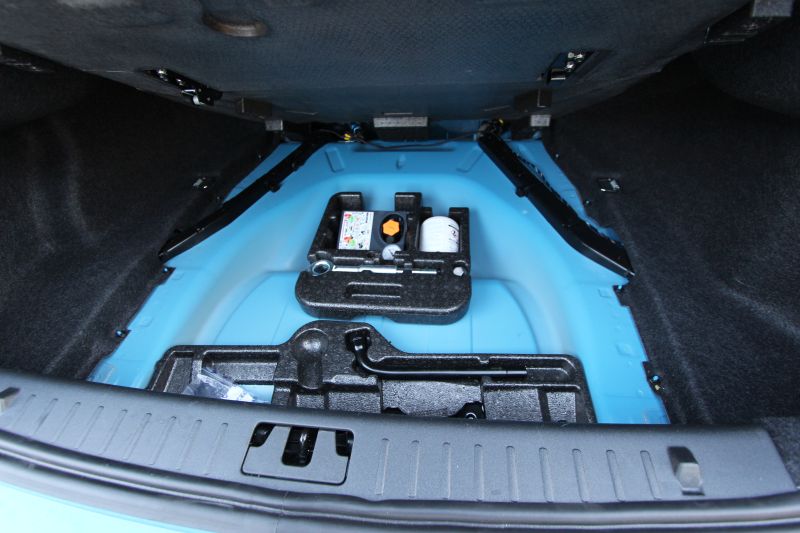 Finally, its asking price of N$757,000 includes comprehensive safety and luxury features, hardly any optional extras, as well as a five-year or 100,000km warranty and full maintenance plan. It’s also available in Ice White, Bright Silver or Onyx Black metallic but honestly, you have to order it in the aptly-named Rebel Blue.