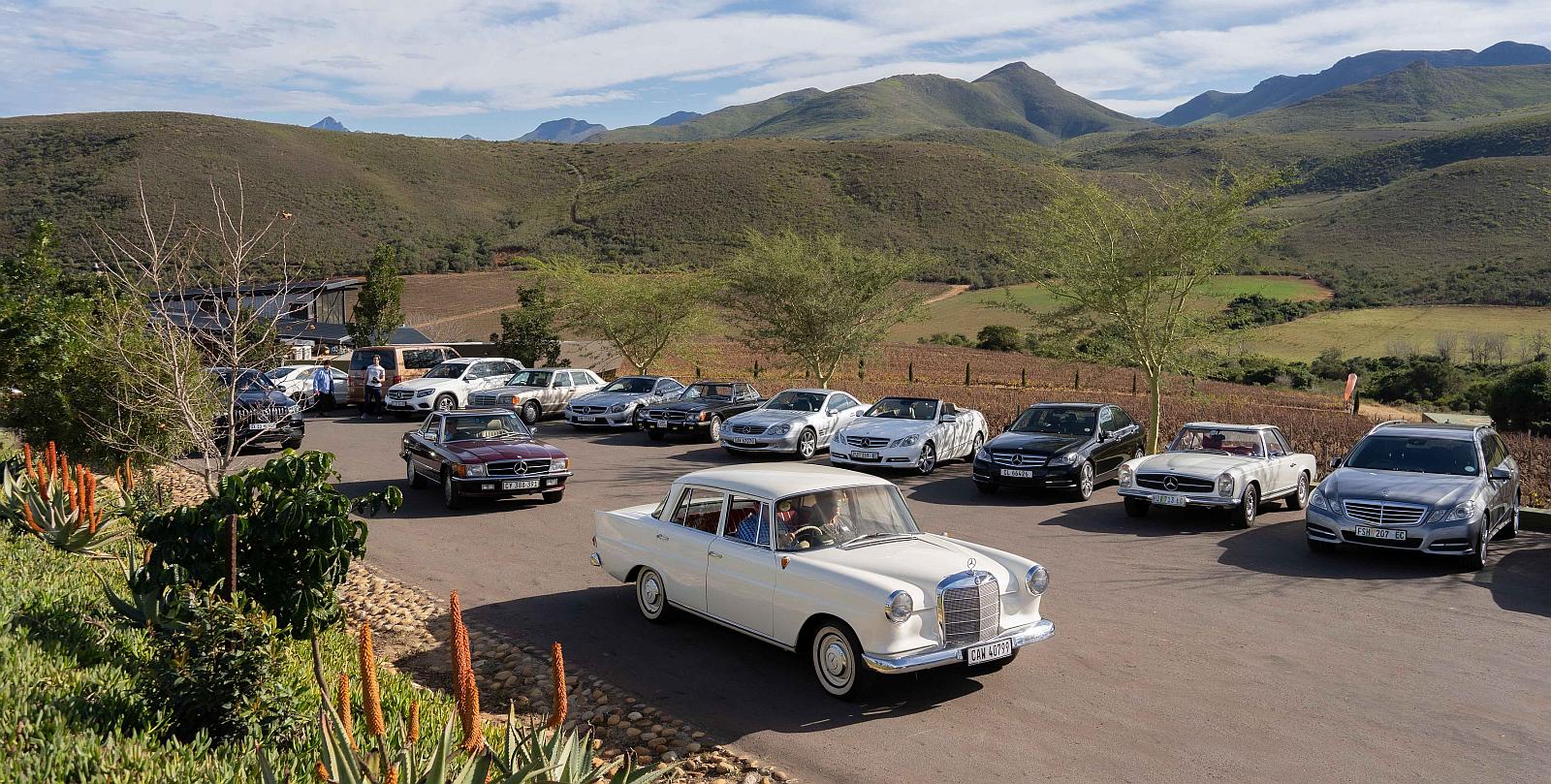 Beauty is in the eye of the beholder. This proverb was brutally hammered home by the car you’re looking at now: a black-on-black 2022 Mercedes-AMG GLE 63 S Coupé 4Matic Plus.

Let me quickly tell you what my idea of Mercedes beauty is. A Pagoda SL. In pale blue with cream leather seats. Or the timeless elegance of a W111 280SE Coupé, which took me many viewings to figure out that I most adore its pillar-less finesse in a single metallic colour. With a sunroof, air-con and Cognac Leather trim.

For this very reason, I signed up to the Mercedes-Benz Club of South Africa more than a decade ago and attend their outings or yearly gatherings as often as my whirlwind lifestyle permits it. This year’s annual do was scheduled for mid-June in Mossel Bay so I started prepping and polishing one of our family heirlooms for the trip.

Having been initially declined the use of a new Mercedes from the factory’s press fleet, I spent a good couple of days getting Mutti’s old Benz ready; going so far as to buy new tyres at the last minute. However… no sooner had I returned from the friendly tyre shop, when my colleagues announced that we had suddenly received an AMG for a few days.

WhatsApp servers groaned under the load of our discussions which, once we’d established that a jet-black GLE63 Coupé eats just as much as a cruising W123 280E, lead to a last-minute change in my Merc Club transport. And just to show how much I disapprove of this car’s rather vulgar design, I made my wife drive it for the first two days.

Parking it between sleek W126’s and understated R129’s, I even thought of buying a proverbial paper bag for the amusement of my fellow club members. And while some of them looked the other way, I was really surprised to find an enthusiastic handful who were eager to approach, inspect and learn more about our temporary steed.

Here are some of Black Beauty’s highlights: 4-litre AMG bi-turbo petrol V8 engine which can unleash up to 466e-kW or 850Nm through a supremely fast and smooth 9-speed automatic gearbox to an intelligent all-wheel drive system. That’s what the “4Matic Plus” bit stands for, by the way.

0-100km/h is claimed to take just 3.8 seconds and my single attempt (with GPS confirmation) resulted in 4.1 seconds. The quarter mile is dealt with in just 12.21 seconds at 116.73mph, putting this bulbous SUV into the category of “what just happened” when you line up with just about any car at the traffic lights.

The brakes are just as impressive with a single emergency stop taking just 2.96 seconds and 40.13 metres. Handling and steering, with multiple and customisable drive modes, defy the laws of what a soft-roader should be capable of, so you could safely assume that we had brought the fastest, most powerful and expensive car to this gig.

Except that you’d be wrong. With an SLS, twin-turbo V12’s and almost priceless drop-top Benzes in the mix, our black behemoth was none of those things. Nor was it the only specimen of its kind, as Stanmar Motors (one of the event’s sponsors) had brought a few 63 AMG’s of their own. And there was a blacked-out X6M parked next to us at the hotel.

Which lead me to another realisation. Never mind my own beliefs about its, umm, styling. With a price tag north of ZAR 3.2 million – excluding tasty optional extras – it turns out that these high-bum angry-faced brawlers enjoy a high degree of popularity. One elegant Afrikaans tannie at our gala dinner couldn’t stop raving about our beautiful car!

By this time I had finally gotten over my staid beliefs and swung myself behind the half-suede half-carbon steering wheel. Into the high-contrast, vented and heated seat. Oh my word. Yes, the power and acceleration is mind-bending, especially for this weight, but this car glides and cruises beautifully; with half its cylinders deactivated, if need be.

This is supposed to get you close to the maker’s claimed average fuel use of 12.6L/100km but you will see double that if you have a soul. Filled with petrol. And you floor it a lot. For the record, we did record a highway average of 10.2L/100km, perfectly matching our assumption that it eats just as much as ye olde M110 at speed.

To add a few more (objective) negatives, the window line is rather pinched so you’re heavily reliant on all the available parking aids in this vehicle. Media, gauge cluster and ventilation controls can be challenging to the uninitiated while the steering wheel is best operated with a delicate touch; for two reasons.

Firstly, this AMG’s directional response is fairly sharp for such a big machine, while the lane-, collision- and cruise-assistants can severely interfere with a quiet highway journey. We suggest de-activating most driving aids for our local conditions. Secondly, the steering wheel’s four main spokes are loaded – to the brim – with touch-sensitive buttons.

A personal problem I have, sitting at the Palmwag Lodge bar as I compose this text, is that this car has enormous invisible (black) alloys shod with ultra-low-profile high-speed tyres. This obviously aids any attempts at a Nürburgring Nordschleife time but is utterly useless for potholes, heavy corrugations, rocky roads or slegte plaaspaaie.

If I had the choice – and I don’t because of financial and local model issues – I’d rather get an E450 All Terrain Estate. And stay away from Palmwag. But if you want a humungous status symbol with excellent lights, exceptional toys, great handling, superb comfort and hilarious performance, this 2022 Mercedes-AMG GLE63 S 4Matic+ is the car for you.