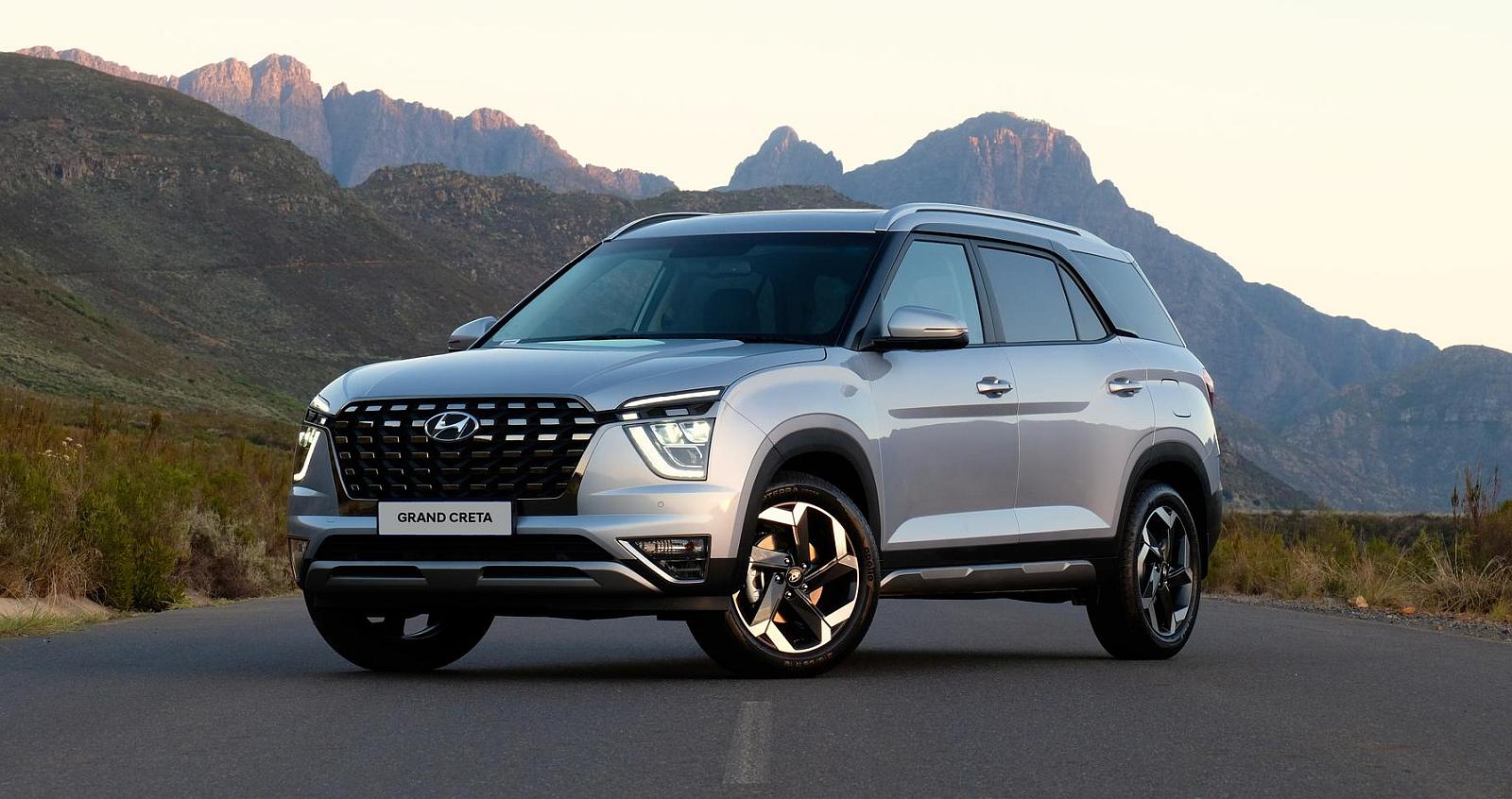 This is the brand-new Hyundai Grand Creta and, unless you work for the company, you’re probably just as surprised as we are about its sudden appearance.

The world most certainly didn’t need another SUV and – with much respect to our friendly hosts at this launch – we thought that Hyundai’s line-up was quite plump already. There’s the cheeky Kona, much-rejuvenated Creta, absolutely stunning new Tucson, my favourite Santa Fe and the ma-husive Palisade.

All of the above had fairly recent updates, thus they shine with trendy designs and desirable tech, yet somehow the Koreans found a gap in their line-up: seven seats. Santa Fe and Palisade can offer this luxury but they are understandably out of reach for a large section of buyers.

Enter stage left: the Grand Creta at half the price!

Although it has a slight resemblance to its namesake (which will fall in line with this car’s design later in the year), the Grand Creta is 20cm longer, about 5cm higher and has 10cm more ground clearance. Things get even more interesting when you look at the Grand’s model line-up, which has fairly little to do with the normal Creta.

I’ll let you be the judge if that’s worth the extra investment but the full keyless suite and sunroof won me over; and the instrument cluster screen is quite a cool thing to look at, especially as it changes to whatever drive mode you’ve selected.

Also, I absolutely loved the high contrast dual-tone interior but fear that our conservative local buyers will detest it.

Typing of which, while Hyundai S.A. is (presumably) working on a solution to dip the entire cabin in morbid black, they already bliksem’d the Grand Creta’s available colour spectrum into shape. Well, when I typed “colour” what I actually meant was “shade”. There’s white, silver, grey, dark blue and black.

When this part of his presentation gave rise to chuckling criticism from the roomful of journalists, Stanley Anderson of Hyundai Automotive S.A. quickly retaliated by explaining that nobody had bought any of the red Cretas. The market had spoken and Hyundai, as is their way, had listened very carefully.

This is why they also acknowledged the pricing gap to their fancier 7-seater products; and the potential of slight sales cannibalism between this roomy Grand Creta and an entry-level Tucson. They concluded by admitting that they had also been affected by global shortages so the new Tucson stock was quickly running out…

As for driving the newcomer, we only got to experience the 2L petrol automatic Elite model around an adventurous Cape route. Our test car was still in its infancy (with low three-digit mileage) so it felt somewhat lethargic when provoked; a characteristic which will worsen at higher altitudes like Jo’burg or Outjo.

The auto-box was acceptably responsive for a conventional torque-converter setup with silky-smooth shifts and a propensity to shift down on descents; to offer a modicum of engine braking. A slight negative (which my co-driver discovered) is the stiff steering feel around its centre; which is countered by a pleasingly comfortable ride.

This is doubly true when you consider what other stylish SUV’s on 18-inch wheels ride like, plus we found that the G.C. is well insulated from road noise, pleasingly poised on a dirt road, and quite forgiving when pushed into its electronic safety nets.

Prices at the time of the launch were between ZAR 450,000 to 560,000 but we encourage you to check local pricing and availability with your nearest dealer. Pick of the bunch is probably the Turbo-diesel Exec Auto around ZAR 510,000 and, of course, each new Hyundai comes with their super-size warranty and a medium service plan.