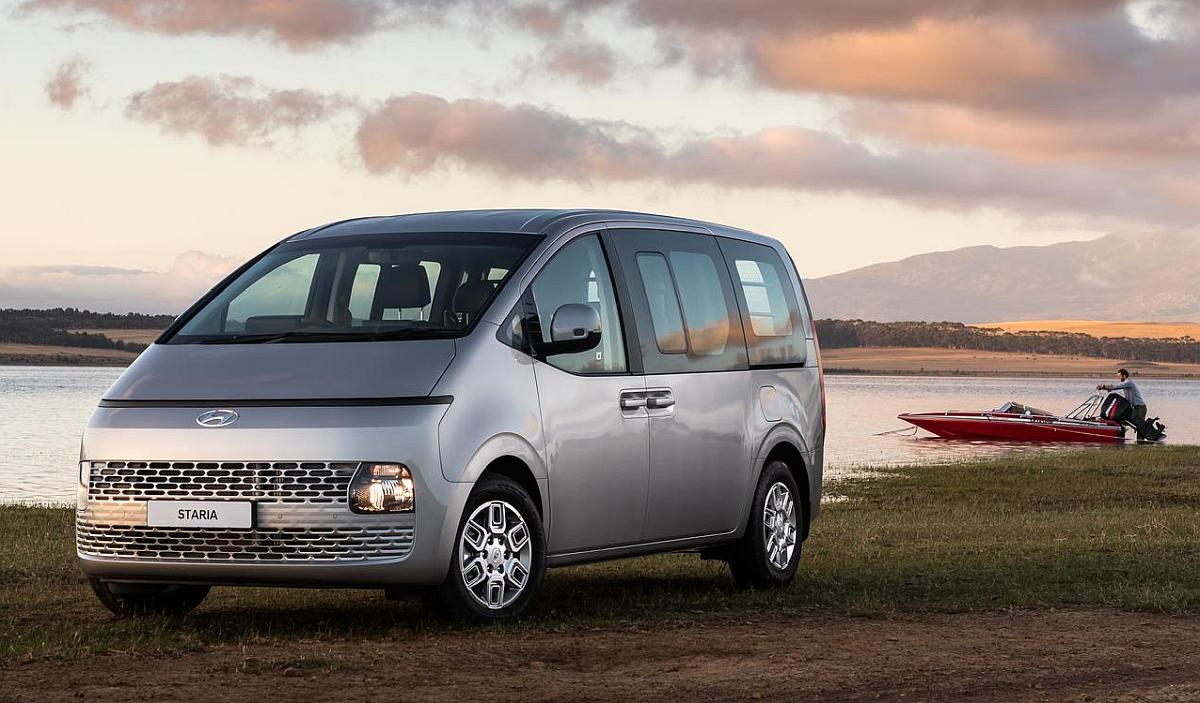 “A game changer. And proper car of the year material!” These are the words of a respected peer who gave me a lift to the recent Hyundai Staria Multicab launch near Cape Town.

So, does that mean the Staria Multicab possesses vertical thrusters or a hydrogen electric drive train? I’m afraid not, and much of everyone’s favourable impression stems from this MPV (multi-purpose vehicle) design. Although other people movers have become quite stylish, Hyundai just knocked one out of the park.

And the city limits. And possibly the county line. While the two popular German vans jostle for sales positions with expensive trim lines and perfectly executed style, the new Hyundai Staria looks like a Star Trek prop. It’s so unusual, so alien to look at, that it quite literally stops traffic.

Most of my colleagues were so impressed by this Korean beast that they agreed with onlookers who suggested that such a futuristic model should be powered by electricity. We at NamWheels wouldn’t bet a single cent against such future plans from Hyundai… there’s certainly enough room for a spot of e-mobility.

Speaking of room, as is their want and way, Hyundai S.A. execs proudly shared some sales statistics and detailed market shares during their presentation. While MPV’s are just a small slice of the pie, their numbers are on the rise. And the brand itself currently occupies about 10% of the entire ZA market. An enviable position!

But back to the Staria, which doesn’t just rely on looks that can arrest a whole street at fifty paces. This “MultiCab” derivative obviously denotes the half-cargo version, which at first looked like a normal Staria with a (double Euro pallet-friendly) black box stuck in the back. On second thoughts, that’s actually quite an apt description…

The cargo section really does look like a reinforced, open-ended, slightly rounded black canister with two swing doors and some bars in front of the windows. In front of that you’ll find the usual 3-seater row of seats while the very front has a separate driver and passenger seat; the predecessor H1’s middle jump seat is gone.

For the record, the H1 Multicab sold almost 1000 times in southern Africa. Hyundai is conservatively aiming for around 1600 Starias (including Multicabs) for the 2022 model year. This Staria cargo variant benefits from improvements like a stronger differential, improved HVAC sound deadening and a stiffer body with noise/vibration deadening foam inserts.

That older model’s staid but hardy interior has also made way for a cockpit that wouldn’t look out of place in a Citroen crossover. Highlights include the 8-inch touchscreen media system, automatic climate control, wireless mobile phone charger and fully digital instruments, although I prefer the design of those in the normal Staria MPV.

As for power, underneath that zany body you’ll find a sensible 2.2L 4-cylinder turbo-diesel sending a respectable 130kW (at 3,800rpm) or pretty impressive 430Nm (from just 1,500rpm onwards) to the front wheels via a more efficient 8-speed automatic gearbox which – hand on heart – we found highly responsive and agreeably smooth during our launch test drive route.

For now, the Staria Multicab is only available as this 5-seater R2.2 front-wheel-drive automatic derivative.

The manufacturer claims a top speed of 185km/h, again, a highly respectable number for what is essentially a stylish bread box with 215/65R17 wheels. 0-100km/h should take around 12.5 seconds and I’ll be all-too happy to test this claim when we receive a press vehicle to test near sea level; hopefully in the near future.

Hyundai S.A. claims average diesel use of 8.7L/100km and average CO2 emissions of 189g/km. Now consider this manufacturer’s amazing warranty and service plan – both of which are transferable upon sale – and the price of R759,900 suddenly makes a lot of sense. That’s a lot of metal for your money!

And best of all, next to their star client Transnet (who uses H1’s and Starias to shuttle train drivers across South Africa), this new Multicab shouldn’t just be considered as a versatile workhorse… you’ve probably seen in the accompanying pictures that it can also brighten up most of your chosen leisure-time activities.