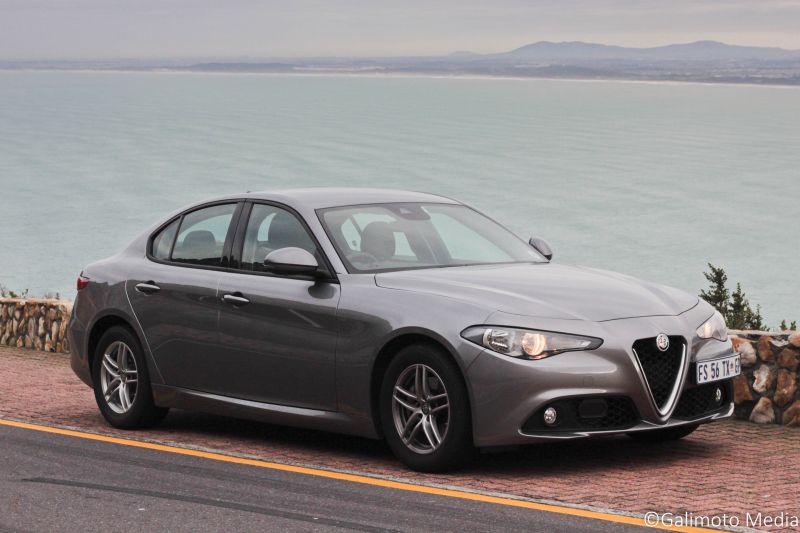 What you need to know: Alfa Romeo used to build lithe little runabouts which – with a bit of tinkering – would perform like sports cars. If you need any proof of this claim, just hurl names like Spider, Giulia (say: Julia), Sud or GTV at the nearest elderly gentlemen and get ready for wide-eyed tales of automotive antics.

Some stories may involve rust, break-downs and other maladies but should be balanced by fierce brand loyalty and pure driving joy. Also, more modern examples of the Italian brand will not produce the same passionate reactions with its fans; who are called “Alfisti”. This is where the brand-new Giulia steps in.

Some more facts: What sets this sedan apart from any attempt before it is that there is a fire-breathing, M3-killing version called QV (Quadrofoglio Verde = green clover leaf). The car we tested and that you’re reading about now is not that version, it’s the base-specification 2-litre turbo-petrol with 147kW or 330Nm.

This model is much better, trust me. It’s less expensive, rare, hard, scary or hungry and proved to be a proper Alfa. You want dodgy electrics and moody mechanicals? No problem. One driver reported multiple malfunction lights and a persistent tyre pressure warning but a few hours later it had miraculously mended itself.

Where we went: All over town, along some sweeping country roads and to a mall. The rear-wheel-drive Giulia is easy and quite responsive to drive. In the last two of its Alfa “dna” drive modes, the eight automatic gears change early and softly. Put it into “d” for dynamic and it gets all stroppy and exciting. We loved it.

The 480L boot is commendable and so is the ride from the sensible 16-inch wheels. Despite that, our Giulia bottomed out quite quickly. Its interior was a bit snug for tall people but you could also call it “cocooned”. The average fuel use of 6L/100km is (as always) only achievable for granny driving downhill.

Watch out for: You may get near that on a steady cruise but enthusiastic drivers should be happy with ten or less. We got ten. Also, we couldn’t deactivate the mean traction control, nor did anyone find a launch function. Alfa claims 0-100 in 6.6 seconds and we got seven flat. Top speed’s around 235 but we didn’t try that.

There are no shift paddles on the wheel but at least the gear lever tip-function is proper. One driver bemoaned the Audi-like dials, MMI-esque controls and BMW facsimile gear lever but most of us agreed that it’s part of the car’s charm. It unashamedly copied the major interfaces of brands it’s trying to nick customers from. Hehehe.

Why you’ll want one: The brand, the looks, the badge, the name, the exclusivity. We’re here to tell you that the base Giulia is great to drive, comfy, modern and reasonably practical. The price of about N$555,000 is a tad higher than its direct German rivals but it does have a longer warranty. Which you will probably need.