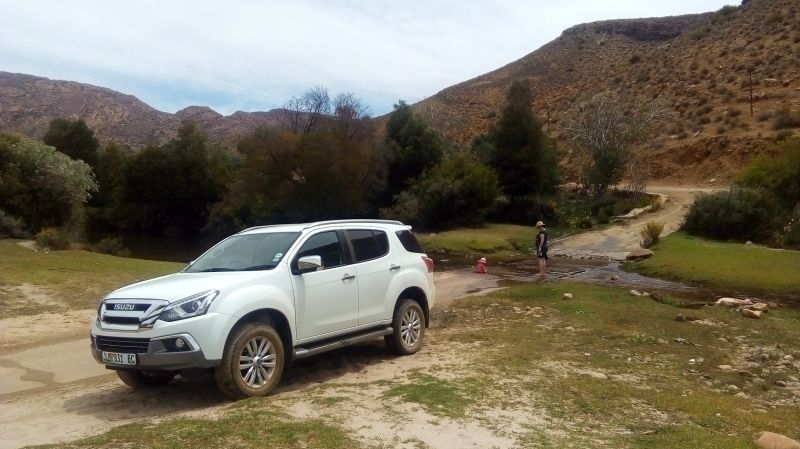 I believe that Isuzu’s new-old mu-X isn’t getting the credit it deserves. I also believe that the Japanese manufacturer agrees, which is why they gave us another mu-X to test during a weekend getaway in the Cederberg.

What you need to know: An extremely simplified explanation of the Mux’s origin is that you’re looking at a rebadged Chevy Trailblazer. Post-recession austerity measures at the American giant saw General Motors (Chevrolet’s parent company) pull out of multiple regions; southern Africa was unfortunately one of them.

Isuzu complemented their bakkie line-up by redressing the Trailblazer as this mu-X SUV. The result, complete with their own 3-litre engine, wasn’t well-received by tech-savvy journalists or hybrid-lovin’ first adopters. The mu-X is a slightly crude (bakkie-based), lumpy, out-dated, seven-seater family SUV.

More facts: It’s only available with the aforementioned 3.0 turbo-diesel four cylinder engine pushing up to 130kW or 380Nm through a six-speed automatic gearbox to either the rear wheels (R605,800) or all four tyres (R671,000). Its power delivery is not only noisy but, by modern standards, rather ponderous.

Where we went: Enjo Nature Farm in the secluded Bideuw Valley, where we got plenty of chances to test this Mux on gravel, farm and mountain roads. Steep passes and water crossings included. The big news here is that Isuzu has gifted their lethargic but brawny seven-seater an optional (R11,500) Eaton rear differential lock.

It’s a viscous unit, which means that it only (and automatically) engages when you need it.

Watch out for: The locker only works at speeds up to 30km/h, but we foresee no real issue with that. Gravel travel and the odd bit of rock climbing were no sweat for this vehicle but we did experience a hint of inside wheel scrubbing while doing a u-turn on tarmac. To be fair, we had just emerged from a slow crawl down a rock-infested hillside path.

Oh, and that infotainment system isn’t the most intuitive unit around.

Why you’ll want one: First and foremost, because you don’t want a Fortuner. Secondly, because you like Isuzus. All remaining reasoning will be a matter of taste but we think that the mu-X looks good, rides reasonably well, is extremely spacious and practical, offers a cheap but hardy cabin, and represents fair value for money.