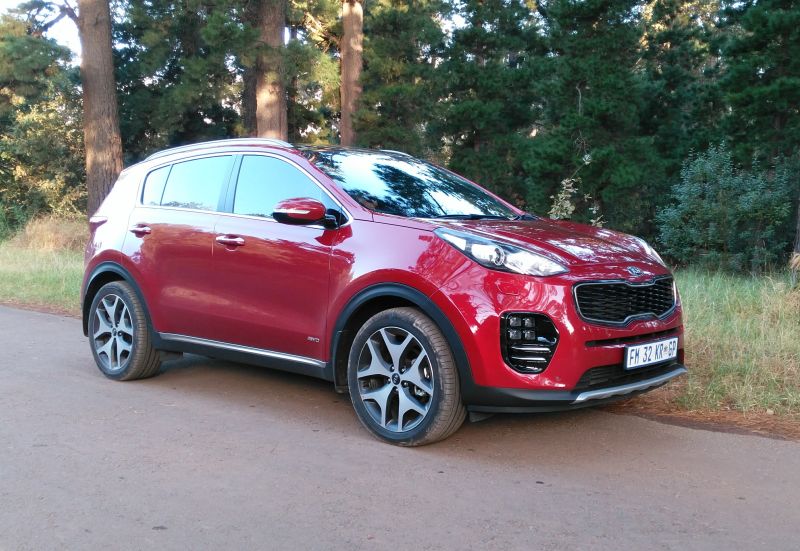 One new car, lots of information in short paragraphs.

What you need to know: Kia’s new Sportage is closely related to its Korean cousin, the Hyundai Tucson. Besides sharing a lot of technology, the relation is evident in both vehicle’s stylish looks. Where a Tucson shows flowing lines, the Sportage was penned with more determined strokes of the pen.

NamWheels doesn’t like the bulging, Picanto-like nose but, as in most new cars, this aids pedestrian safety and crash test ratings. The rest of this Sportage version 2.0 is well proportioned with stylish details. Inside it’s the same story, especially in this top-of-the-range model featuring two-tone leather trim.

More facts: At N$600,000-ish it has a shocking price tag but retaliates with many toys and safety devices.

Helping to make the best out of the 1.6L turbo-petrol four-cylinder engine’s 130kW and 265Nm are a seven-speed automatic gearbox, intelligent all-wheel drive (with AWD lock), three drive modes, full stability and traction control, some paddle shifters, a taut suspension and fat 19-inch wheels with superb levels of grip.

Where we went: The typical destinations of any modern urban dweller but mixed with some unplanned medical appointments. If you don’t watch your step of a late evening, you’ll end up with weeks of doctor, chiro and physio visits. Happily, the Sportage is comfortable and capable. Except for one thing…

Watch out for: That awful gearbox! In its default and “Eco” modes it was so jerky at low speeds that I broke a man-rule and actually opened the owner’s manual. Here I learnt that the twin-clutch unit can behave like an automated manual ‘box at low speeds. Which it does – and thereby ruins an otherwise decent automobile.

At speed, the DCT ‘box is fine; although not as responsive as those of its more established counterparts. Downshifts are good, the up-shift commands can linger a little.

Slow starts (especially uphill) mimic a slipping clutch and can result in warning lights. Red-lining the perky motor is impossible, the silly gearbox shifts up when IT wants to.

Not exactly sporty but ok for a soft-roader. A positive note is that – on the move – this transmission is rather well matched to the engine’s low and mid-range clout. Seven ratios means that it usually cruises at or below 2,000rpm; resulting in claimed average consumption of 6.5L/100km. We call B.S. – our mixed route average was closer to 10.

Why you’ll want one: Style, gadgets, relative rarity (at the moment) and an overall well-polished product. If you do a lot of open-road driving, this DCT model is probably ok. But if you spend a lot of time in slow traffic, we advise a VERY elaborate test-drive before you sign on the dotted line!