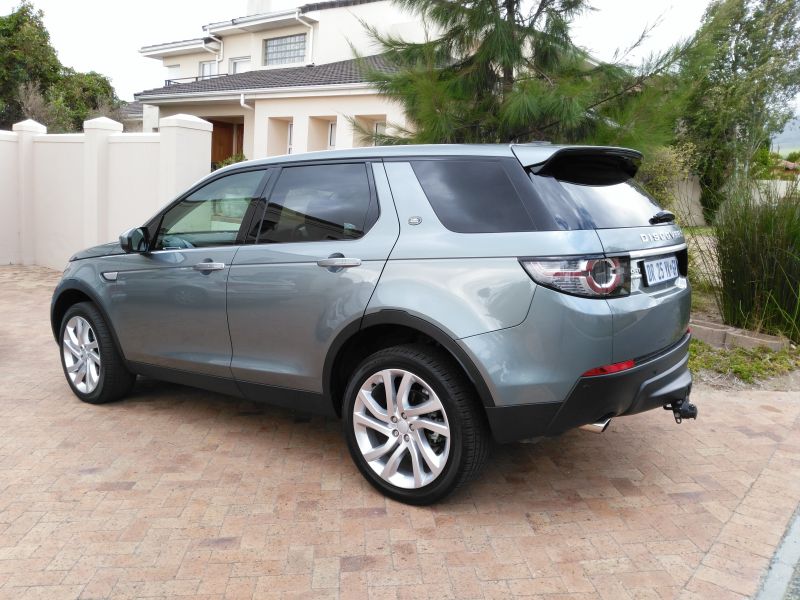 A new car, lots of info in short paragraphs.

What you need to know: The Freelander is no more. Remember that square, compact, slightly drab-looking Land Rover? Well, quite a few of my acquaintances bought its practical boxy shape and – save for owners of early examples – are happy chappies and don’t look like they’ll upgrade their Landies any time soon.

This Discovery Sport took over from the Freelander and rides on the same modern platform as the über-trendy Evoque; which it also nicked its main design elements from. It’s all part of Land Rover’s tornado of product revitalization: out with the boxy brutes and in with these stylish lifestyle SUV’s.

Some more facts: Like its Range Rover brothers, this “Sport” denotes the smaller, cheaper and edgier version of a bigger model. Forget about the current (rectangular) Discovery, that’s being replaced by a new model soon which will receive plenty of tech updates and – you guessed it – Evoque styling.

Available as a 2-litre turbo-diesel or turbo-petrol, Discovery Sport is also available in four equipment lines with plenty of options. All models use Land Rover’s latest “Terrain Response” intelligent 4WD system. We tested the top-spot SD4 HSE Luxury with all modern trimmings your travel bug heart could yearn for.

Where we drove: Besides mundane city traffic and pervasive highway jams, this seven-seater luxury SUV took us for a weekend break to Langebaan on the Cape’s West Coast. Thanks to nine automatic gears and the punchy TD motor (140kW/420Nm) it absolved the journey in modern comfort, speed and economy.

At the busy seaside village, we noticed that the Disco Sport got a few looks and the odd nod of approval. Perhaps it’s the new styling but nobody told us any Landy jokes… Just as pleasant was the car’s mix of contemporary looks and tried off-road technology – it didn’t look out of place between Fortuners and X5’s.

Watch out for: Purchase price, mostly. At N$775,300 this is far from a bargain but, as with most Land Rover products, we advise buying a cheaper one and adding a few optional extras. The dodgy days of reliability are long gone but you also get a 5-year / 100,000km maintenance plan with your purchase.

Why you’ll want one: Crisp design, functional interior, seven seats, excellent turbo-Diesel efficiency (claimed 6.3L/100km from the 65L tank), clever off-road tech and smooth on-road abilities. The Discovery Sport shows what a modern Land Rover can be – a car for every purpose.