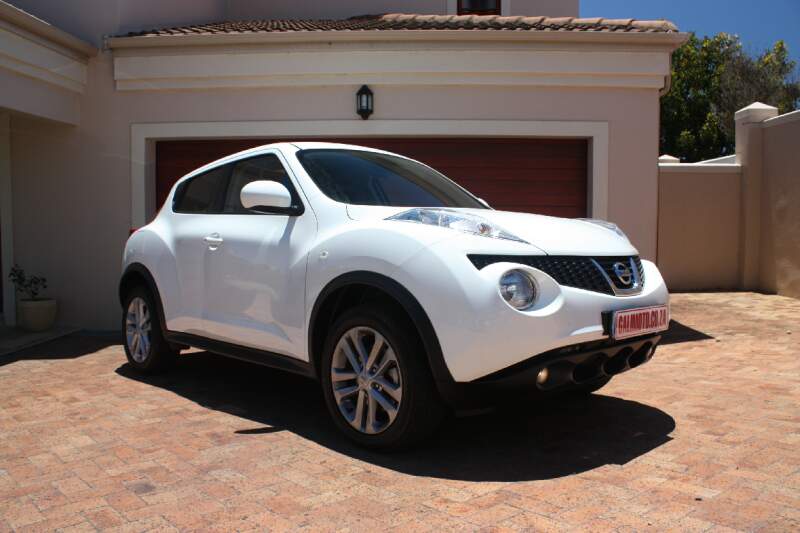 For today’s review I’d like to you sit back and consider your verdict on the following: liquorice, Tequila, sushi, Kurt Darren, Marmite, Jägermeister and dark chocolate. I’d bet half my pay slip that half of you hated half the list and loved the rest; and vice versa.

The same can be said for a few cars and their popularity or notoriety generally hinges on just one thing: looks. Think Fiat Multipla, Chrysler PT Cruiser, BMW X6 and most Ssangyongs. The list may now include the new Nissan JUKE as people’s opinions are neatly cleft in two – love or hate.

Reason numero uno would be its attempt at a face. Unlike the animated movie CARS, I think cars’ faces are limited to their front extremities – lights are eyes, grills are noses and bumpers are mouths. In which case, the Nissan JUKE has four eyes and is obviously a nerd, an alien or a mutant.

I really can’t decide which light cluster represents its eyes but I’m swaying towards the top ones along its pronounced bonnet ridge. Things get slightly more conventional as you pass along its chunky sides with bulging wheel arches, black plastic skirting, slanting window line and hidden rear door handles.

Nissan apparently took various bits off other vehicles, chucked them into a car-sized blender and pressed the power button repeatedly until the JUKE popped out. Its rear lights may be 370Z, the wide hips and 180mm ground clearance accentuate a crouching Qashqai stance and clean rear end.

The JUKE is close to the Qashqai in terms of price and technology. It’s a proper city slicker and doesn’t bother with four-wheel-drive, so perhaps the Qashqai could become more of an urban 4×4 and bring down the excellent X-Trail from its high pricing pedestal.

JUKE’s interior is delightfully different too, but a Citroën it ain’t. Most switch-gear is where you expect to find it, fit and finish is adequate, everything works as you’d like it to and there are a handful of swooping surfaces, silver handles, motorbike-inspired shiny lacquer elements and funky displays.

Press a button and the colourful climate control screen and its buttons turn into a three-way drive control unit. Eco, Normal and Sport change the JUKE’s character and even display consumption, boost, torque or g-force meters like big, big brother GT-R.

The seats are comfy and relatively supportive, the multi-function steering wheel is slightly over-assisted (read: a breeze to turn) and the pedals behave impeccably. There’s a slight delay post-throttle but the crunchy, direct 6-speed manual gearbox makes up for that.

So the driving dynamics are typical for a Nissan. Smooth, easy and responsive Japanese performance with a dash of happy surprise. The two surprises in this blend are a firm suspension and the 1.6 DIG-T turbo-charged engine. Cool name, by the way.

1618ccm produce an astonishing 140kW (190hp) or 240Nm to hit 100km/h in 8 seconds. Two decades ago, that’s what 3-litre straight sixes used to produce! Except that those beasts didn’t comply with Euro5 emissions standards and couldn’t manage average CO2 to the tune of just 159g/km.

Welcome to the dual-intercooled future of small force-fed engines which offer three-litre performance and 1.6-litre consumption – when driven nicely. Our JUKE often helped itself to 10L/100km from the 46L tank but was also happy with 7 to 8 litres once we behaved ourselves.

Not that we wanted to. The frisky little motor struggles a bit at low revs but picks up speed with linear urge and a faint whine. Keep shifting on the red line and the top-spec JUKE turns into a sporty little number, its tight chassis helping to drive around corners like a teenager.

Push too hard and the under-steer is reeled in by the clever stability control, switch that off and start saving for a new set of front tyres. Torque steer is tolerable but an unhindered turbo JUKE quickly smokes one or both drive wheels under hard acceleration.

Rear passengers have sufficient room but may complain about the choppy ride or boot space of just 251L. You can fold the 60/40 rear bench for more cargo capacity and the JUKE also comes with toys like climate and cruise control, auto lights and wipers, Bluetooth and keyless entry/ignition.

Specifications also include comprehensive active and passive safety systems plus a 3-year/100,000km warranty and 3-year/90,000km service plan. Prices start at N$198,000 and run through two engine and three spec levels before ending with N$258,800 for this urgent version.

Love it or hate it, the Nissan JUKE is a distinctive car with good habits and spec-levels that justify its asking price. It’s a little shy on space but high on driving pleasure – go for the DIG-T to add some wasabi to your sushi.