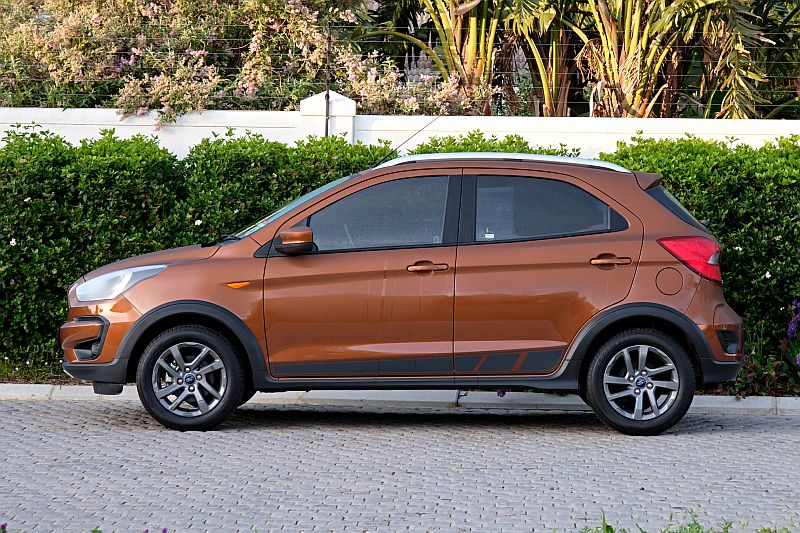 I’ll let you into a little secret. Most motoring journalists are complete and utter hypocrites. They tell you to buy this, rave on about that, but don’t even own a car or nurture some old classic. I fall into the latter category…

Thus it gives me great pleasure that – also as an apology for this bad behaviour – I’m here to tell you about a great little car that I would actually buy. Out of the box, with my own money. And no, it’s not a stylish old land-yacht or some new-fangled crossover SUV… it’s a humble little Ford hatchback.

In keeping with this honest admission, I’m also happy to reveal that I like all these mildly warmed up automotive leftovers we get served in southern Africa. Vivo or Figo, GT or Freestyle, there’s something wonderfully wholesome about these affordable, reliable and versatile little automobiles.

Sure, they’re nowhere near exotic and – even when dressed up with stickers and alloys – far from exciting. But all of them carry a whole generation of development mixed with basic safety requirements, sensible African (or Indian) style and, of course, the latest in communication or entertainment tech.

All of those reasons make the Ford Figo a firm favourite at NamWheels and although we’d gift its fierce Volkswagen rival the crown for perceived quality, we believe that the Figo’s inferior plastic textures won’t affect everyone’s buying decision. At this price point, it’s absolutely fine. Ditto for the previous versions of both rivals.

So, to finally get to this Freestyle model… it’s a dressed-up urban crossover vibe reminiscent of the angry, err, Cross Polo or Hyundai i20 Active. Yet another thing we like about these bizarre creations is that they lend a bit of attitude to an otherwise mundane vehicle and, for the most part, they don’t pretend to be something they’re not.

Extra power? Nope, they never claimed that. More ground clearance? Ah-ah, nothing’s changed. Four wheel drive, diff locks or knobbly tyres? Stop it now. These are city hatchbacks with plastic cladding and shiny stickers which – thanks to some blunders by the first-gen Cross Polo – come with fairly normal tyres.

Another item this model shares with its lesser brethren is Ford’s gutsy 1.5L in-line 3-cylinder petrol engine. This is yet another item that’s very high up on NamWheels approval list because the little motor has an amazing blend of eagerness, torque and flexibility. Paired to a five-speed manual gearbox, it’s a little corker of an engine!

The manufacturer claims maximum figures of 91kW and 150Nm but – at least near sea level – it often felt like we had 200Nm underfoot. The Freestyle’s kerb weight of 1,045kg may also have something to do with that. Ford claims a top speed of 175km/h and 0-100km/h in 11.8 seconds but this choco-brown metallic Freestyle punched out a best time of 9.59 seconds.

See what we mean?

This funky little hatchback kept on surprising us, from its easy controls and great turning radius to the simplicity and ease of its infotainment system. It even got a bit frisky when driven in anger as the absence of traction control will eventually produce a one-tyre fire in tight bends; or lift-off over-steer in fast ones.

You could see that as a potential danger or downside but (again) we find it wonderfully refreshing that a car will go, turn and stop as commanded to; and without the interference of an all-seeing computerised nanny. And just in case you think we’re completely smitten, there was one huge gripe we had with this press car.

It smells of glue.