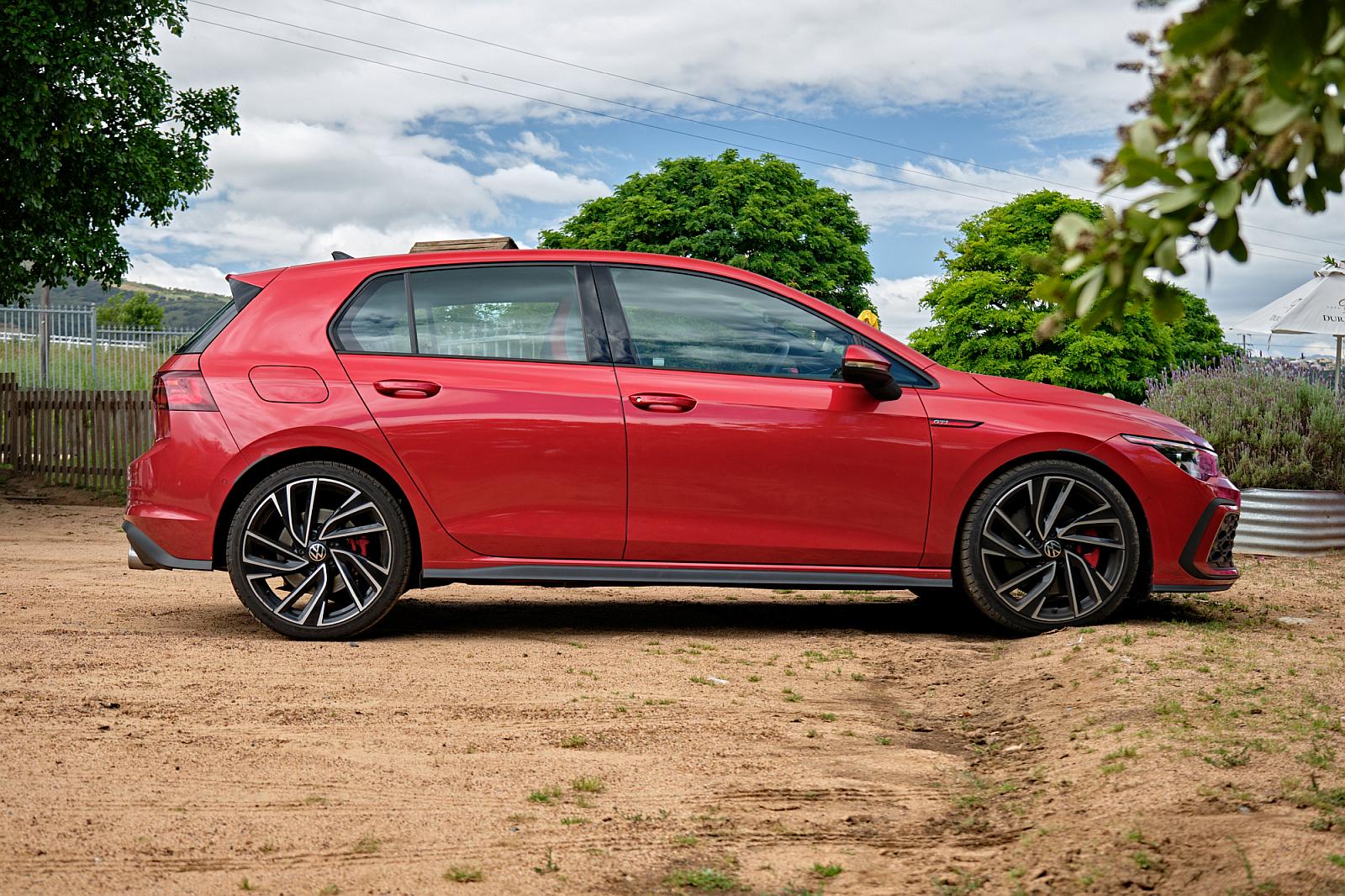 Progress for the sake of progress. With ever-increasing consumer demands and countless competitors in the wings, every new car is forced to be better in every measurable way. The new GTi has unfortunately fallen victim to that in a bad way…

I’ll pull the trigger immediately by jumping onto the bandwagon and proclaiming that GTi Mk8 is way too complicated. Not for its own good, I believe, but because of our insatiable desires to swipe, pair, gesture and update bloody everything. It seems like we want to do everything in a car; except maybe drive it?

Case in point: the Tesla-initiated idiocy of replacing physical buttons with an oversized and upright ipad. Of course this works wonders in any device which is either stationary or – in ideal cases involving Teslas – capable of piloting itself. But a mere mortal vehicle like a Golf still needs a human with (preferably) two steady hands on the wheel.

Yeah sure, the central tunnel and middle console look extremely chic when most of the buttons have been replaced by sculpted surfaces and animated cup holders but I immediately and desperately longed for the return of two switches: firstly, the start/stop system and secondly, some sort of stability control button.

I honestly don’t have a problem with those automatic engine start/stop systems (or any other driver aids, for that matter) as long as they aren’t too obtrusive and can be de-activated at will. As another random critique of this GTi 8, it would occasionally shut down the engine in an extremely rough, uncouth manner.

The system can indeed be de-activated but as I whinged to the absolute delight of my colleagues, you need to finish a three-year degree in technical engineering with a Master’s thesis in U.I. (user interface) design before you discover the settings menu, swipe the 3D GTi model on screen and finally stumble upon the desired button.

Actually, that may have been the required quest to tone down or kill the traction control. I’m not sure anymore… Honestly, who thought it was a wise idea to remove the buttons in favour of a teenager’s wet dream command centre which will nuke every other vehicle control if it should ever break?

Before I fly into more rage about too much screen time or insufficient fuel gauge markings, I’d like to defend VW at this point because I fervently believe that they had to make “The Eight” this complicated to keep up with (or try to stay ahead of) the pack. Focus ST, Megane RS, AMG 35, they’re all trying to out-do each other.

And the Golf GTi was, is, and probably always will be the standard by which all of them are measured. Now mix in our simply stupid cravings to drive a mobile laptop and you get this new eighth-generation model. The next one will drive itself, no doubt, and gen ten will surely be a full EV AutoBot?

Which leads me to the actual driving bit – a task which this hot hatchback always excelled at. The first few minutes behind the steering wheel of a car are crucial and I have to note that mine were extremely impressive. I kept away from any screens and simply zipped around my neighbourhood at low to moderate speeds.

First impressions: the GTi 8 doesn’t disappoint. It responds almost instantly, were it not for its EU-dictated tall-gear low-rpm baseline. The steering response is excellent, grip levels were never surpassed and the ride is borderline tolerable for a hot hatch. Again, the current wagon-wheel trend is to blame as it will always deliver comparably harsh low-speed damping.

Big wheels also produce a lot of tyre roar but my colleagues and I quickly noted that the new GTi is very well insulated and (unlike some cheaper VW brethren) nicely appointed inside. Most of the cabin materials are top class and this halo model retains the sensible stuff like carpeted door pockets or soft rubber linings in the various cockpit trays.

The front seats are amazing. Delicious to look at and even better to sit in, plus our test car offered multi-stage heating for the front pax. Rear space and comfort is OK, the cargo area is generous while fuel consumption is, umm, as bad as you’d like it. Restrain your right foot or coast at higher speeds to achieve the claimed average of 7L/100km.

One of my colleagues bemoaned the lack of a proper exhaust note in this car – yes, even in all the sporty settings – and I tend to agree. The R670,000 GTi 8 only gets noisy if you mesh your foot into the firewall, even its trademark Vrr-Pha is fairly subdued or completely absent if you’re not absolutely whipping it.

The same colleague also pointed out that his wife’s turbo-diesel Volvo felt faster, and while our performance tests disagree (6.59 vs the Volvo’s 7.63) we also agreed that this front-wheel drive car is nearing the limit of what a modern combination of suspension / diff / gearbox / ESP system can cleanly put down on the tarmac.

Which brings me to my final point. I think the GTi peaked a few generations ago, somewhere between Mk5 and Mk7 depending on your taste. It didn’t need more power, nor was it crying out for a large touch-screen. In fact, I think the perfect GTi is a red two-door MANUAL Mk5 or Mk6 with heated, tartan-inlay cloth seats.

And I will happily buy one to prove that point.