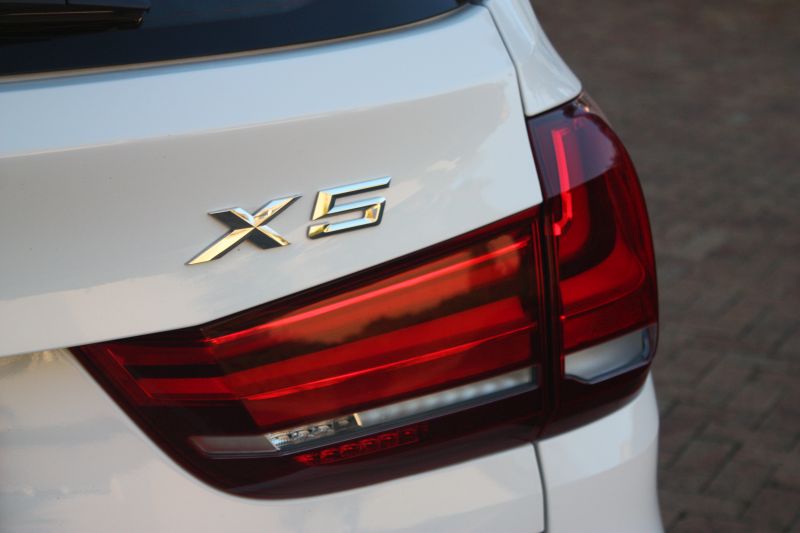 At the risk of sounding older than I pretend to be, my most recent test car inspired me to deal with a few old-time motoring truths. Well, by truths I mean assumptions and by assumptions I probably mean myths. The vehicle in question is BMW’s third-generation X5 with a punchy 2-litre Turbo-Diesel engine.

Ye olde X5 has been around since the turn of the millennium and paved the way for smaller soft-roaders in the BMW stable, as well as a myriad of competitors. Dubbed an S.A.V. (Sports Activity Vehicle) by the Bavarian firm, gen two arrived in 2007 with this third version taking the baton since 2014.

Things were easier in the old days.

Easy is a broad term. If you meant “simpler”, I would agree with you that nowadays we are inundated by a barrage of brands, sub-brands and countless models. Thirty years ago, BMW didn’t know how to spell off-roader and you could count all their model ranges on one hand. Nowadays, you may need a foot or two as well.

Sure, things were simpler because we had less choice but therein lies the beauty of our modern market. The mind truly boggles if you take the time to explore every single BMW model on their website. There’s just about something for everyone and if there isn’t, I can almost guarantee you that they’re working on it…

All cars look the same nowadays.

And all old cars didn’t? Puh-lease. There have always been unique creations and trend-setters but through the years, there’s usually a general design theme. Yes, some brands are blending too much uniformity into their current ranges (here’s looking at you, Audi and Mercedes) but BMW can’t be accused of that. Yet.

This new X5 not only carries a good dollop of its preceding models’ DNA, it looks unique next to its stablemates. On top of that, you may choose between various trim levels (Standard, Excellence, Experience or M Sport), dozens of optional extras, nine wheel designs and 15 paint hues. The possibilities are endless.

New cars are so terribly complicated.

Yes they are, I’ll give you that. But have you noticed what the consumer (that’s us) demands of a modern vehicle? Considering all the technology and gadgets that have to all work perfectly in our hectic lifestyles, it’s a bleedin’ miracle more cars don’t break down. Which, um, old ones often did. Remember that?

The BMW X5 is a perfect example of modern engineering. Jam-packed with cutting-edge tech (some of which most drivers aren’t even aware of) it just gets on with the job and doesn’t leak, rattle, smoke or stop after a week. For such a huge car, its dynamics never cease to amaze. Handling, steering, brakes, they’re all top-notch.

Again, if you meant “simpler”, i.e. more direct and honest, I agree with you. But in every other discipline, they just aren’t. This X5 has all imaginable driver and safety aids just waiting to save your bacon. It can call for help or predict the weather. For Peete’s sake, it even gives itself a check-up, including oil level and quality.

We only needed R5 for a weekend of driving.

Great, that’s because fuel cost half a cent per gallon and your car drank three of them a mile… or whatever they called it back then. This xDrive25d model not only churns out 170kW and 500Nm – unheard of 30 years ago – it also alleges an average Diesel use of 5.6L/100km. With mixed driving, we got around eight. That’s still 12,5km/L.

New cars have no character.

Nor do new human beings, it’s something you develop with age. The X5 may be a mass-produced SUV but it has certainly aged gracefully and built up a well-deserved following. Any wish list for a big, sophisticated and sporty soft-roader would be incomplete without an Ex Five on it. The character lies in its versatility.

Back then, cars were cheaper.

Sigh. Yes, they probably were. Before we get into a socio-economic debate about earnings and inflation, remember that new cars are infinitely more complicated and hence, jolly expensive. This X5 xDrive25d starts at N$945,700 but did I mention that it has eight gears, touch-screen media and intelligent all-wheel-drive?

I’m quite the fan of old cars myself, having owned a few, but this BMW is a showcase of the progress that’s been made over the last few decades. It’s an amazing combination of countless parts, all well-made and working together to move you with speed, luxury and style on most roads in almost any weather.