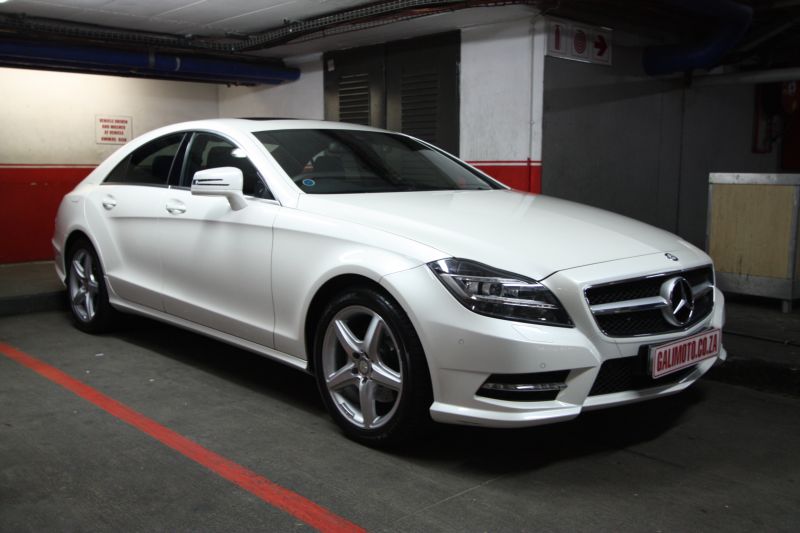 Mercedes-Benz is straddling two chairs at the moment. One it refuses to relinquish possession of which serves conservative and mostly existing clients. The other is of the most stylish and daring variety to attract new customers with younger wallets to their showroom.

With the audacious new A-Class making its way to southern Africa later this year, most other models are being dressed in similar designer fashion. The latest CLS is no exception and saw its elegant, almost feline form replaced by bold shapes, glitzy lights and flowing creases.

This makes the car look more Dubai than Dortmund, more Durban than Dresden. The CLS retains its drooping profile but has a more butch SLS-inspired front end while the old Ford Falcon backside has made way for two giant rugby ball lights. Someone even noted that it looked like a fish.

Other hallmarks are its pillar-less doors, very pinched window line and snug, four-seat interior which even made some passengers feel claustrophobic. The dashboard and doors rise high up into the cabin while the entire dash and rear seat divider are plastered in wood veneer, usually sporting a matt look.

Standard safety and infotainment equipment is impressive but most cool gadgets live exclusively on the options list – not so with some Japanese competitors. A standard CLS has all sorts of driver aids, plenty of airbags and a clever passive safety system to help in emergency situations.

You also get quite a few powered goodies and automated items for the price, as well as radio/DVD, hard-drive navigation on a 17-inch monitor with multi-selector knob, Aux socket, Bluetooth, climate control, voice command and a comprehensive (colour) trip computer with ECO meter.

You can / have to specify trick stuff like lane assist, keyless access and ignition, Logic 7 surround system or other multimedia upgrades. We found the infotainment system easy to use but the optional Harman Kardon speakers often sounded a bit harsh at higher volumes.

Mercedes reverted to its split instrument for fuel and temperature but swapped the dials around. The gear lever has made room for extra storage on the centre tunnel but its new position as a stalk on the steering column is a bit alarming. It’s a perfect mirror image of the indicator.

It takes a while to adapt to the concept but I foresee trouble if you also own an older Benz or Japanese car. The lever controls a super-smooth seven-speed automatic gearbox which converts the efforts of the CLS250 CDI’s sleeved ace – a 2.2-litre, 150kW (204hp), 500Nm, four-cylinder turbo-Diesel.

After a few hundred kilometres our average settled at 7.2L/100km owing to very mixed routes. Unless you plan on holding up traffic, the little engine uses quite a bit of fuel to get going but thanks to seven gears the consumption figure plummets once you’re cruising.

A start/stop system aims to reduce your consumption, as does the gearbox Eco mode (Sport and Comfort also available) while a dedicated ECO display rates your acceleration, consistency and coasting ability. Like other playful systems you may choose to hide it or have some fun while trying to save fuel.

With a 67L tank, we would’ve achieved just under 1,000km on a tank but have to stress that long distances will easily extend that range. As for performance, we clocked 0-100km/h in 8 seconds and top speed is claimed at 242km/h. That makes the CLS250 CDI more of a relaxed cruiser than a cruise missile.

Outright performance is mediocre but low-rev torque reserves are impressive. Ride and handling are extremely quiet and refined although this AMG package made low-speed bumps rather uncomfortable. Hard cornering goes from under-steer to ESP intervention, underlining the car’s 1,785kg weight.

Some observers loved the concept – a coupe-like sedan with hatchback consumption – while others dismissed the cheapest CLS because of its tractor noises and lack of performance. If you belong to the former group and travel long distances, the 250 CDI will be an impressive companion.

Every new CLS 250 CDI is sold with Mercedes-Benz’ new maintenance plan. Replacing MobiloDrive, PremiumDrive covers all services for six years or 100,000km and you still get a two-year unlimited-km warranty.