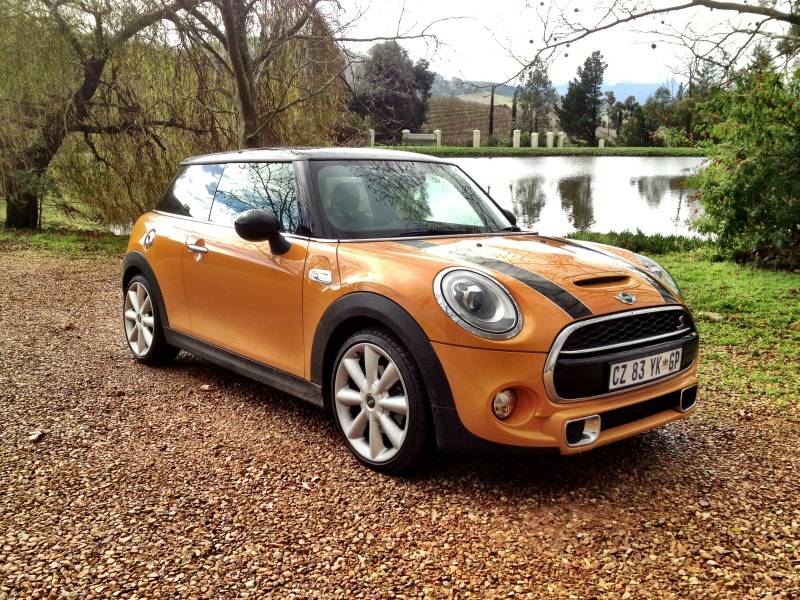 Hello. I don’t know who you are or even what your name is but I’m safely assuming that you’re sat behind your computer or a fresh newspaper because you’re interested in the new Mini Cooper S. Even if you haven’t got Mini-friendly funds at your disposal right now, I’ll try to make this a bit interesting.

The first, original Mini was introduced by the British Motor Corporation in 1959 and built until 2000. The new Mini (of which this is the latest generation) started a year later and is built in Britain by BMW. Although it isn’t as affordable or compact as the old one, the new Mini is certainly as cute and fun to drive.

For reasons unknown, lots of people *cough Americans cough* call every single Mini past, present and future a Minicooper. One word. Minicooper. This is incorrect. There were, are and will be models which are just a Mini; like the Mini One, Mini E, etcetera. Cooper derivatives are simply sportier versions.

The name comes from age-old ties with racing ace John Cooper and even today, the naughtier Minis are called “Cooper S” or “John Cooper Works”. This treatment has been given to almost every one of the many, many variants which have seen the light of day since BMW took the reigns of the brand.

This Cooper S is pretty close to what the original idea was.

When new Mini saw the light of day, it had a few retro touches like a huge central speedometer and information display as well as chunky toggle switches and a rev counter mounted on the steering column. Most of these survived in some way but this time ‘round with improved ergonomics.

That gigantic port hole is now purely for infotainment purposes with an 8.8-inch screen and sci-fi surround lighting to underline any push of the drive mode, audio or ventilation controls. Happily, the analogue speedometer has joined the rev counter and a small trip computer on the steering column.

Our test car offered navigation and multiple media inputs as well as Mini Connected and Office for extra connectivity in your mobile lifestyle. Sport gauges and vehicle checks are also included, as are motion-sensitive, programmable buttons and Bluetooth hands-free telephone convenience.

The first Mini made waves because it offered unbelievable space in such a compact shape. This was the work of Sir Alec Issigonis, a very clever man who mounted the tiny engine sideways with intricate front-wheel-drive to maximise cabin space. New Mini follows suit with increased dimensions and efficiency.

The bigger Countryman models are a better bet for families but singles and couples will love the new Mini whose tiny boot (211L) extends with the rear seat backs folded flat. Also, BMW has not just kept the original’s cheeky performance, they’ve added a bit more; wrapped in lots of refinement.

Driving the Cooper S feels like driving a tight, sporty little BMW – which it is. Pedal and steering feel is crisp while a hard ride (18-inch wheels on our test car) means plenty of cornering grip. The six-speed manual gearbox even blips the throttle on down-shifts to match the engine revs and make you look good.

Occasionally the gear lever may dive into the reverse tunnel when shifting from first to second gear but I happily forgave the Melrose-coloured Cooper S, also because it had a very diverse three-stage drive mode. “Eco” saves juice, “Normal” in boring traffic and Sport for getting your adrenaline flowing.

Some of the old Minis were assembled in South Africa but this new model is fully imported, thus it costs a hefty N$361,000 with a two year warranty and 5-year/100,000km maintenance plan. That may seem crazy for “such a small car” but considering its fun and trendy character, I say it’s worth it.