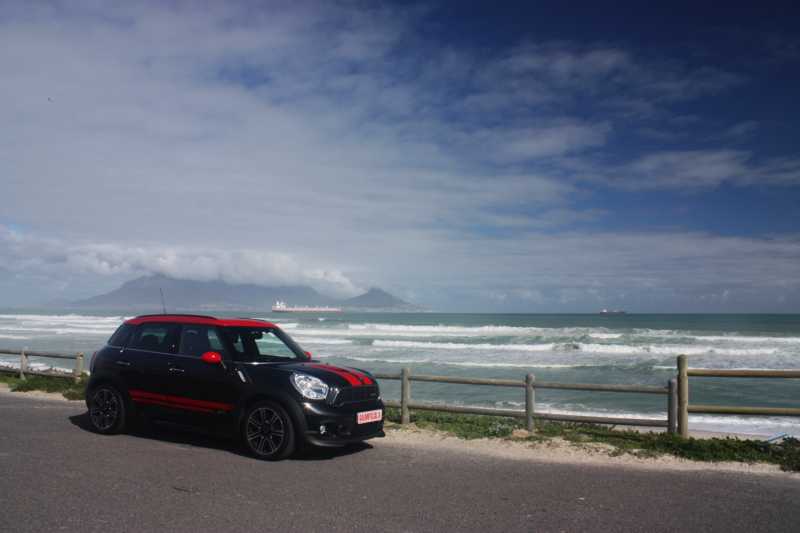 Once upon a time in a united kingdom far, far away, there was a regal bloodline of steeds called “Mini”. The compact and thrifty nature of these beasts found great favour with the masses until, many moons later, they simply couldn’t meet modern demands anymore and successors from Bavaria arrived.

At first the people weren’t pleased. These continental replacements were not only much larger but also dearer than their beloved mounts. However; the bloodline was evident and the newcomers embodied many of those old virtues so cherished by the kingdom’s good folk namely nimbleness, style and fun.

All was well on the island and the new Mini proliferated into a great family. This included Hatch, Convertible, Coupe, Roadster, SUV, SUV Coupe and Clubman Estate; the latter even bearing a remarkable resemblance to one of the old steed’s sires, the Mini Traveller.

Further developments from the new regime included electric propulsion, special editions and the revival of a legendary name – Cooper. Master John Cooper played a large role in giving the old favourites a competitive and sporty edge so naturally it came to be that his name should grace the agile, modern equivalents.

…there be no such thing as a Minicooper.

Doest take note, American and German sages, for not every Mini is a Cooper. Nay, the two words are cleft in two and there be no such thing as a Minicooper. There does exist a Mini Cooper but also a Mini One, Mini Cooper S and Mini John Cooper Works; multiplied by most available body variants.

This threads the tapestry of our story to the advent of Mini Countryman, the biggest and most courageous of the clan. Yet again, the people were displeased. Aye. Twice the size and many times the cost of their old darling, how could this pumped-up phoney pony be allowed into the kingdom?

But it soon crept into their hearts, just like those before it – by following the old family virtues. A full four-corner traction system allowed this bruiser to wage deeper into unknown battle fields while extra weaponry was awarded to Mini Countryman John Cooper Works – the topic of this here scroll.

Legend tells us that it had the power of 218 horses…

Legend tells us that it had the power of 218 horses and could dispense of 225 kilometres in an hour. Consuming eight litres per 100 kilometres, some say the Countryman JCW could carry four citizens as far as 580 kilometres before needing nourishment. Surely this was witchcraft.

Adversaries quivered in fear when they told of this brute’s ability to launch into battle with devilish hissing and ghostly cracks, changing direction and carving through the countryside with great aplomb. It did so while treating all its occupants to the most luxurious amenities and safety armour.

Depictions are few and far between but most visual elucidations tell of diverse and brightly-coloured coats, one such image portraying a menacing black hide with red war paint. Village elders bewailed the steed’s blundering nature and spendthrift power but also tell how it captured the young folk’s imaginations.

Forthcoming owners elated in the many trinkets and accoutrements that the creature could carry, from spoken route guidance to a compressed Fraunhofer mp3 bard. Some texts speak of heated saddles, customisable storage rails and multi-colour illumination but this is often dismissed as hearsay.

Alas, Mini Countryman John Cooper Works was not within reach of every soul in the kingdom, for it required you to part with a staggering 434,800 silver pieces. Those who could afford such extravagance, it is told, galloped into the sunset with much hissing and cracking, and lived happily ever after.