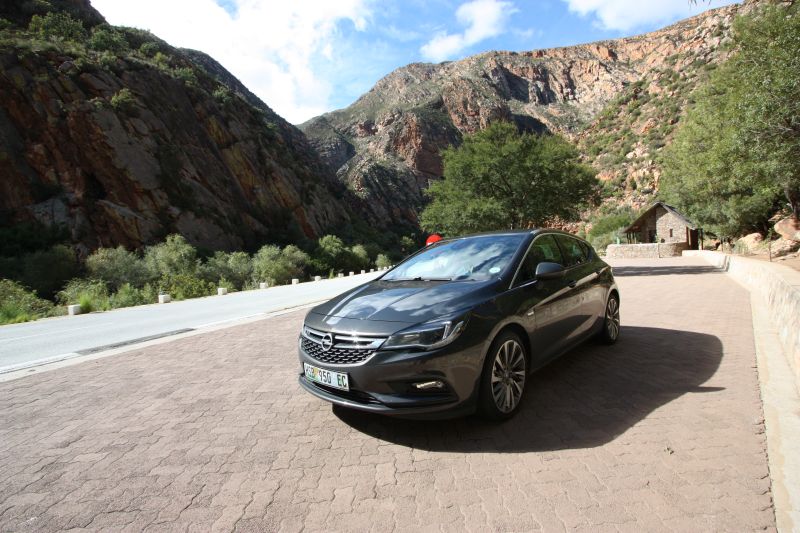 Every other month, a car manufacturer announces that they’re launching the most important model ever. Considering the manpower and investment it takes to put a new car on its wheels, I certainly won’t argue with that but find the phrase slightly overused – with very few exceptions. Like the new Opel Astra.

This is a very important model, especially in our market where Astra is pretty much near the top of an Opel dealer’s price list. Even from a global perspective, this medium-sized hatchback needs to be good enough for an eye-to-eye staring contest with everyone’s perennial favourite, the Volkswagen Golf.

To see if it will win that contest, I recently spent a few days zipping about in a brand-new Astra press car and also took it on an extended road trip for further evaluation. Not only did the trip include the infamous Route 62 into the Karoo, it also ended up at the house of an old petrol-head mate of mine.

His qualifications are most satisfactory as he’s about to buy his 39th consecutive car; two of them having been Astras. Not long after our arrival, his automotive majesty was behind the wheel of said press car to give his expert opinion. In short, most of his comments were fair and positive.

Roping in our lady journalist and a teenage car nut, we all agreed that Astra cuts a modern and appealing shape. This top-of-the-line model certainly has sufficient design details and wheel diameters to lure a modern buyer. The same goes for its curvy and interesting dashboard; which is loaded with technology.

These goodies give it enough fire power to counter any rival specifications and it’s my humble opinion that the quality and finish of the new Astra is darn close to VW standards. You’ll find differences if you look long and hard enough but even the hard plastics inside our press car were superbly made and fitted.

Driving the new Astra reveals more ammunition for its fight in the premium hatchback brawl. Steering, pedal and suspension feedback is smooth while the car feels light yet stable on its tyres. The 18-inch wheels fitted here provided heaps of grip and, together with the comfy seats, a commendably supple ride.

One niggle I had was with the 1.4 Turbo petrol engine which alleges maximum outputs of 110kW or 230Nm. Especially at highway speeds, I found that I had to change down too often because the motor lacked torque. I hasten to add that this car only had 3,500km on the clock and was probably still waking up.

Another noteworthy item was the Astra’s automatic start/stop system. Usually, these tend to awaken when you depress the clutch but here it only wakes up when you release the brake; like an automatic. Yet again it wasn’t a major concern and never presented real-world problems; it just takes some getting used to.

One thing I could certainly get used to was the car’s frugal consumption. Opel’s optimistic claim is an average of 5.1L/100km but we got an admirable 6.5 on the open road and seven to eight in town. Filling the Astra’s 48L tank (at a current cost of about 600 bucks) translates into a range between 600 and 700km.

Like most of its rival products, Opel offers various engines and trim levels for the Astra. Every model has decent specifications and thus, not many options left to tick. There’s also an automatic 1.4 turbo to be had. Prices range from N$260,000 to N$390,000 with this 1.4 Sport nudging the wrong end of that scale.

Still, that’s slightly less than the people’s car maker from Wolfsburg will ask for their equivalent hatchback which certainly makes the Astra a tempting alternative in my eyes. Not better, nor any worse but definitely newer and more interesting. But don’t take my word for it; there should be one waiting at your nearest dealer.