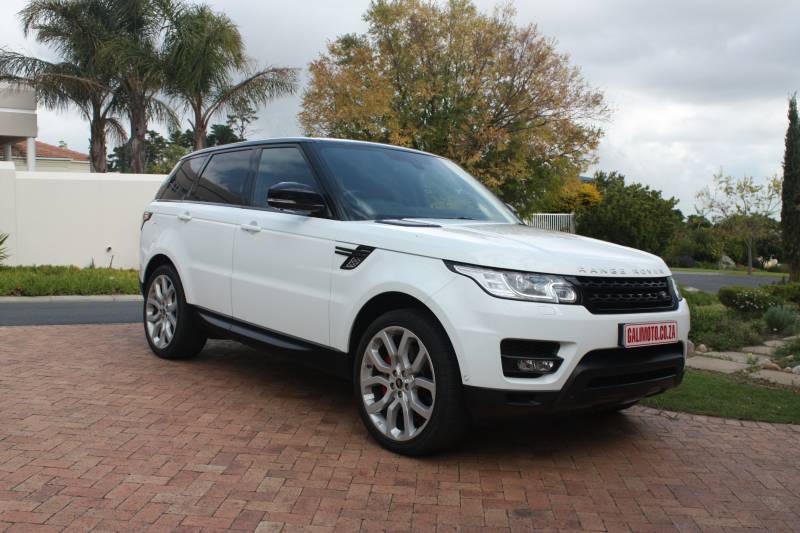 Excess. A characteristic where you take everything over the top and then slap some double cream on it. There are quite a few motorised excesses rolling around our country and I’ve just spent a week with the latest contender: Land Rover’s Range Rover Sport 5.0 Supercharged.

This is only the second generation of its model range; the pioneering trophy wife’s trophy was still based on a Discovery where this new charmer rides on something a little more unique. And just like its big namesake, the sporty Range Rover has been on a hectic diet, too.

Less weight and improved dynamics meet upgraded luxury and versatility to the point where that annoying marketing gag “all new” actually rings true. A few items have been carried over from previous and other models but the new RRS does a damn fine job of making its predecessor look rather dated.

Riding on massive 22-inch wheels, the RRS ride and handling are superb but slightly removed, dynamic yet feeling distant. This didn’t bother me much as you get the same sensation in big luxury sedans and the sensation of floating rather than driving just adds to this car’s snob appeal. Ditto for the self-park system.

Should a snooty driver stray off the tarred roads – for reasons I can’t think of right now – the latest generation “Terrain Response” will allow them to choose between mud, snow, rock, gravel, grass or even self-detecting automatic mode, all of which set the car up perfectly for the terrain ahead.

Another new addition to this range is a completely digital instrument cluster with two main dials flanking a basic trip computer and infotainment functions. The infotainment system’s touch screen, high-end Meridian sound system and array of cameras are almost identical to previous generations and other Jaguar / Land Rover products.

A further inheritance is the monster under this car’s bonnet, a big 5-litre petrol V8 with a supercharger forcing more air into the engine for…? Ding, you guessed it. More performance! 375 kiloWatt translates to 510 horsepower and such excessive acceleration that this model comes with Brembo performance brakes.

All of this becomes abundantly clear when you press the starter button, an action which is rewarded by a short starter motor whine and loud barks from the two exhaust pipes. The V8 settles into a slightly unbalanced, beautiful rumble at idle and responds to the smallest input from the accelerator.

Delivered via a rapid and smooth eight-speed automatic gearbox with sport mode and shift paddles, full throttle is a sensory overload; even for seasoned petrol-heads. There are plenty of ratios in the ‘box which will see the supercharged V8 growl, roar, bark and howl its way to the red-line at alarming regularity.

Even part-throttle openings call on a mountainous 625Nm of torque and the resulting forward shove will put almost every turbo-diesel to shame. The few that are left will be dispensed with by opening up all the taps, 0-100km/h taking just 5.3 seconds and top speed being electronically limited to 250km/h.

While we’re on the subject of taps, Land Rover claims average fuel consumption of 13.8L/100km from the 105L tank yet they failed to mention that their figures necessitate mostly down-hill driving and a strong tail wind. Our mixed driving styles and routes yielded a real-world average of 15.4L/100km.

Your entry into this world of Nascar noise and Sasol gold membership starts at N$1,325,823 with a 3-year/100,000km warranty and 5-year/100,000km maintenance plan. It may be excessive but it raises the pulse of most motoring enthusiast; including me.