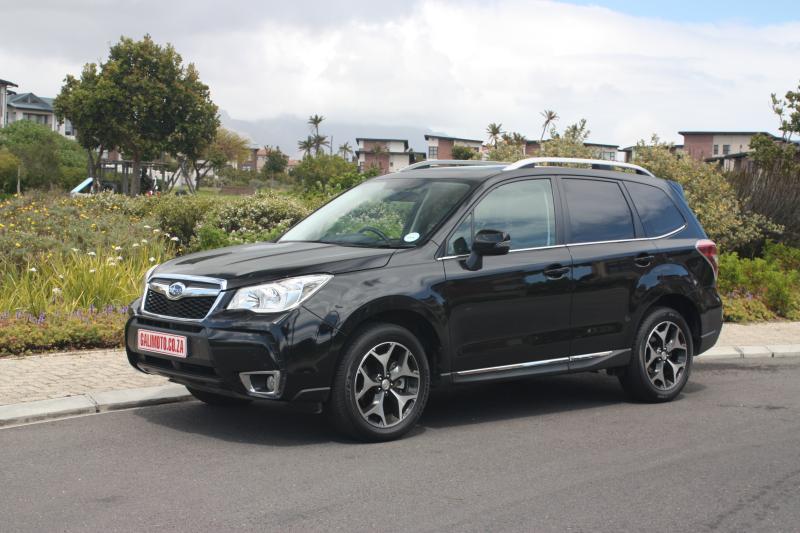 Are you in the market for a small to medium SUV softroader dad’s taxi crossover MPV? It seems that almost everybody is these days and I certainly don’t envy them with seemingly every manufacturer selling or planning the next best thing since 4×4’s went soft and cars grew legs.

It’s simply a case of demand and supply. If all we wanted were 4×4’s, the streets would be littered with muddy Defenders and scratched Cruisers. But we also wanted something more refined, more compact and politically correct for the occasional light off-road excursion and – TADA – the soft-roader was born.

The extra ride height and adventurous attitude meant that people gobbled them up so it’s only natural that the selection grew. The trend is even sweeping across Europe where the original soft-roaders like RAV4 and Freelander now have to share their market with all sorts of riffraff.

…its basis was a hardy, rally-proven four-wheel-drive effort.

Subaru can trace their new Forester through four generations back to 1997 when they essentially stuck a raised body on an Impreza chassis. This means that the Forester resembled an estate on stilts rather than a shrunken SUV, and its basis was a hardy, rally-proven four-wheel-drive effort.

Although not blessed with class-leading quality or finishes, Subarus have a good track record for reliability and no-nonsense motoring. They also employ a flat or horizontally opposed engine to save space and keep the center of gravity down, resulting in their trademark thumping noises.

…the Forester XT can increase its speed quite impressively.

Some potential buyers may frown upon the Lineartronic CVT (continuously variable transmission) which mimics the efforts of a scooter but performance and in-“gear” acceleration are superb and you may choose between three drive modes. With a tare weight of 1,636kg and effectively just one gear, the Forester XT can increase its speed quite impressively.

You can simulate gears / ratios with a set of paddles on the steering wheel, which helps with keeping the revs up during cornering. Sitting on 225/55R18 rubber, the XT provides plenty of grip but also a lot of body roll. Once you get used to that, you’ll find more grip beyond that thanks to the Symmetrical All Wheel Drive.

A bit of a shocker was the Forester XT’s braking ability– this is the only model with four discs and I hate to think how the half disc half drum models decelerate. With such impressive power available, I got quite a fright when I first stepped on the big pedal of our test car.

The brakes are initially unresponsive and only after a firm press will they retard your speed, but nowhere near modern standards. By the end of the week’s test we were used to the feeling but have to add that the brakes on this car were starting to shudder – probably due to overheating. Not good enough, Subaru.

While I’m dishing out hidings, most testers and fellow journalists agreed that the Forester’s styling is a bit iffy. Lacking proportion was the kindest thing we could come up with and while it has some interesting, even cool touches, the 2013 Subaru Forester will not go down in history as a design icon.

This isn’t a big deal as most people will buy it for its practicality and equipment, which this car has a lot of. Cargo space can extend from 488 to 1,557L with a power tailgate on this and the XS Premium model. You also get a huge glass sunroof, auto HID lights, leather trim and lots of powered interior goodies.

At N$529,000 it is a little pricey when compared to its top-spec rivals but there’s a good chance that it may outlive them; if you upgrade the brakes. All Subaru Foresters are sold with a three-year/100,000km warranty and a three-year/75,000km maintenance plan.