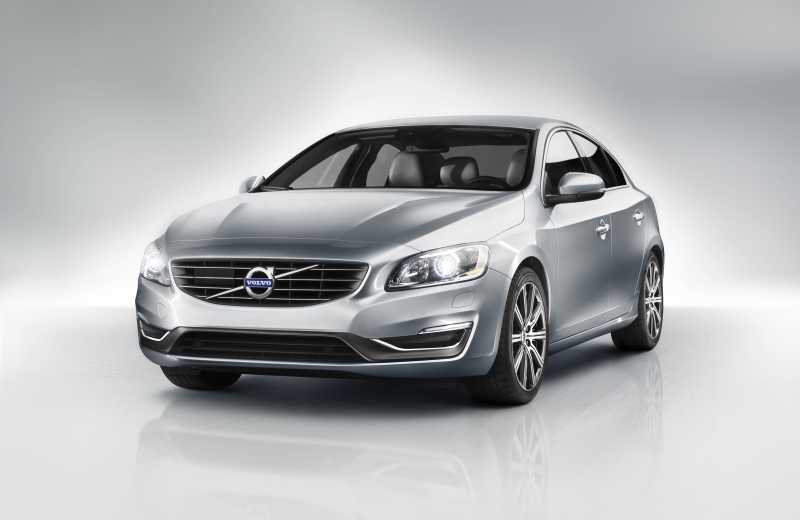 Up to now, I’ve only ever tested the Volvo S60 with a petrol engine. Just like the rest of their range, Volvo’s medium-sized executive sedan is available with a choice between six engines, two gearboxes, front- or all-wheel-drive and four spec levels. This right here is the middle-child D4 turbo-diesel.

Middle in terms of price, performance and specifications. This D4 engine is currently the only one which doesn’t fall victim to emissions taxes, thanks to it being among the first group of modular, cleaner DRIVE-E motors. Based on just two base engines, they promise an incredible power / economy ratio.

The petrol units, like the one we experienced in an S60 T5, are highly responsive and very powerful but we couldn’t get close to Volvo’s fuel consumption claims. I hasten to add that the car’s tempting power reserves were too much for my right foot to resist and we never tried hard enough to curb petrol usage.

After just a few kilometres in this S60 D4 though, it became abundantly clear that the turbo-diesel’s lower power band and eight-speed automatic gearbox excel at saving juice. Yes, of course you can tread on the right pedal and make the oil burner jack-hammer towards its red line but you simply don’t have to.

The 1,969cc four-cylinders stem their entire 400Nm of twisting power onto the crank shaft from just 1,750rpm onwards. In plain English this means that a Volvo S60 D4 starts pulling like a dozen fresh oxen at relatively low engine speeds. See? No need to floor it, just squeeeeeze your right toe.

This won’t go unnoticed with the smooth auto-shifting gearbox which quickly slots in gear after gear, hitting the engine’s sweet spots time after time. And although this delightful combination is supposed to drink just 4.9L per 100km, we achieved 6.5 without even trying. Read: getting close to five should be doable.

Now that I’ve dealt with the S60 D4’s party trick – its absurdly low consumption – it may be time to introduce the rest of it. I don’t know about you but I like to start with the sour bits and then move on to the sweet stuff. Two traits of this car make my nose crinkle– its small boot and big turning radius.

If you can live with those two, the remainder of your ownership should be very agreeable. The S60’s design (and indeed, that of most contemporary Volvos) is an understated evolution with soft curves and modern lines. It looks elegant and discreet. Think of it as a Swedish Audi.

The inside will greet you with similar style and restraint, its only wow-factors being the floating central dashboard section and high-resolution monitors. Depending on spec, the instruments are also half-digital with customisable themes and an assortment of gauges and read-outs.

Seating comfort, driving position and the operation of all main controls are excellent. The S60 may not be as generously sized as some of its direct competitors yet I sense that there are potential buyers who will appreciate the more cocooned cabin layout. Five adults would be cosy, four will be just fine.

The S60 provides a smooth, comfortable ride for all its occupants with only the (optional) big rapper wheels making low-speed travel somewhat jerky. Steering feedback and road holding are commendable with negligible torque steer and predictable grip levels from the front wheels.

The D4 engine is relatively quiet for a diesel and the car settles into a smooth high-speed cruise devoid of mechanical noise. Wind and tyres make their presence known, but never at alarming levels. S60’s active Xenon headlights are superb although we found the high-beam assist to be as annoying as ever.

Being a Volvo, the factory sent its child into the world with a mind-boggling array of active and passive safety systems. Just as enthralling is your choice of trim and luxury items to create the S60 of your dreams. Starting price for the D4 is N$426,400 which includes a five-year/100,000km warranty and maintenance plan.