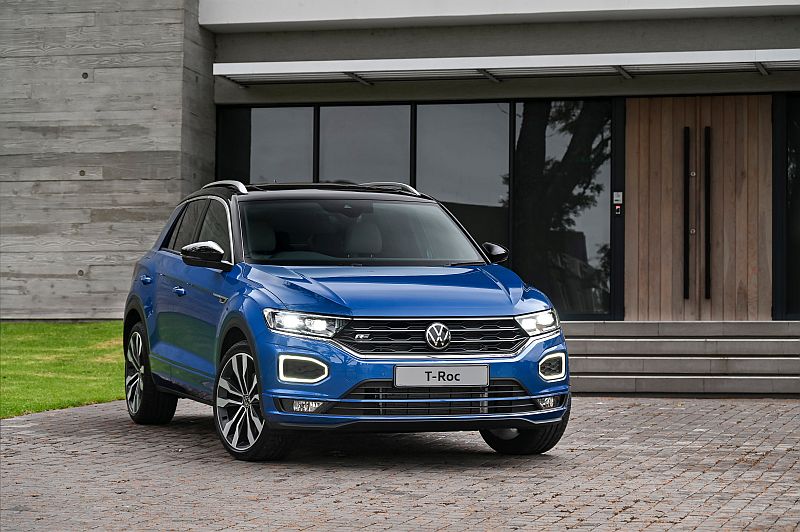 Drive to Defy. Although my co-pilot and I were tempted to visit an appliance warehouse, what Volkswagen of South Africa meant by that tagline is that their new compact crossover is meant for the defiant among us. City slickers get a T-Cross, families should grab a Tiguan while the movers and shakers may welcome this new T-Roc.

The local representatives of Germany’s people’s cars were actually a bit late to the party by filling the last gap in what has now become an industry-standard. Five SUV’s ranging from full-size luxury, seven-seater convenience, medium sensibility and compact affordability.

Judging by the product line-up of all its major competitors, the slot between those last two models is supposed to be filled by an extremely fashionable, tech-laden crossover. And what do you know – that’s exactly what this T-Roc is… Second from the bottom, undeniably trendy, and packed with every mod-con.

I’ll quickly break those attributes down by starting with the new line-up of Volkswagens (T-themed) SUV line-up:

Everyone talked about it, everybody wanted one and now there’s a slightly bigger model with newer tech. This lead to many friends and acquaintances asking about this newcomer, which was further underlined by random glances and smiles from strangers on the T-Roc’s recent launch in the Western Cape.

It’s here that we discovered that the character of this urban trendsetter (which shares a platform with the Golf) leans more towards the car side of its crossover character. Yeah, it’s got more ground clearance than a hatchback and some models have 4-Motion (all-wheel drive) but its strengths lie mostly on tarmac.

Volkswagen lent strongly on their South African TV campaign which showcases the defiant persistence showcased by some amazing individuals. One is South Africa’s first female fighter pilot while the other is the simply mesmerising Kitty Phetla, the first black ballerina to perform “the dying swan” in Russia.

She even made a surprise appearance during our pre-dinner drinks and enthralled us with her amazing talent. What an experience… thank you, VWSA! Defying the odds, persisting when nobody else believes in you, these were obvious synergies which the manufacturer sees in its target market.

To hammer home its individual nature, VW offers this car with 20 colour choices… eight each for the “Design” and “R-Line” versions with an additional four options for the roof colour. The interior can be ordered in five different configurations with highlights being large (optional) blue or yellow trim pieces.

Alloy wheels range from 17 to 19 inches in diameter with five designs to choose from. All R-Line derivatives sit on the largest (19-inch) wheels as standard. Infotainment, media, connectivity, comfort, convenience and safety features are covered by a substantial standard features list with various optional extras; depending on the chosen model.

The biggest news among these is Volkswagen’s collective “iQ.Drive” system which forms the basis for autonomous (auto-pilot) driving. Made up of various driver aids, the system combines these with new hardware and software to hopefully offer self-driving capabilities in the near future.

VW execs admitted with a broad smile that they were “completely overwhelmed” by T-Cross sales, thus everyone hopes that T-Roc will continue this trend with its stylish looks and sophisticated features. The brand expects to sell about 400 units per month in southern Africa.