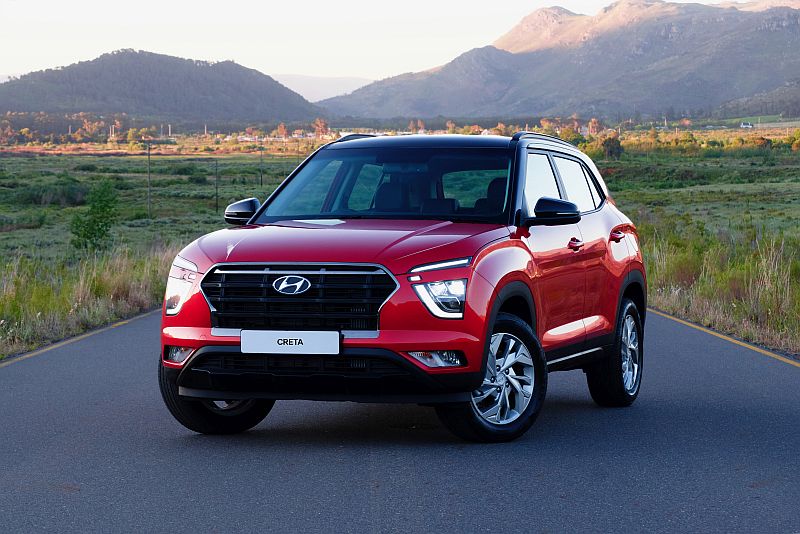 How do you keep the insatiable SUV market interested in your wares? By refining them, of course. Hyundai South Africa just showed us how it’s done…

The Creta is not a new product. This front wheel-driven, compact city SUV was first launched here in early 2017 (read our report here) while a mild update arrived in September 2018 (Ditto for that launch report). That sympathetic face-lift improved the vehicle’s slightly dowdy appearance but left its tech mostly unchanged.

What you’re looking at right now is an all-new model with fresh engines, better transmissions and plenty of new toys thrown in the mix. It builds on the excellent reputation built up by its predecessor which, according to Hyundai ZA, sold 14,811 times and bowed out with a 20% market segment share.

It’s best that we start with the looks because – boy, oh boy – did Hyundai get the memo about the first-gen’s wallflower appearance. For the record, most of us at NamWheels didn’t mind the pleasant look of that vehicle because it suited the target market. So yes, we think that pensioners and soccer moms look ridiculous in aggressively-penned crossovers.

The Korean manufacturer has certainly pulled a rabbit out of their hat because they’ve managed to make this new Creta look more interesting and determined without resorting to an angry visage or gigantic air dams. At the same time, its de-constructed light clusters (front and rear) give it a unique presence on the road.

It’s much the same inside this compact pavement hopper where you’ll find a sexy new steering wheel, various trim options with high-contrast elements, and a friendly infotainment system inside a dashboard that bananas around the driver; a-la BMW E36. There are some hard dash-top plastics but overall quality levels are most acceptable at this price point.

Headlines for these new power plants include dual fuel injectors per cylinder, exhaust gas recirculation and an electronic replacement for the traditional coolant thermostat (1.5L), as well as integrated oil cooling and filter systems (diesel) or a new type of cylinder head with a single exhaust gas port (turbo-petrol).

As for dimensions, the new model has grown by 20mm to 4,300mm length, 10mm to 1,790mm width while losing a centimetre in height for a total of 1,620mm. Ground clearance stays the same at a generous 190mm while the wheelbase has grown from 2,590 to 2,610mm. All this aids passenger space, ride quality and fuel consumption.

On our launch route around a summary Cape / Boland day, every driver remarked how composed and sure-footed this new Creta felt; on everything from suburban streets, high-speed highways to a fair chunk of dirt roads. The steering feel is a bit sticky around its centre and there’s more body lean in corners than with some rival products.

Having typed that, the ride is markedly smoother in this Hyundai; because it rides on wonderfully sensible 225/60 tires with 16-inch alloys. Our white 1.4T Executive test vehicle proved to be very smooth and stable on gravel roads with only the roughest uphill section waking a very lenient traction control system.

As for colours, prospective buyers can choose between seven exterior colours: white, silver, grey, blue, black, maroon or orange. The two Executive derivatives can be had with a two-tone black roof effect while all turbo-diesel models have a striking light-grey and black combination interior. All others have black cabins.

Hyundai South Africa gave a highly detailed presentation of their attractive newcomer while every fellow journalist I chatted to had something positive to remark. But I suggest that you convince yourself by visiting your nearest Hyundai dealership and taking the brand-new Creta for a substantial test-drive.

Including dirt roads, if possible!