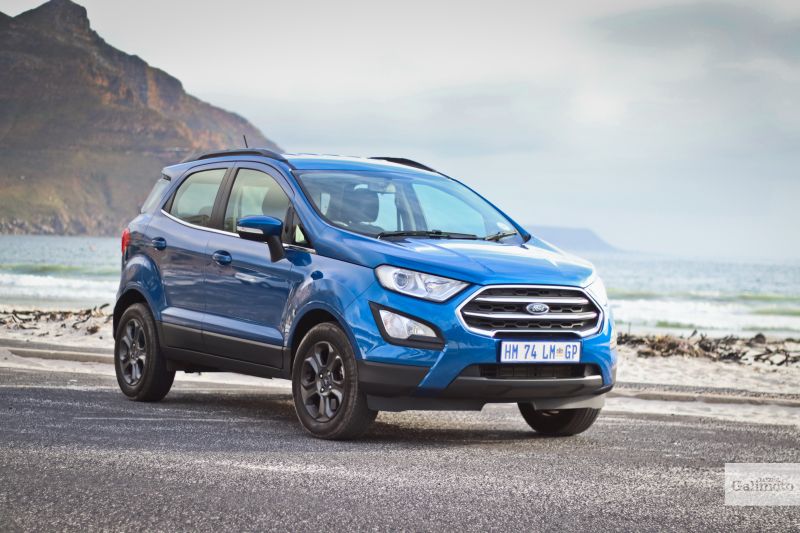 Some things suffer from unfair, unsolicited prejudice. Think of the perfume or aftershave your most hated boss wore, places where you got hurt as a kid, that song which reminds you of your ex, or food and drink that made you sick. See what I mean? They’re all completely innocent, much like the Ford EcoSport.

The reasons why I detested this stupid little SUV from the blue oval are numerous, and while most of them are irrelevant to this review, I’ll spit out the one which isn’t. I have always despised its overly aggressive facial features which look completely ridiculous on a puny little mommy mobile.

It looks like a toddler with a plastic gun.

Based on a Fiesta, it’s no wonder that the EcoSport’s compact size and friendly price quickly found favour with the school run brigade. If a Fortuner’s too big or expensive, you simply have to have an EcoSport, doll. Depending on which suburb you visit, it might even be called a Ford Eco, EcoSpot, EcoBoost or EchoSport.

Thanks to some recent tweaks – its fans would call it a facelift – I got to test a 2018 EcoSport 1.0T Automatic, delivered to us in metallic blue with filthy wheels. Or maybe they were painted black on purpose? Anyway, first impressions were very favourable and went something like this:

The clever application of a nip here and some tucks there have stretched this city SUV’s facial features to slightly less irritating levels; in my humble opinion. There is a lot of space inside it, as well as plenty of room underneath it, both of which bode well for the light off-road use this front-wheel-drive-only crossover may be subjected to.

Dirt roads, farm tracks, the odd pavement and a few speed humps don’t faze the EcoSport much, plus it has ABS/BAS brakes and stability control for most other driving eventualities. While enjoying its excellent head-room from the captain’s helm, I also noticed that its ride and seating comfort is commendable.

Treat it like the top-heavy Fiesta it is and most occupants will be happy. Those at the back will only start to complain over very rough terrain and/or near the vehicle’s maximum payload. Rear passenger space is also acceptable while the EcoSport provides a deep boot (330-700L cargo area), no thanks to its spare wheel being mounted on the rear door.

Some owners see this as another 4×4 / adventurous hallmark (and a blessing if you get a puncture with a full boot) yet it has its downsides. Visibility all-round is OK, rear PDC is standard, but obviously that huge circle on the rear door can get in the way. It also makes the door rather heavy so caution is advised when opening it on steep hills.

Next to impress most of us was the cabin. Although this one was depressingly dark, I found pleasant seat fabrics, well-finished hard plastics, simple instrumentation with a detailed trip computer, classy chrome highlights and a great touch-screen infotainment system with the usual media / radio / USB / Bluetooth connectivity options.

The menu layout is simple and intuitive, pairing a phone wasn’t too difficult and Ford provides its Sync system for additional, voice-activated functions. For this segment, we couldn’t fault its steering, turning radius, pedal feel or major controls but there was something wrong with its fuel gauge…

Although the EcoSport has a comparatively large tank (52L), this one-liter turbo-petrol three-cylinder’s thirst around town drags the cool blue needle to the left at an alarming rate. This motor delivers up to 92kW (125hp) or 170Nm through a slightly lethargic six-speed automatic gearbox to the front wheels.

It does so with relative efficiency but can’t disguise its odd cylinder count or forced induction – there’s an underlying roughness and non-linear power delivery at times. I have to credit its old-school gearbox for taking up a lot of slack and using the tiny engine’s superb torque for pleasing progress.

Braking from 100km/h was equally superb at a mere 2.88 seconds and 36.84 metres, putting this EcoSport 1.0T Trend (shod with 205/60R16 tyres) near the top 10 of our braking performers. Not bad for a little city SUV, hey? And especially not bad for one which I’ve hated most of its life.

I still don’t like its styling but will admit that’s just a matter of opinion. Ford’s updated EcoSport proved to me why there are so many zipping about my leafy suburb. It’s affordable (R306,900), roomy, well kitted out, comfy, spritely (albeit thirsty) and comes with a decent four-year warranty (120,000km) and service plan (60,000km).