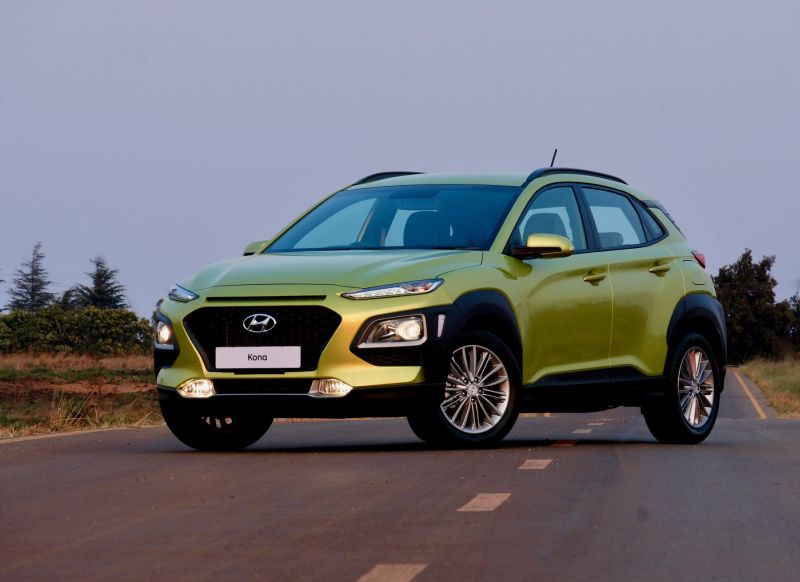 Did you know that a host of kitesurfing speed records have been achieved in Namibia? That’s right, many have been set in the Walvis Bay and Lüderitz areas, and the fastest speed by a kitesurfer, as officially recognised by the world body for sailing, is 55,65 knots (that’s over 100 km/h!) set by Robert Douglas in Lüderitz.

So, why am I telling you this, and what has it to do with the new Hyundai Kona? 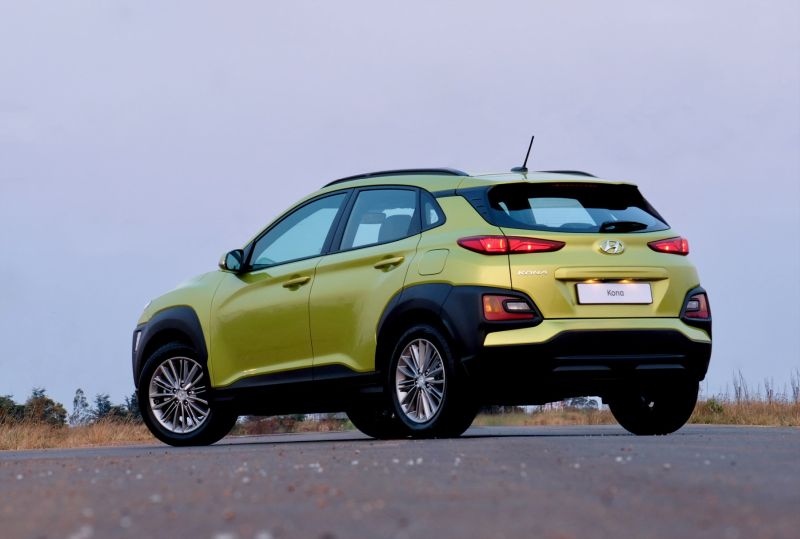 Well, the Kona has been named after a region on the island of Hawaii, the birthplace of competitive kitesurfing two decades ago. And much like the sport of kitesurfing, the new Kona has bold, extreme, unique, and ‘out there’ styling and comes in colours as bright as the foils and kites used by the surfers…

With its bold, confident and unique front and rear design the new Kona fills an important slot as the eye-catching crossover model in Hyundai’s local line-up of Hyundai. It is now available with a high specification level and a choice of two engines – including a perky new turbocharged petrol power plant. 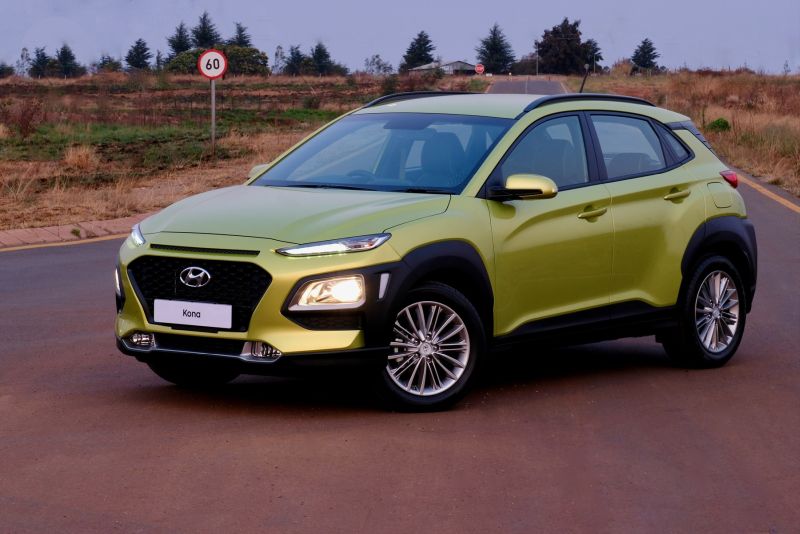 The sleek and unique twin headlight design of the Kona, with higher positioned LED Daytime Running Lights creates an unmistakable front signature together with the cascading grille and composite headlamps, and the daring front and rear styling emphasises its wide stance and voluminous crossover body style.

No wonder, really, as it was designed in Irvine, California, close to the kitesurfing hotspots of Long Beach and Newport Beach. 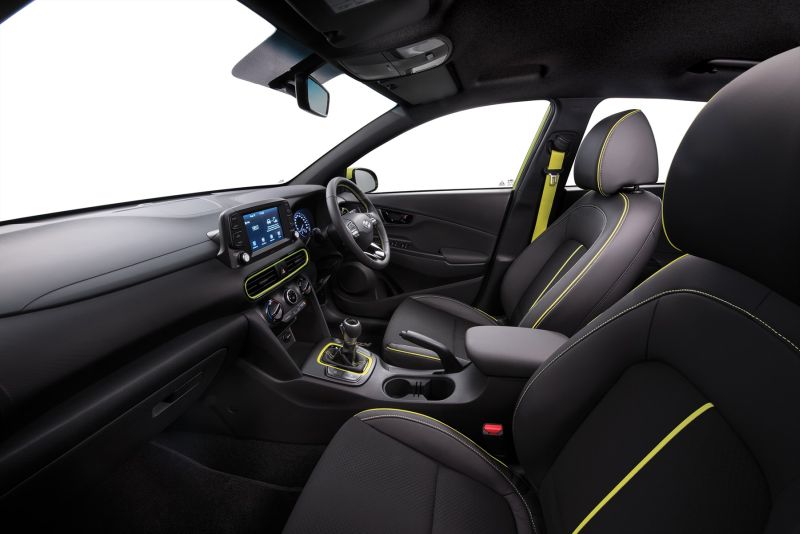 The interior design reflects the exuberant exterior theme, with Acid Yellow or Red colour accents (depending on the exterior colour) featuring on the air vent surrounds, around the gearshift, the engine start button ring, the stitching on the seats, and the steering wheel. 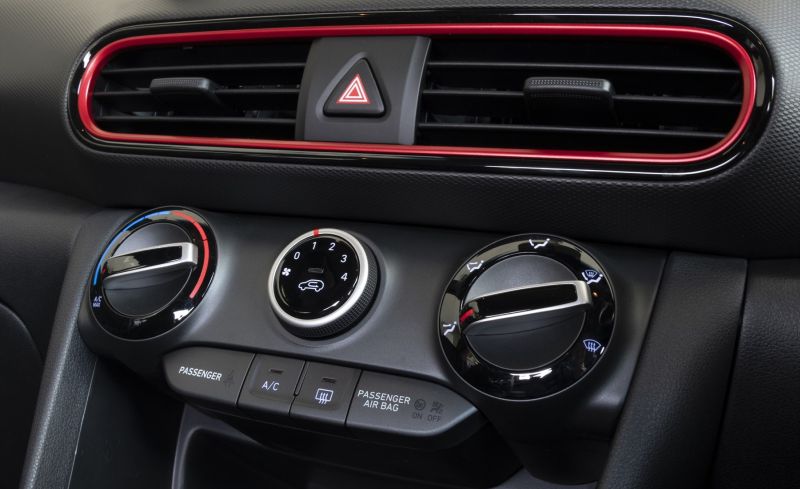 This power plant is mated to a six-speed manual gearbox that feeds the power to the front wheels (a Kona AWD model is available overseas but was not considered for local introduction).

The Atkinson-cycle two-litre naturally aspirated petrol engine in the Kona 2.0 NU Executive also delivers 110 kW, but 180 Nm of torque, and is coupled with a six-speed auto transmission that offers a choice between Comfort, Eco, or Sport driving modes. 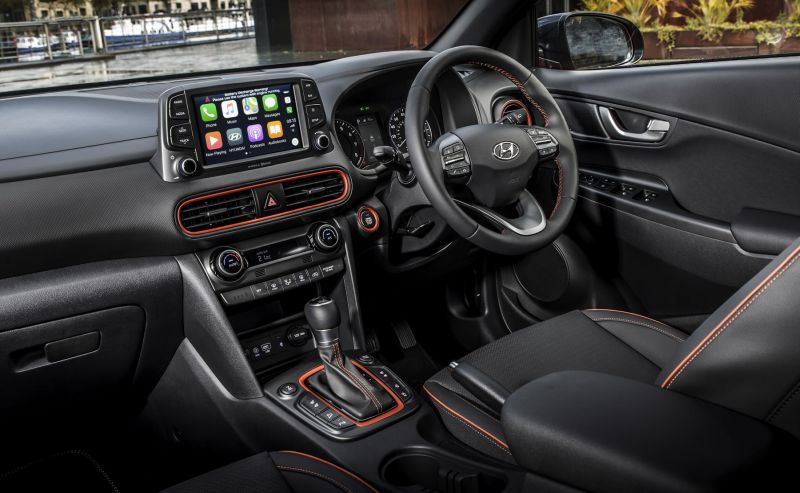 Power is delivered to the front wheels (an all-wheel-drive model is available overseas but was not considered for local introduction), but in Eco and Comfort modes the drivetrain felt quite lethargic, with slow engine response and even slower gearshifts, and only in Sport-mode did it wake up slightly.

So, if you can live without an auto transmission, we suggest taking the perkier and sprightlier 1,0-litre model. 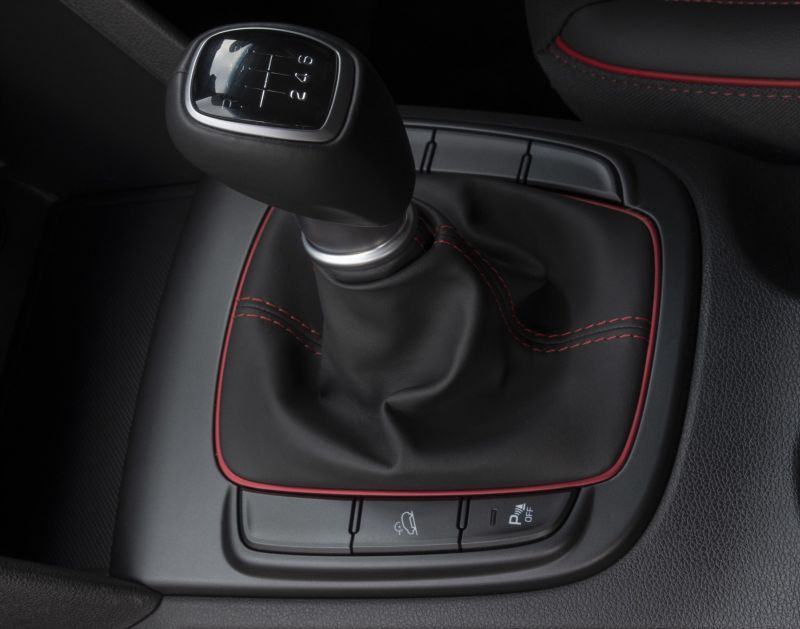 The interior is dominated by a floating touchscreen display with integrated navigation, media, and connectivity features, and with the Display Audio you can mirror the content of your smartphone onto the display via Apple CarPlay and Android Auto. The sound system, with four speakers and two tweeters, delivers excellent sound, too. 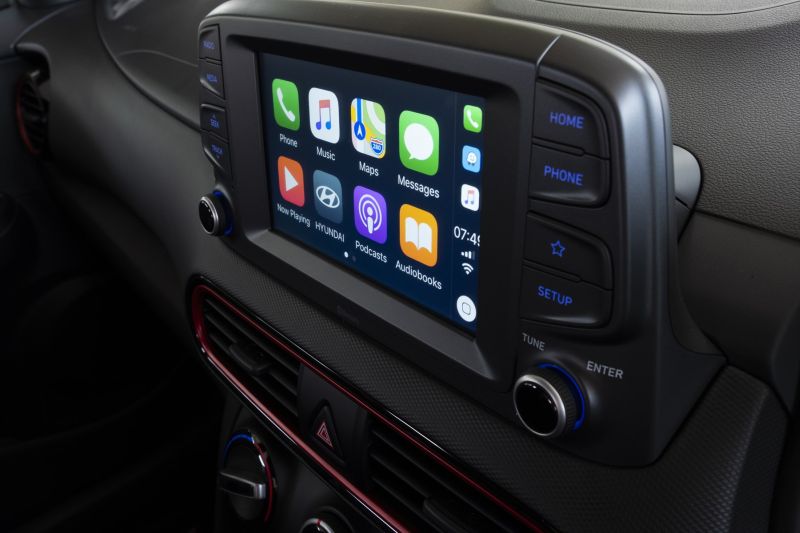 Despite being slightly smaller than the Creta, the Kona offers plenty of space. Front and rear legroom is generous, and with a luggage capacity of 361 litres there is enough room to store all your kitesurfing gear. It can be increased by removing a hidden storage tray, making it an optimal weekend escape car, but also suitable for longer trips. 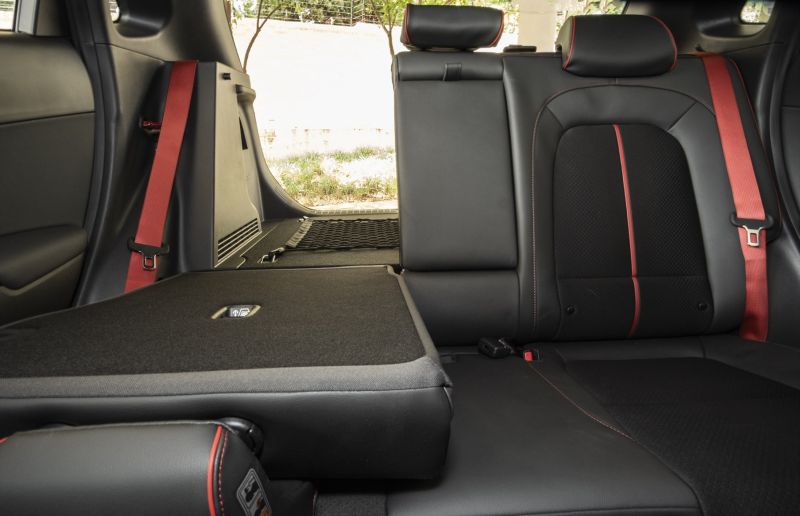 The interior offers plenty of space for passengers and luggage (361 litres) and a host of convenience features, and the bold Korean crossover felt sure-footed and precise on the byways with a firm, yet comfortable suspension setup.

Its steering, while over-responsive at low speeds, became better as momentum increased, and with a 170 mm ground clearance the Kona was quite competent on gravel surfaces. 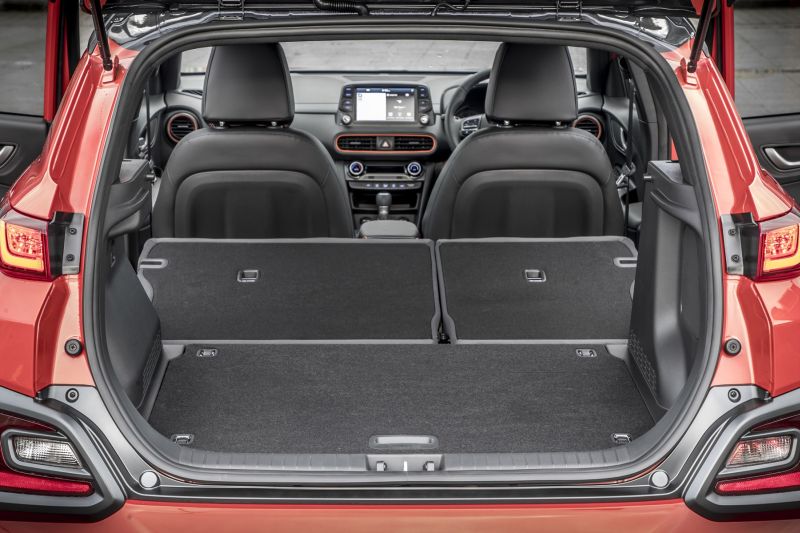 It is also one of the safest cars in its segment, confirmed by a five-star safety rating achieved in the European New Car Assessment Programme (Euro NCAP).