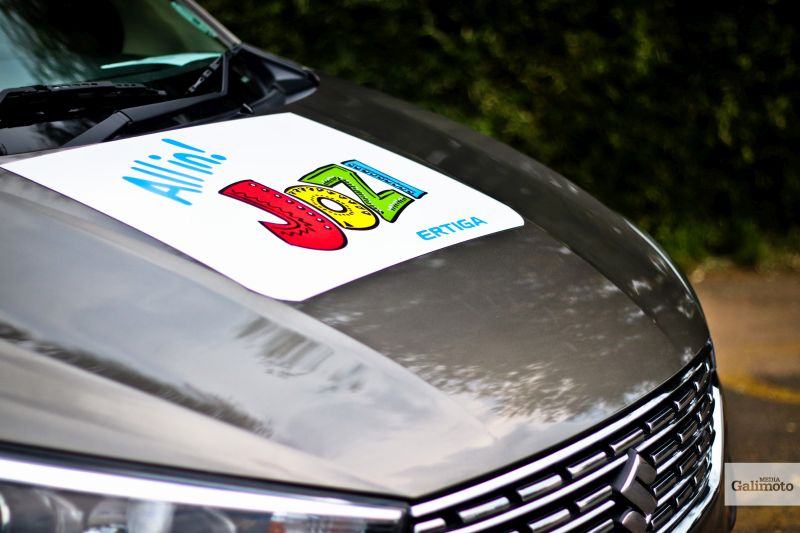 Looking for a small seven-seater car, with ample leg- and head room, to expand your travel business or to zip along the Garden Route with the family? Well, Suzuki has just launched their solution to this and it is not going to cost you an arm or a leg.

The MPV vehicle segment has always struggled to design a car wide and long enough to fit a fully-grown adult, let alone two, into the third row. Well, the new (second generation) Ertiga now boasts a longer and wider body, capable of carrying seven grown adults with their rucksacks in the cargo area (tested and proven).

Nine years after the first Ertiga was launched, the new generation will surely stand as the next segment leader. It not only boasts with class leading aerodynamics, but also a new punchy 1.5 litre petrol engine capable of slicing through traffic, even with seven people inside, while also managing the thin Johannesburg air.

Let’s throw in a few numbers

The new Ertiga now has a length of 4 395 mm, with the height standing at 1 690mm. It is also 40mm wider. With the wheelbase staying the same as on the previous generation, Ertiga holds onto its turning circle of 5.2 m.

Previous MPV’s in this segment were known for their dismal centre point of gravity, making it feel like a feather that is about to be blown over by the wind. That has certainly changed with this new model. The new Ertiga has substantial grip around corners and is a joy to drive in the busy streets of Johannesburg.

With the second and third rows folded flat, the new Ertiga has a storage space of 2.82 metres. With all the seats upright, the rear can store 199 litres.

With more length comes more legroom and the driver / front passenger has 15mm more legroom and 25mm more shoulder room. The second row has 10 mm more legroom, while the third row has 70mm of legroom. Sitting next to a large/r adult in the last row, we were not at all uncomfortable or touching body parts.

The second row is now also able to slide further forward and tilt, while the GL model has a new roof-mounted air conditioning unit for rear passengers.

Two models will be sold, namely the GA and GL. Both have a new information cluster, with the GL featuring new chrome highlights and steering controls. Both models sport a curvy dashboard with a new radio, as well as USB and Bluetooth connection.

Suzuki has gone the extra mile and designed new spaces for phones and other small items to be stored. Secondly, two air-conditioned cup holders and a 12V charging socket have also been added.

The new Ertiga also features two airbags for front passengers, while ABS and EBD are fitted as standard. New ISOFIX points are available in the GL model.

This stylish MPV body is also 6kg lighter, but stronger than before.

This amount of power might not seem like much, considering that the Ertiga has been built to carry seven passengers. However, it truly proved itself in both the busy city and open road terrain. Even with the car fully loaded, the engine is quite punchy, while the car also absorbs the shocks and bumps of bumpy roads.

New rubbers and insulation have also been introduced, helping the car to reduce road- and engine noise. The grunt of the four cylinder can only be heard when the engine is pushed towards higher revolutions.

What do we think?

The new Ertiga impressed us immensely. I myself have travelled over 1000km on a daily basis with four or five colleagues. Being the smallest, I usually have to spread myself across the third row, ending the day with a new appointment at the chiropractor.

So, the Ertiga has proven to be the first successful small MPV to carry seven people without making the chiropractor wealthier. Combined with new technology, safety, road noise cancellation and power, this Suzuki will certainly be my choice during the next 1000km road trip.

The new Ertiga will also not break the bank, considering all the standard additions.