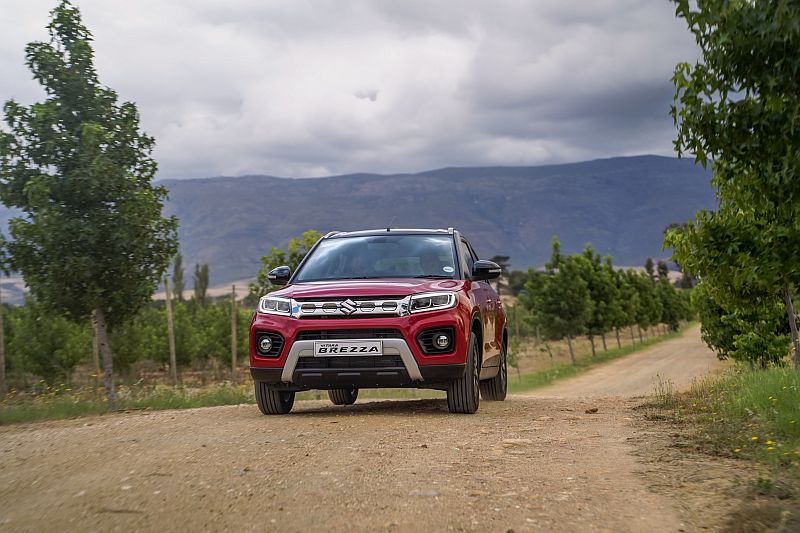 Welcome everyone to the new Suzuki Brezza. Set to slot in between the popular Suzuki Ignis and Vitara, the Brezza will join the market as a shorter and somewhat different model to the similarly looking, Vitara.

Entering the highly competitive small SUV market, the Vitara Brezza has been built by Maruti Suzuki since 2016 and is the fastest selling Suzuki yet, to reach the 500 000 sales figure in India. That is more than 10 000 units per month and 14 every hour (assuming that retailers stay open for 24 hours, seven days per week). The Brezza has therefore been the best-selling Suzuki in India, to date. It was also named the Indian Car of The Year in 2017.

Powered by the proven K15B engine, the Vitara Brezza houses a 1.5 litre capacity, capable of delivering 77kW and 138 Nm and a combined fuel consumption of 6.2 litres per 100km. Vitara Brezza also ships with either a 4-speed automatic or 5-speed manual transmission.

Filling the tank up will can take you as far as 770km.

Let’s run along with some mesmerising figures. This compact SUV is just under four meters long, 1.8 meters wide, 1.6 meters high and ultimately has a ground clearance of 198mm. Although we still have to test this vehicle, the figures already prove this two-wheel drive SUV to be fairly capable on both tarmac and gravel.

The luggage space is equipped for 320 litres, with the rear seats able to fold away with a 40:60 ratio.

Joining the Suzuki SUV range of the S-presso, Ignis and Vitara, the Vitara Brezza carries along much of the same exterior design features. It will also have LED fog lights fitted to the GLX model. This deriviate also boasts with automatic LED daytime running lights.

Furthermore, the top of the range GLX model is fitted with LED taillights and 16-inch alloy wheels.

Potential buyers won’t find scarcity in selecting colours as they can choose from six colours, and three 2-tone colour schemes.

The pricing looks as follows: