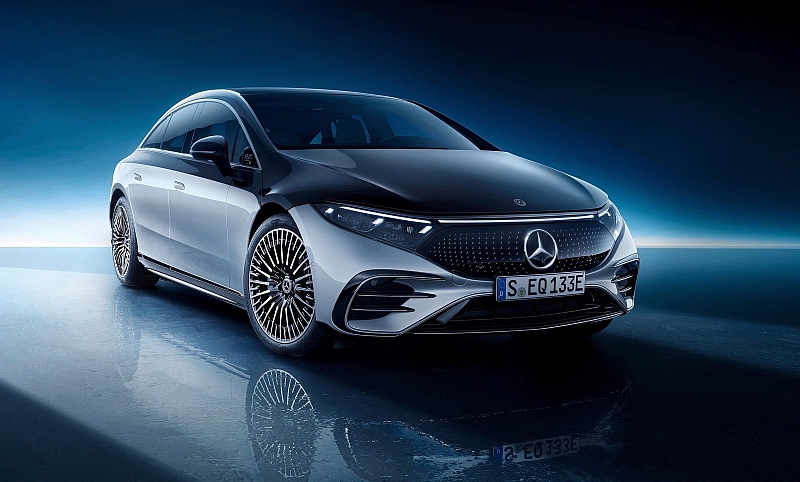 Is the latest and greatest electric vehicle from Mercedes-Benz even viable in the Land of the Brave? Of course not, but that didn’t stop us from having a closer look during its launch…

Mercedes-Benz has always been innovative, even during their conservative years they would spend insane amounts of time on engineering. Nowadays, especially in a runaway European EV craze, the German brand is piling a considerable amount of R&D into electric or alternative-fuelled vehicles.

Let’s stick with the electric vehicle (or EV, to its friends) which enjoys such importance in Stuttgart’s model line-up that they’ve dedicated an entire range to the electricity munchers: EQ. These two letters are then followed by something loosely resembling their ICE (internal combustion engine) cousins: EQA for A-Class, EQC and C-Class or…

That’s right, S stands for “Sonderklasse” or special class, and has always signified the biggest and most impressive sedans in the house of Benz. So you would be correct in the assumption that EQ-S (or EQ S) is the largest, most opulent saloon car which Mercedes expects to be selling from the end of this year.

For the moment there are two models: the EQS 450 with a single, rear-mounted 245kW electric motor and rear-wheel drive. The beefier EQS 580 model has two e-motors with a total output of 385kW and, seeing that there’s one at the back and another at the front, this model gets an extra 4Matic badge… denoting all-wheel drive.

The 400-volt battery (or cell pack) is comprised of lithium-ion units capable of delivering 108kWh which gives ideal-scenario ranges of 770km for the rear-drive model and 720km for the 4Matic beast. Charging is done via approved 3-phase units and, as is customary, the batteries also recuperate energy during vehicle deceleration or braking.

Hang on, do we even have charging stations in Namibia?

Yes, one. The main Mercedes-Benz dealer in Windhoek has a unit installed and ready but is understandably cautious about building a network for cars which nobody has bought yet. Let it be noted for future records that our interactions with the dealership were met with positive anticipation. They’re ready to get the EV ball rolling… as soon as y’all buy the cars!

It was during these animated chats with M+Z Motors where we learnt or discussed the finer details of the EQS’ recent online launch. For all you volt-heads, both models will top out at a highly illegal 210km/h while the sprint from 0-100km/h takes just 6.2 seconds in the EQS 450, or an astonishing 4.3 for the 580.

And remember, that’s at any altitude and irrespective of fuel or ambient temperature… because the permanent-magnet type synchronous electric drive-train comes with its own water-based cooling system. I guess that means you can pull into Keetmans 1-stop and ask “Check die water asseblief, chief?”

When is the first one coming to Namibia?

Again, as soon as someone is brave enough to sign on the dotted line. We have it on good authority that installing a big wall charger at their home is not a problem, but the fact remains is that you may have to plan your routes very carefully due to a (current) complete absence of EV charging stations around our country.

At least you can charge your EQS up like any other plug-in hybrid or electric automobile: with a normal 3-pin plug at regular 220V wall sockets. On the downside, this procedure is just as slow as with any other EV’s currently on the market. Let’s hope someone is reading this article in the year 2077 and giggling profusely.

For more information on the new Mercedes-Benz EQ-S, please visit your nearest dealer.