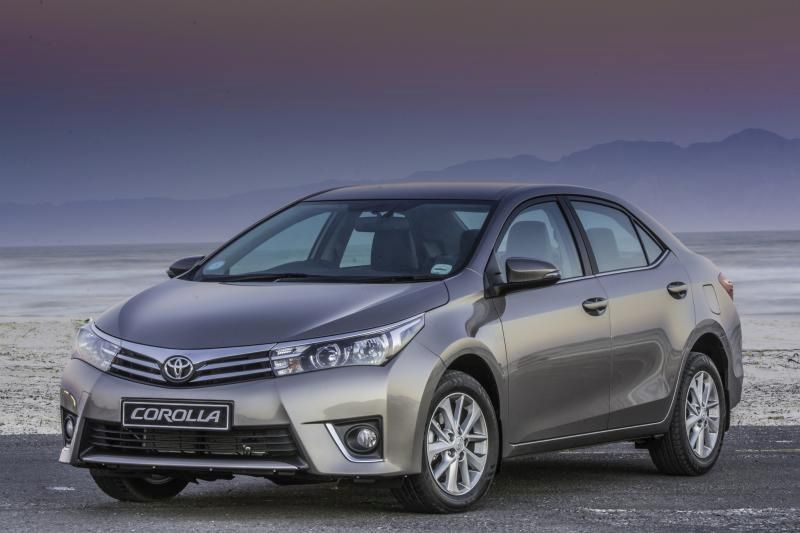 I’m not a connoisseur of household appliances. Although I always try to purchase those of reputable brands, the only time I splashed out on something extravagant for the kitchen was when Mr. Porsche made a kettle. Other than that, I tend to ignore tumble dryer sales and don’t subscribe to Appliance Enthusiast magazine.

What I’m also not a big fan of is unnecessary mockery and bullying of certain vehicles. All Defenders break down, every Mini driver is homosexual and the Toyota Corolla is just a motorized fridge. Really? I’ve closely examined specimens of both and they bear no resemblance to each other whatsoever.

Someone cottoned onto the Corolla’s abundant sales and Plain Jane character, called it a refrigerator and the avalanche of abuse started. Although I’m not a Corolla devotee either, I think it’s received more flak than necessary. A slightly boring but incredibly sensible car – what’s wrong with that?

With more than 40 million sales worldwide and almost a million in southern Africa, it may be the most common car in the world but that means most people have a good Corolla story to tell. A colleague had one as her first car, a lovely brown model with beige interior which she inherited from her grandfather.

One of my best friends got a Corolla with his driver’s license, handed down from his sister who received it from their mom. Notice anything? Yup, on top of being very practical, the Corolla is the definition of that lovely Afrikaans word “Kanniedood” – cannot die. Most of Windhoek’s taxi drivers will agree.

Toyota’s 11th generation Corolla follows the brand’s new design language with a tapered T-shape nose and sculpted surfaces which aren’t too wild to scare off existing clients. Understated and modern. Its length and wheelbase have grown slightly to increase comfort and practicality levels even more.

Snazzy door handles and chrome trim add a bit of class to Corolla, which is available in seven tasteful colours. Optimised aerodynamics, weight, rigidity and running gear give the new model better consumption, handling and ride comfort levels. The cd value of 0.27 is class-leading.

The interior also got a severe makeover, its upgraded materials and vastly contrasting shapes taking notes from the 86 and some Lexus designs. Better seat and steering wheel adjustments combine with more space and improved ergonomics – the new Corolla is better than its predecessor in almost every measurable way.

More noise damping means that this car is exceptionally quiet and despite a shorter rear overhang, boot size has increased to 452L. Improved specifications and standard features are also most welcome as we recently discovered that the outgoing Corolla was completely out-gunned in a C-segment sedan comparison.

I sampled most engines on the Corolla’s recent launch and as impressive as the tiny turbo-diesel is, the 1,600 petrol engine was my pick on the various routes at sea level. All engines are available with a six-speed manual gearbox, the 1.6L and 1.8L can also be had with the new Multidrive S automatic gearbox.

Toyota includes a 3-year/100,000km warranty and 5-year/90,000km service plan. This 11th generation is advertised as “a car you can be proud of” but I would put a different spin on it. The Corolla is a sensible, practical, good value car which your daughter will probably hand down to your grandson one day.