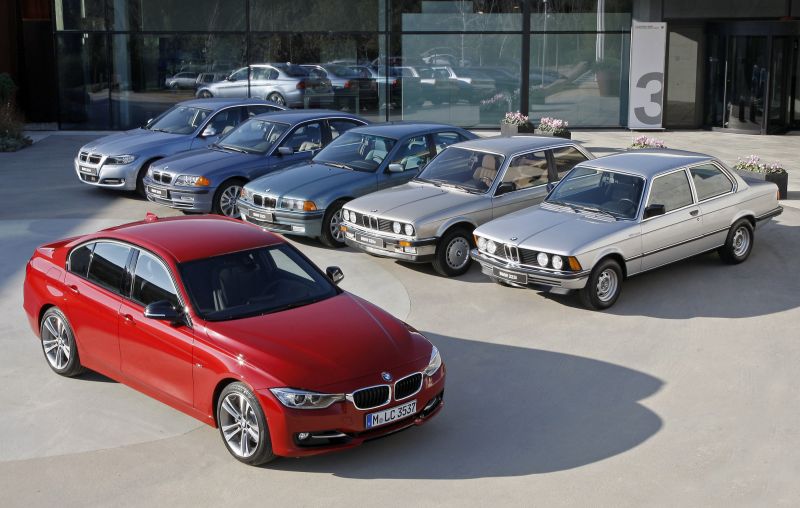 Compact, agile and good-looking, the 3-Series is one of BMW’s best-selling sedans for many other reasons, too. NamWheels gives you a quick tour of the Bavarian sporty sedan history. Which one is your favourite?

The very first generation of the 3-Series wasn’t even available as a sedan, initially it was only made in two-door form while a stylish Cabriolet (convertible) version appeared in 1978. Engine choices ranged from 1.6 to 2-litre four cylinders and two or 2.3L six cylinder petrol motors.

Carburettor models were simply denoted by a preceding three and their engine capacity (e.g. 320) while fuel-injected models had an “i” suffix. Depending on the chosen model, gearboxes were either four- or five-speed manuals and a three-speed automatic. There were no diesels available.

Designed by Paul Bracq, the E21 featured many BMW design trademarks of the time, including the interior with its dashboard angled towards the driver.

The second-generation BMW 3-Series is famous for many things, most of all for putting this German brand and the Dreier (3 Series) range on the international map. The E30 was handsome, dynamic and versatile –proven by the addition of Sedan and Touring (estate) variants, excellent sales figures as well as record-level touring car wins.

This range also pioneered the now-legendary M3, although Sourthern Africa never got the DTM race-derived four-cylinder coupé. Its local representative wasn’t too shabby compensation though, because BMW S.A. took the 325i track racing and its homologated form emerged as the local legend 325is.

Even more exotic was the pre-facelift 333i high-performance model, another vehicle which was exclusively built in South Africa. It was towards the end of the E30 run that BMW – at least locally – dropped the letter “e” (for Einspritzung = injection in German) in its model names in favour of “i” for the English word “injection”.

The last carburetor-fed 3-Series model was discontinued with the mild facelift around 1987 and there was still no turbo/diesel version in the local range. For the first time, overseas buyers had the option of oil burners (324d/td) as well as all-wheel drive with the rare and complicated 325ix derivative of the E30.

Arguably one of the best 3-Series ever made, the E36 was certainly more advanced than the range before it while being simpler and lighter than its E46 successor; albeit at the cost of safety. Powered by petrol engines from 1.6 to 1.9 litres (four cylinders) or two to 3.2L (six cylinders), there was also a 325td/s 2.5L turbo-diesel six cylinder available locally.

The M3 of this range was the first to be officially sold in Southern Africa, at first as the 3.0L two-door coupé and later, upon the mild facelift around 1995, as a 3.2L four-door sedan or a two-door convertible. The more humble “Compact” hatchback models did not come to Namibian or South African shores.

Showing the local distributor’s determination with bread & butter models, the E46 was the first 3-Series range where Namibians could buy every single body shape; and almost every model. The biggest local omissions were all-wheel drive and some high-performance diesel models.

BMW phased in the fifth generation 3-Series from about 2005 onwards while some E46 two-door models continued to be produced for another year. This was the first range to differentiate model names – E91 for the estate, E92 for coupés and E93 for the drop-top version of the E90 four-door sedan. The Compact (hatchback) model was dropped.

Engine choices ranged from 1.6L four cylinders to the mighty 4-litre V8 in the M3 of this model range; available as a sedan, coupé or convertible. Overseas buyers could opt for xDrive (all-wheel drive) versions and more diesels than our usual 320d and 330d models.

The E90 is often accused of frumpy Chris Bangle styling, especially the bulky rear end of pre-facelift models but most of this was rectified by a mild facelift around 2008. As can be expected, the E90 range pioneered or included much of the technology we expect in current automobiles – Bluetooth, navigation, drive modes, etc. 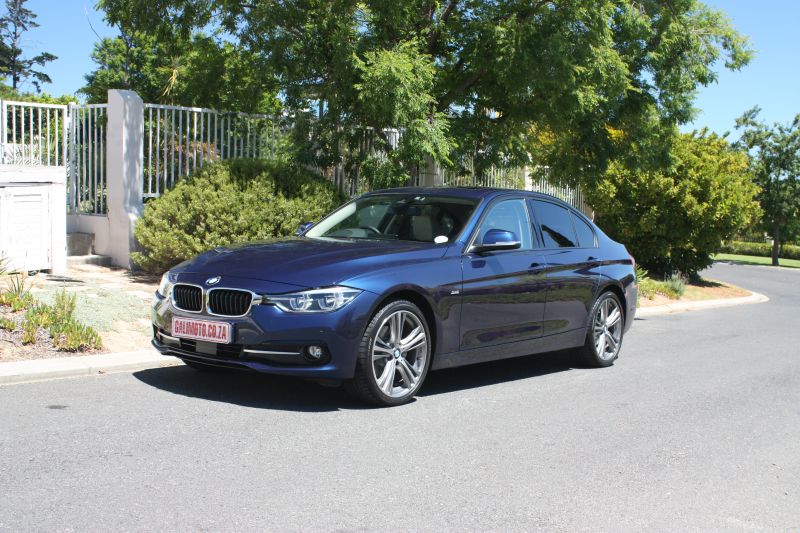 Holy smokes, Batman. You need a BMW salesperson to make sense of all the models offered by the sixth generation 3-Series launched around 2012. As always, some two-door variants of the preceding range continued to be produced alongside until the F32 and F33 models were ready to be launched.

The F30 range didn’t pioneer but extensively used modular turbo-petrol engines for increased power and efficiency. For the first time, this included a three cylinder motor of 1.5L capacity; the four cylinder had two litres and the six-cylinder displaced three litres. All-wheel drive models were reserved for other markets, as was the Touring estate model.