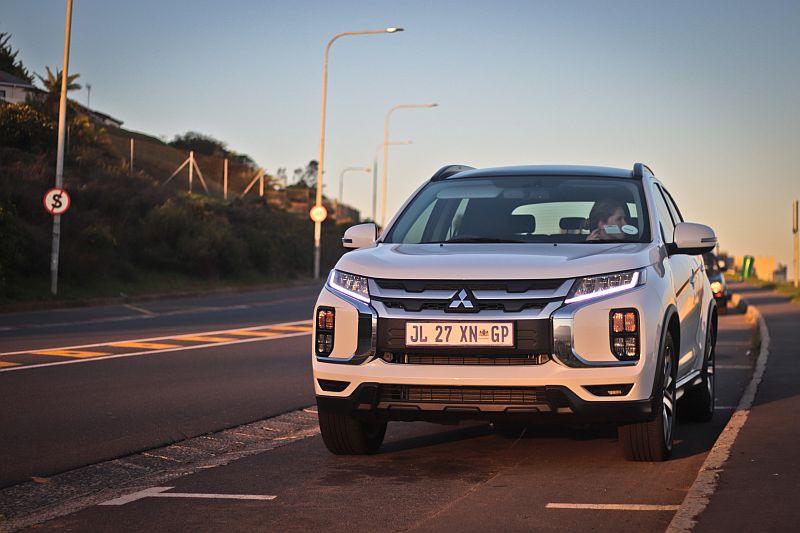 Mitsubishi’s compact soft-roader was recently refreshed; we give you a quick spin in this little city slicker.

You need to know: The ASX has finally received Mitsubishi’s bizarre but modern chrome face which adorns most of its newer products. Some bystanders weren’t too sure about it, I think it looks brilliant (even on the big Triton) and Mitsu must be scrambling like mad to plaster it all over grandpa Pajero’s front end.

More info: The back end also got a shot of attitude with chunky light clusters and contemporary fake vents in the bumper. Its interior isn’t quite as wild – as often pointed out by other publications – but I found just enough chrome detailing, tech gizmos and soft surfaces to call it a relatively stylish and comfortable cockpit.

What else? ASX offers a surprisingly generous amount of space for four adults while the boot takes about 400L. Fold over the 60/40 split rear bench to add another 800L. Ground clearance is 195mm, its turning radius is just 5.3m, the fuel tank can hold up to 60L and its maker claims a best-case average of 7.9L/100km.

Bad points? Southern Africa only gets one model with a 2-litre petrol 4-cylinder engine sending 110kW or 197Nm to the front wheels only. We tested the loathed CVT model and found it less annoying than the diabolical unit in sister 2.0 Eclipse Cross, yet petrol-heads should consider petrol rivals or the Manual ASX.

Good stuff: It rides well, has predictable handling, great LED headlights and all the desirable mod-cons included in the price. That’s right, Mitsubishi does not charge extra for a single thing so metallic paint, 18-inch alloys, leather, heated front seats, keyless access, reverse camera, smartphone integration and that enormous glass ceiling are all part of the parcel.