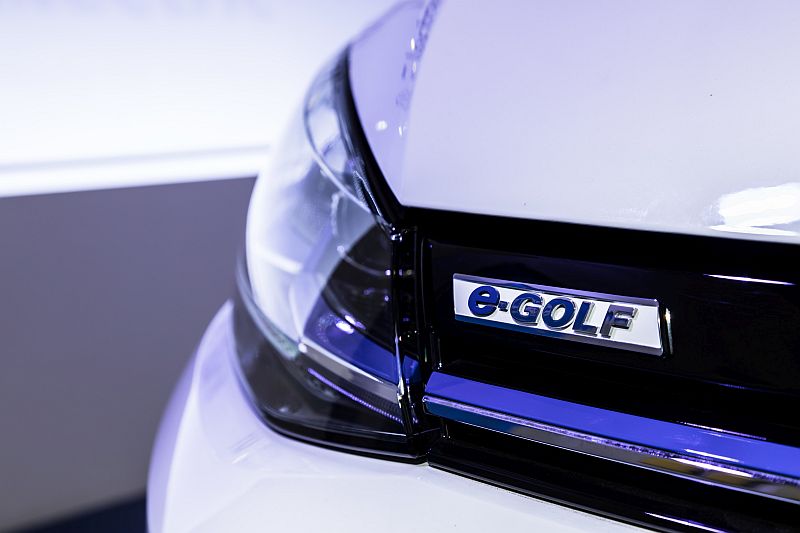 Here are three reasons why we are excited to see this in South Africa:

1. South(ern) Africa in need of an electric mobility platform

In a previous article on NamWheels.com, we outlined the reasons and the need for electric mobility within South Africa. Much like the brick cellphones from the 1990’s, electric mobility technology is rapidly improving due to an increase in battery lifespan, charge time and range.

Whilst electric cars received a fair amount of polarising opinions over the past few years, we have to agree that these are becoming more appealing, with the Volkswagen Group introducing two new models. One of which we will discuss in the second point of this article.

The first step of a three-phased program, will see the manufacturer, implementing an e-Golf pilot project in both Gauteng and the Western Cape. This will help to drive customer awareness and basic education, regarding electric vehicles in South Africa. This program aims to provide valuable insights to customers, regarding the experiences of driving and living with an electric vehicle in South Africa.

The second phase will see the expansion of the Volkswagen fleet as the fully electric Volkswagen ID.3 is set to be introduced in 2021. However, this will also be used market electric mobility within South Africa amongst prospective clients.

The third phase will then some of Volkswagens fully electric vehicles, be presented to sell to customers from 2022 onwards.

Members of the public are urged to sign up on the Volkswagen website: www.vw.co.za to be kept informed.

Although it might be a while before the ID.3 makes its appearance in Southern Africa (not confirmed as one of the 2022 Volkswagen models to enter the country), Volkswagen has truly shown what it is capable of with this.

While the Volkswagen Beetle / Bug was known as the first generation for the manufacturer, the Golf only moved the ideology of a “car for the people” further into the second generation. While we are awaiting the arrival of the Golf 8, the new ID.3 has already shown the capabilities of the manufacturer to make electric mobility more appealing.

Whilst electric cars have been a desire for many to test or an far fetched idea to own, the ID.3 has been built again as a car for everyone, bringing the electric revolution closer to many and redefining the phrase “the future is now”.

Soon to be released overseas, the ID.3 is set to be an affordable option, promising a healthier range than most of its hatchback electric-powered competitors. In the UK, it will replace the e-Golf, which we in turn will see in 2021 and 2022.

However, the ID.3 is set to bring the same hype than that of the Tesla Model 3; only within the smaller EV market.

The ID.3 is said to develop 210bhp, whilst also conquering a full battery range of 563km. Currently, only the Jaguar I-Pace matches these figures within South Africa.

It will be slightly longer than the current Golf 7, by approximately 128mm, making this a still relatively small city car, with more interior space. Secondly, the batteries used in the ID.3 is also said to last for a decade or two, bringing down the stress levels of purchasing a new battery after 6 or 8 years. This will greatly influence sales as the price of these batteries are quite costly.

While we await the arrival of the E Golf, the ID.3 certainly shows us the direction in which the manufacturer is moving.

3. Volkswagen one of the current leaders in E-mobility

The Volkswagen group has already made a clear statement, regarding it’s future in e-mobility. Besides the Porsche Taycan awakening tremendous interest around the world, the VW group has also made its intentions clear within the motorsport world.

Apart from the I.D.R changing the way we see motorsport, Volkswagen and Audi have both committed towards and electric future. After having been very successful in the le Mans endurance series, Fia World Rallycross Championship, FIA World Rally Championship, German Touringcar Championship, and many more; the manufacturer is now stating its clear intentions to replicate this form in more futuristic platforms.

Volkswagen will also be using their R performance-brand as a way forward with regards to EV platforms. Still not completely sold on this? Then go and have a look at the Volkswagen Golf eR1 and what it is truly capable of.

What Volkswagen is doing withing the EV revolution is remarkable. In addition to this project in South Africa, Volkswagen also promises the installation of charging infrastructures at Volkswagen;s Uitenhage manufacturing plant, as well as the Dealer Training Academy in Centurion, Gauteng.

We are certainly looking forward to this development within Southern Africa!