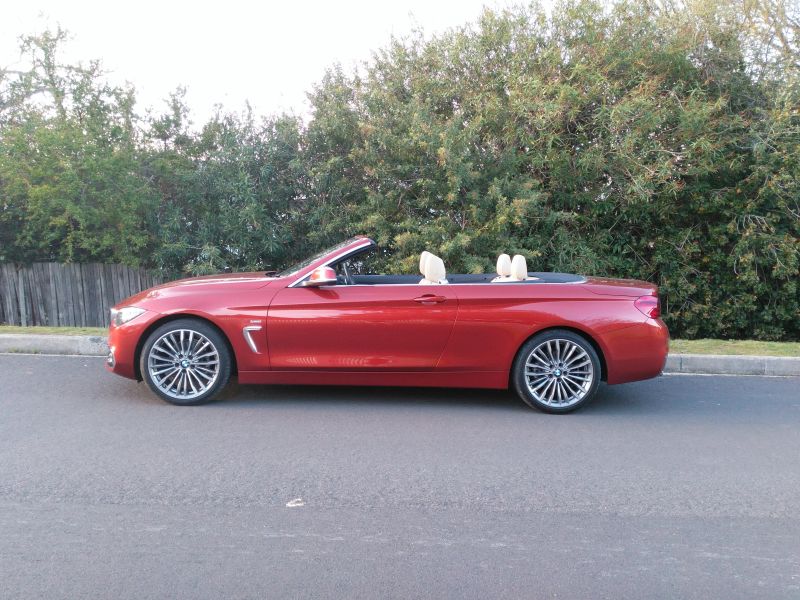 A sexy topless car, lots of details in short paragraphs

What you need to know: The hugely successful BMW 3-Series sedan used to have coupé and convertible versions but a few years ago the Bavarian manufacturer changed the designation of all two-door variants to 4-Series. They also did away with naturally aspirated engines, so every 4 (or 3)-Series is currently turbo-charged. 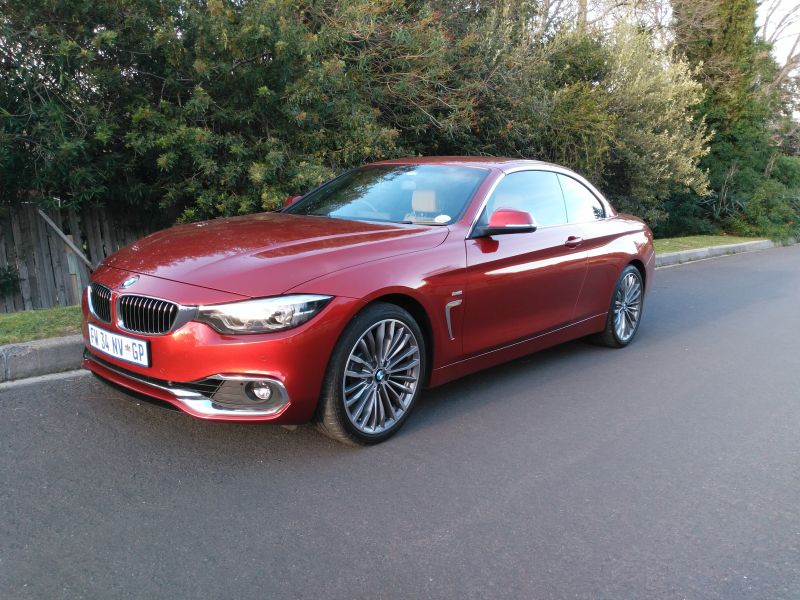 Where old 3-Series cabrios had a fabric top, the current 4-Series Convertible features a metal origami roof.  It’s a marvellous sight to see when its hat splits into three pieces and turns the car’s weirdly-shaped 370L boot into a rather mediocre 220L of space. We timed the roof at about 25 seconds open to closed; or vice versa.

Some more facts: It’s worth noting that the animated tin top doesn’t operate at anything more than walking speeds and won’t budge unless its retractable boot divider is in place. At least the folded roof can be raised out of the boot to reach underneath. We were delighted to find a master button for all four side windows but didn’t find a wind deflector. 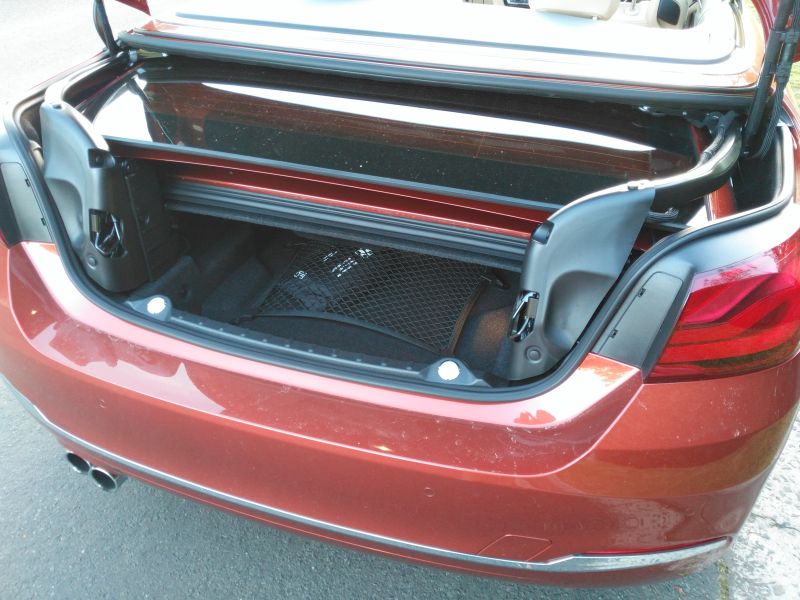 That means there’s quite a bit of turbulence in the cabin, especially on the tight rear seats; of which there are only two. What you’re left with though, is an extremely attractive 2+2 coupé or four-seater convertible with seat heating and neck fans for the front passengers. Perfect for singles, couples or as a weekend toy. 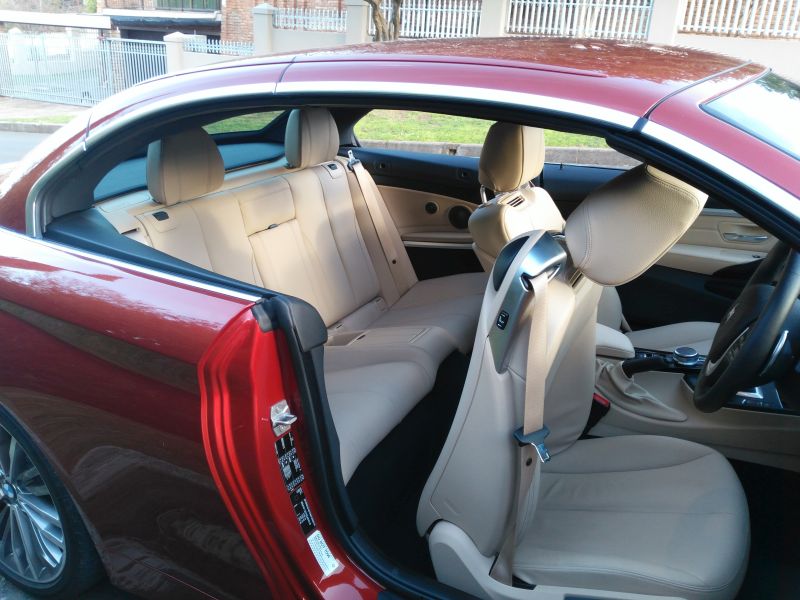 Where we went: For reasons which don’t matter right now, we only had the use of this Sunset Orange car with its beige/black leather cabin for one weekend. BMW uses this jaw-dropping combination a lot in their press photos and Mother Nature showed her approval by gifting us three days of wind-still sunny skies. 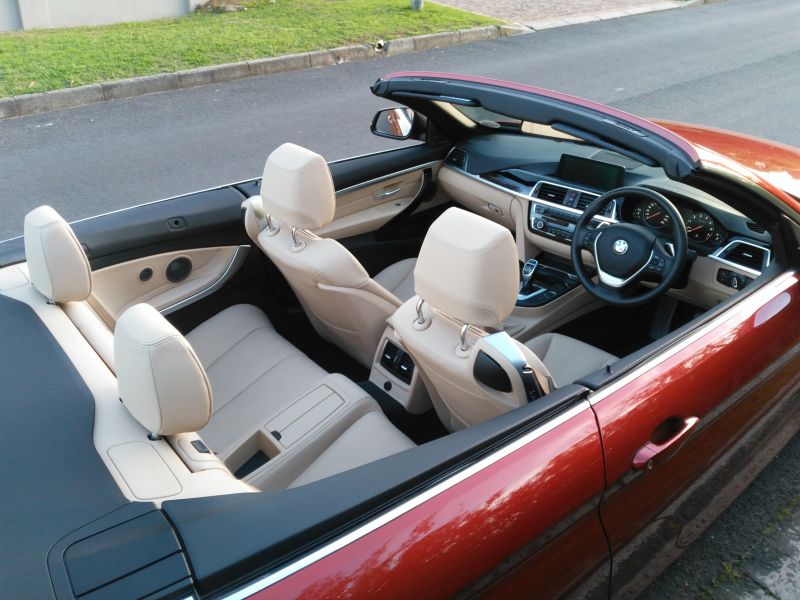 Hence I piled my visiting cousin and her kids into the 420i cabrio whenever I could and (between seating fights) we’d drop the top and cruise through town; eventually waving at everyone. High-speed travel is best done with a closed roof but everyone praised the car’s great looks, comfy ride and reasonable performance. 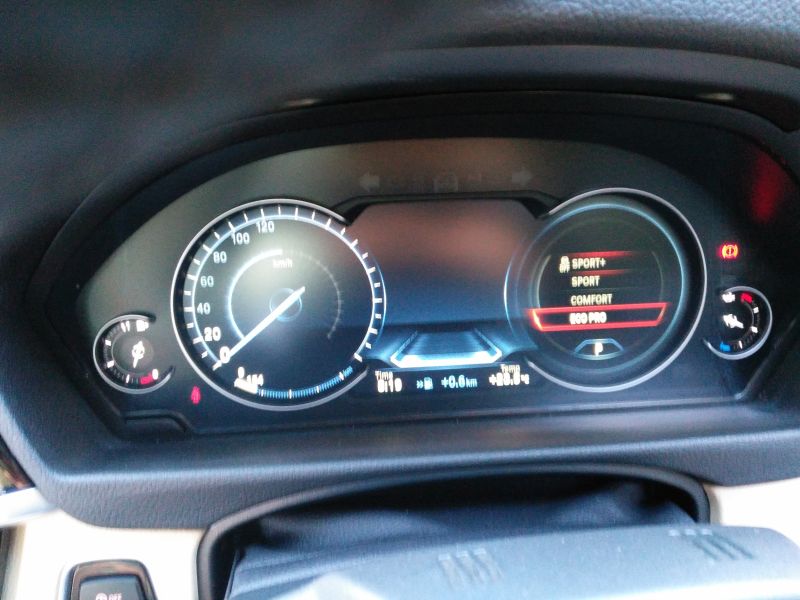 Watch out for: Besides the purchase price, this 2-litre four-pot doesn’t sound particularly interesting. It does provide four drive modes, decent power and good efficiency though. Our “Luxury” test car had a silky-smooth eight-speed auto’box which claims 8.4 seconds to 100km/h and 5.8L/100km. We managed 8.26 at sea level and didn’t care about fuel consumption. 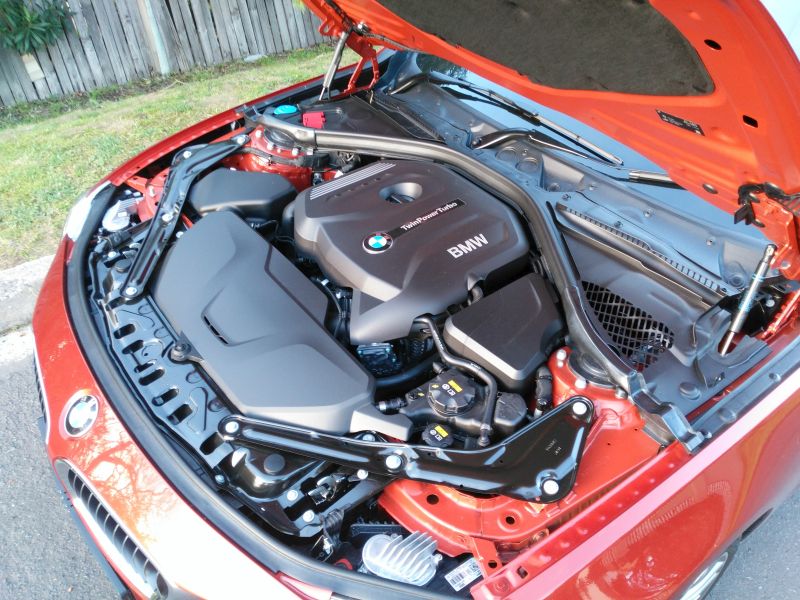 Why you’ll want one: Looks, looks and a bit of driving precision. The topless 420i, like its 320i Sedan, 420i Coupé and 420i Gran Coupé brothers we tested before it, is pleasing to drive with modern beauty, heaps of style and safety kit, many optional gadgets and sensible stuff like black touch surfaces. We wholeheartedly approve.