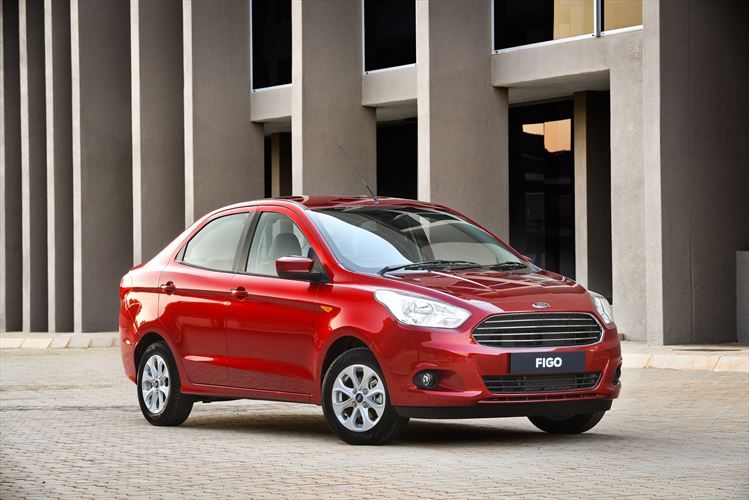 What you need to know: We somehow haven’t had much exposure to the Ford Figo except for a tired specimen picked up from a rental company. This here was our first proper, week-long test of this budget car and presented itself in the new-generation sedan with 1.5-litre petrol engine and range-topping Titanium trim.

Also part of the parcel was something called the “Powershift” automatic, a dual-clutch automated gearbox of sorts. But more of that later. Leaning on its brand design – as everyone does – the Figo sedan won’t stop traffic with its looks nor will it cause projectile vomiting. Decent proportions, clean lines, cool alloys. It’s ok.

The instrumentation is basic, the messy Ford dashboard isn’t. All seats are comfortable and support four adults on long distances, five will be a push. Figo sedan’s boot takes up to 445L, a VW Polo Vivo sedan capitulates at 432L but an Etios sedan swallows 562L. The Toyota isn’t available as an auto, though.

Where we drove: Work, home, work, home, etc. A small stint on the highway proved that the new Figo sedan happily cruises along with traffic and, like all 1.5-litre mills, its 82kW/136Nm engine is eager and rev-happy. Performance testing revealed a mild launch control and 0-100km/h in 10.02 seconds. Ford claims 12!

Watch out for: That automated box of gears. Like early dual-clutch attempts from Hyundai and Mercedes, this unit is very jerky and feels indecisive; especially when going from coasting to half or full throttle. A little button on the lever gives you a degree of gear control but left to its own devices, it’s pretty awful.

Why you’ll want one: The space of a small sedan at a reasonable price, mixed with modern technology and the convenience of an automatic. We would only advocate this car to people who can’t (or won’t) pilot a manual because unfortunately the Titanium trim and gadgets are only available with this gearbox.