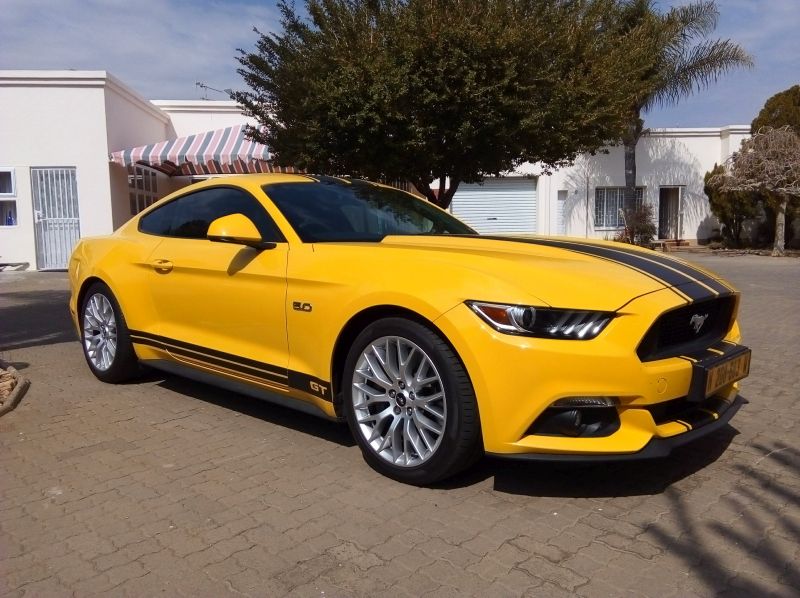 Finally. NamWheels got to drive a Mustang…

What you need to know: I’m breaking two company rules with the Sprint Review of this car and it’s all for you, dear reader. You see, usually we get our cars from the factory press fleets but Ford S.A. somehow think their Mustang is too precious for us to test. Why? No idea.

So that means that (a) this yellow GT Coupé you see here is privately owned and (b) it’s actually a pre-facelift model because the blue oval just updated their Mustang range. Seeing that we weren’t invited to the launch, I have no idea what changed but my powers of observation conclude the following: not much.

More facts: Not everyone appreciated this colour but I’m a huge fan; of yellow in general and if you’re going to buy a 416hp play-thing, why not tick a bright and cheerful box? Although it has a decent boot (380-odd liters) and most contemporary convenience features, I wouldn’t recommend this as a daily driver.

Watch out for: Primarily because – you guessed it – the 5.0 GT likes a drink or twenty from the 60L tank. Its huge coupé doors, long nose, stiff suspension and low ride height can also be troublesome in your daily grind but the biggest issue is this car’s brutal power delivery. I’ll let you be the judge if that’s good or bad.

Fact is, even at low atmospheric pressures like Windhoek, this yellow V8 specimen would happily break traction at the rear wheels. Although these power-slides were relatively easy to catch (because of a clever traction control system) it can sometimes be an unwelcome and unwanted occurrence. Like, for instance, while trying to exit a parking garage…

Where we went: Quite a few places around Namibia’s capital where the ‘stang drew loads of attention and spoilt me with superb air-con and disastrous fuel economy. Ford claims 12L/100km, I got about double that. This big two-door is also a great long-distance chariot for two people while overtaking, hahaha, is child’s play.

Why you’ll want one: The car’s looks, other people’s looks (especially in this hue), the V8 noise and that sensation of piloting an old-school brute. I don’t care what these cost new, or how long the warranty is. I’m also supremely disinterested in the four-cylinder model and I strongly suspect that you are too.