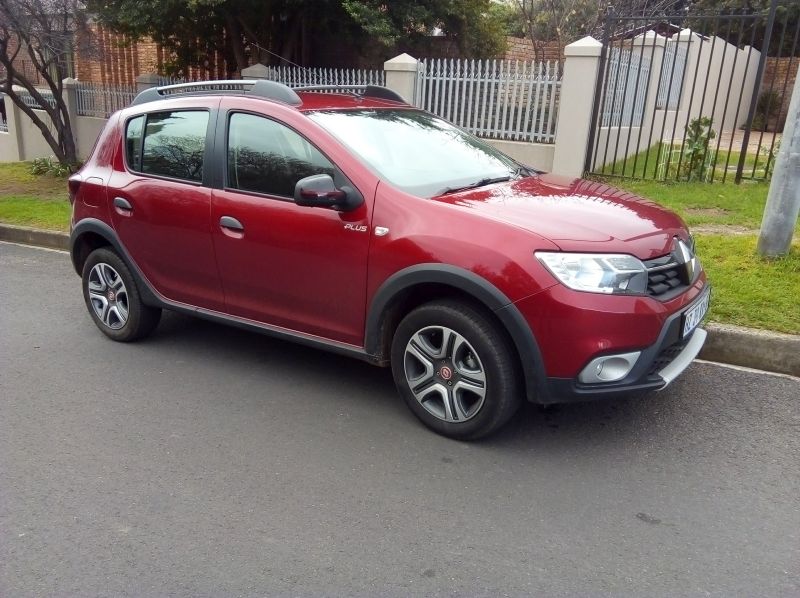 Oh dear. For reasons which don’t matter anymore, I’ve test-driven this exact model before and after this review. Don’t despair though, dear reader, for I aim to bring you a fresh look at this bargain basement hatchback crossover thingy.

You might not know: Elsewhere on the planet this is labelled as a Dacia; because it actually is one. Renault climbed into bed with the Romanian producer of budget cars a while ago and where the first generation Sandero was still fairly Eastern European (but assembled in India), this gen-II model carries an increased amount of French DNA.

Some bizarre info: True to its budget calling, this car has no flip / smart key and no remote boot opener. The rear hatch only opens from the outside by means of the bearded key turning an old-school lock. That recess under the latch hides nothing but a deceptively soft rubber seal. Those seals are exceptionally good, though.

Under its 290L boot floor you will find a spare wheel which is a notch smaller than its host’s alloy wheels. Not a thin emergency wheel, just a smaller, normal one from a completely different brand. There’s big Stepway lettering on the front seats and all furniture of this car was covered in a funky red/grey cloth with matching stitches.

What else? The metallic blue car we tested last year had black wheel centre caps, this red one had colour-coded red ones. Black mirrors with a colour-coded stripe sit atop stickers denoting this as the “Plus” model. The only exterior Stepway badges (red ones on the B-pillar) were silver before. Same for the interior air vents.

More bizarreness: The driver can operate the front power windows from his door but the rear remote switches are located under the ventilation controls. Next to the main cruise control switch… This is adjusted by the only two buttons on the steering wheel because Renault put the audio controls on a separate stalk behind the bottom-right of the wheel.

Purchase one because: Because Japanese econo-boxes with sturdy residuals and perfect ergonomics give you the heebie-jeebies. It’s also great value (R213,900) and not bad to drive – comfy, relatively spritely and quite economical with the contents of its generous 50L fuel tank.