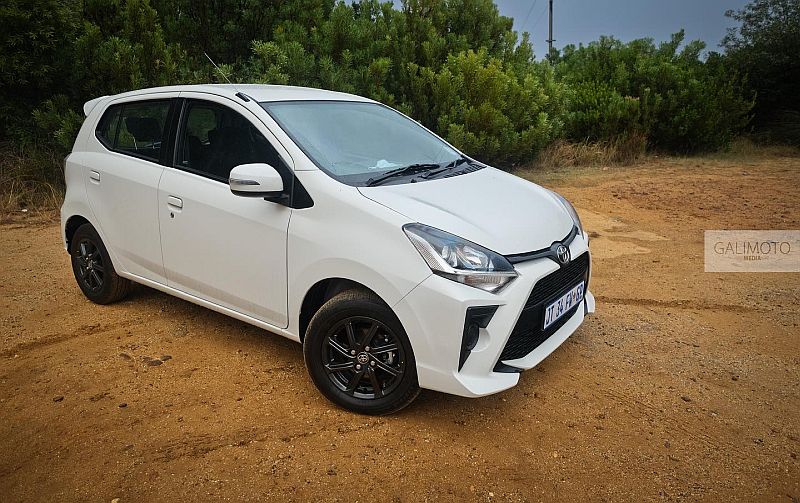 Toyota is an automotive company which really and truly puzzles me. I’m sure there are good reasons for it but why does one of the biggest players have to co-develop or badge engineer models?

You should know: This is not a Toyota. You are currently looking at a Daihatsu Ayla which has gone through the laziest re-badging I’ve ever come across to become a Toyota Agya. Its forefather was the Aygo and, in keeping with four-letter made-up names, its siblings include the Perodua Axia and Toyota Wigo.

More info: Open the bonnet (hood) and you’ll soon be greeted with Daihatsu hoses and stickers. This is not a bad thing, as Toyota owns a share in this manufacturer who’s well-known for building good, small cars. Also, this is where you’ll find the 998cc in-line 3-cylinder petrol engine whirring away to a maximum of about 67 horsepower.

Why you shouldn’t: In the case of this white press demonstrator… the automatic gearbox. It’s one of those old-school four-speed “slush-o-matic” devices which is comparably slow in its operation with ratio drops which are far too wide for its diminutive host. You can intervene via the basic gear lever, but not all the way to first gear; which you need most.

Why you should: Look, it’s much better than any of its cheapy rivals’ droning CVT efforts, plus we found that booting the throttle solved most momentum woes. For nervous first-time or chilled last-time buyers, it’s absolutely fine. But for anyone else, especially those who enjoy driving, we suggest the cheaper five-speed manual version.

Toyota claims 0-100km/h in a terrifying 16.3 seconds for this model but we achieved an astonishing 15-second run at sea level. That’s still very pedestrian, though. Its maker says that this Agya 1.0 Auto can do 145km/h and we tapped off just north of 140; so their claim seems plausible for a more patient driver.

Summary: This is an affordable little car which is well-spec’d beyond the sketchy duo of Go/Kwid and more towards our two favourites, the 108 and Atos. Yeah, seat height adjustment would’ve been nice and I didn’t like its angry face, but this is all about value and that badge… even though it’s stuck over a Daihatsu one.