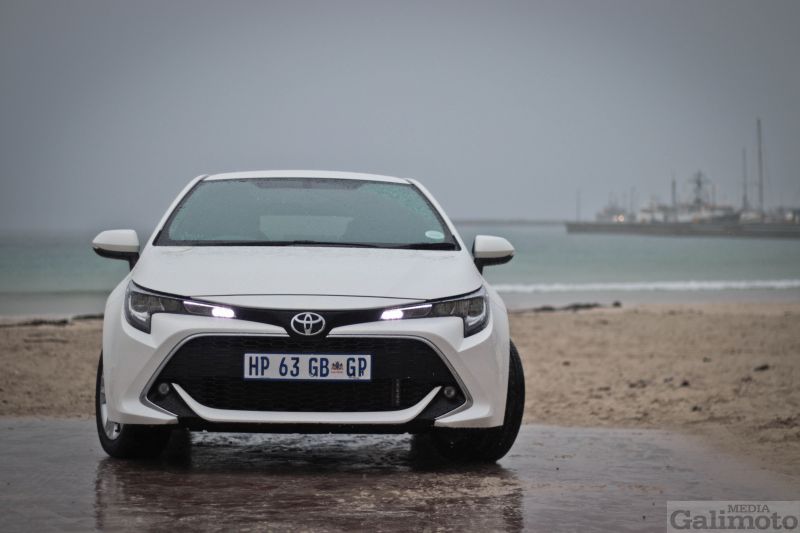 Does a Toyota Corolla even need to be reviewed? We think this new one does…

You need to know: As the planet’s best-selling car of all time, the Toyota Corolla is often equated to white goods or other utterly boring stuff. I used to fuel those flames (and still detest humdrum consumer items) but this new hatchback model has swung my opinion right ‘round.

More details: Angular shapes and interesting details are relatively new to the Toyota brand who, no doubt, finally allowed their designers a bit of freedom. The resulting design language, as also proven by the new RAV4, isn’t completely coherent but I revel in its newfound pizazz and uniqueness.

What else? Underneath all that pizza-ness, it’s still a Toyota. There’s ambiguity in that statement but it promises solid engineering, no-nonsense ergonomics and the basis for many trouble-free miles. The new Corolla cabin layout has also been hit with a Salvador Dali stick, repeatedly, yet all controls are easy to find and operate.

It’s also packed with market-related items like keyless access and start button, climate control, seven airbags, LED headlights, vehicle stability control and many other driver aids while its dimensions are also most respectable. These include a big 500L boot, generous 50L fuel tank and forgiving 205/55 tyres on 16-inch alloys.

Watch out for: Old-school Toyota owners may dislike the new-fangled infotainment (media) screen while some may bemoan the use of a down-sized, jacked-up engine. This petrol-fed 1.2L four-cylinder delivers 85kW in the usual, slightly lumpy turbocharged manner although Toyota has engineered in some extra low-end grunt.

Around town, it’s quite nippy.

Another negative which applies to our current motoring scene in general is that this long-nosed Corolla sits quite low to the ground (140mm) so extra caution is advised near steep driveways, tall pavements and other novel obstacles in our SUV-mad world.

Why you may want one: New face, old friend. If you just want to trade in your current Corolla – heaven knows why – this will be a slightly strange-looking but worthy replacement. For everyone else, this is an interesting entry into the world of Toyota. It even has a Nissan 370Z-esque gear-down rev-matching feature!