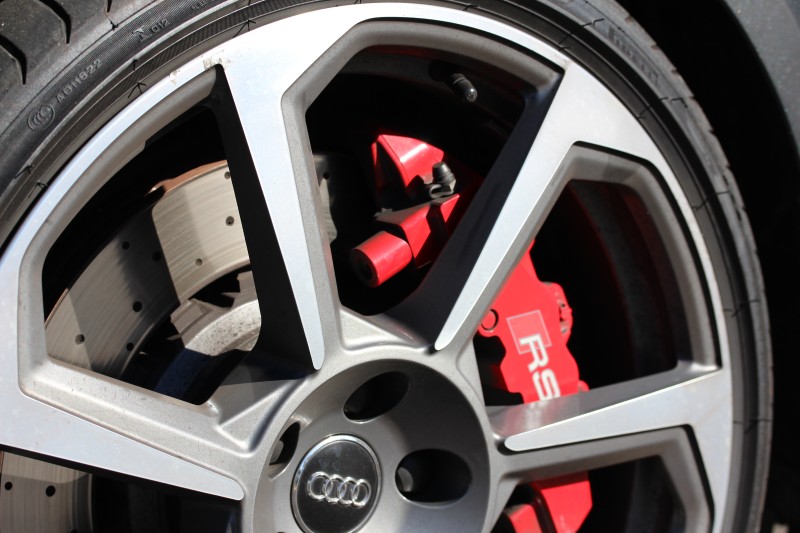 The new millennium started well for Audi Sport as it won the 24 hours of Le Mans from 2000 – 2014,  only beaten by Bentley in 2003 and Peugeot in 2009. Winning the FIA World Rallycross championship in 2016 as well as the Intercontinental GT Challenge from 2016 to 2018, Audi Sport remains fixed in motorsport history.

Yet, the history of Audi Sport started well in advance of their WRC entry in 1982 as the NSU Motorenwerke (DKW, Simca and Audi) group already started contesting motor racing in 1908. The NSU group would later be bought by Volkswagen.

Audi certainly had success on the racetrack, but where and when did the RS-badge came to existence?

Although the RennSport name already came to existence in the 1950’s with Porsche and Borgward, the same top-tier branding only joint forces with Audi in the 1990’s. More significantly, the first Audi RS model was a product of collaboration between Audi and Porsche.

This was the first Audi Sport product for road users. Fitted with Porsche 911 wheels, brakes and suspension, the B4 saw a perfect culmination of luxury (mainly Audi) and sportiness (mainly Porsche).

Porsche took the iconic station wagon (avant), the Audi 80 and spiked the 2.2 litre (5 cylinder turbocharged) engine to produce 232kW / 223 Nm. This would charge the RS2 from standstill to 100km/h in only 5.8 seconds.

For the 90’s, this was something to behold, considering that it went even faster than Audi’s own S80.

The early 2000’s saw the removal of the Audi 80 and the introduction of the A4. Subsequently, the RS4 took over as the successor for the RS2. This time around, Porsche left Audi to it.

The RS6 plus was also released in 2004, producing 350kW and 317Nm. This meant that the 0-100km/h sprint time would drop by 0.2 seconds, while Cosworth tweaked the suspension and steering even more.

The C5 also saw the release of the first-ever sedan RS model.

Perhaps one of the most iconic Audi RS models, the B7 saw the second RS4 built in 2006. Not featuring any turbos, the B7 saw a 4.2 litre naturally aspirated v8. This same engine was used in the first-ever R8 model.

Firmer suspension, sharper steering and ceramic brakes (borrowed from the then Lamborghini Gallardo) also made this specific model sportier.

The RS4 once again returned with the naturally aspirated 4.2 litre V8, producing the same amounts of power, found in the B7.

The third generation RS6 and RS7 featured a slightly smaller 4.0 litre TFSI v8 engine, capable of 412kW and a monstrous 700Nm. This immediately brought down the 0-100km/h time to below 4 seconds.

Audi decided to move away from the hatchback format in 2017, developing a 5-cylinder 2.5 litre turbo petrol, capable of producing 294kW and 480Nm. Fitted with a 7-speed dual clutch automatic gearbox, the new smallest RS could reach a 0-100km/h time of 4.1 seconds.

For 2019, Audi brought out the RS4 and RS5 with the same engines. While the RS4 saw itself as an Avant, the RS5 took the form of a coupe.

In 2017, Kelvin van der Linde famously took the #29 Land-Motorsport Audi R8 LMS to a sensational 24hours of Nürburgring victory on only the last lap as rain caused chaos for pit crews and team strategists.

The R8, designed by Frank Lamberty and Julian Hoenig took to the public roads for the first time in 2006 as Audi’s first go at the supercar category.

The first models saw the recognised 4.2 FSI V8 engines, however, would soon be fitted with the 5.2 FSI V10 engine, borrowed from Lamborghini.

The second generation R8 took to the roads in 2015, also seeing the release of the V10 plus. Sharing the same aerodynamic features as the Lamborghini Huracan, the V10 plus (449kW) could manage a 0-100km/h in only 2.8 seconds.

To date, this is a very popular car in the Audi Sport stable, with Audi centre Somerset West recording record sales figures in 2018.

The same year also saw Audi, fitting the R8 with two-wheel (rear wheel) drive, rather than the normal Quattro drive.

To this day, many hardcore Audi Sport fans believe that the RS badge should only be fitted to Avant’s and 2020 will be no different. Returning to the centre stage for the Audi product range for the RS badge, will be the RS6 Avant as well as numerous SUV models, most notably, the RSQ8.

While the TT RS and R8 models will receive a facelift (probably in Q3/Q4), the RS7 Sportsback (4 litre Biturbo V8) will also make its way towards South Africa around the same time and will develop 447kW.

Perhaps the biggest surprise will come from the 2020 Audi RS Q8; only the second Audi SUV to receive RS treatment. It will feature the same 4.0 litre turbocharged v8 engine, but, with added hybrid assist, will reach 0-100km/h in only 3.8 seconds. This result is surprising, seen as though this is a large SUV that we are talking about.

Since its inception with Porsche, the RS name has come a long way. While Audi decided to only bring out one RS model at a time during the 90’s and early 2000’s, the story has changed somewhat and today we are seeing more of these sporty Audi’s on our roads.

With the E-tron models also making its way to South Africa, the manufacturer will have a busy, yet exciting year or two laying ahead.