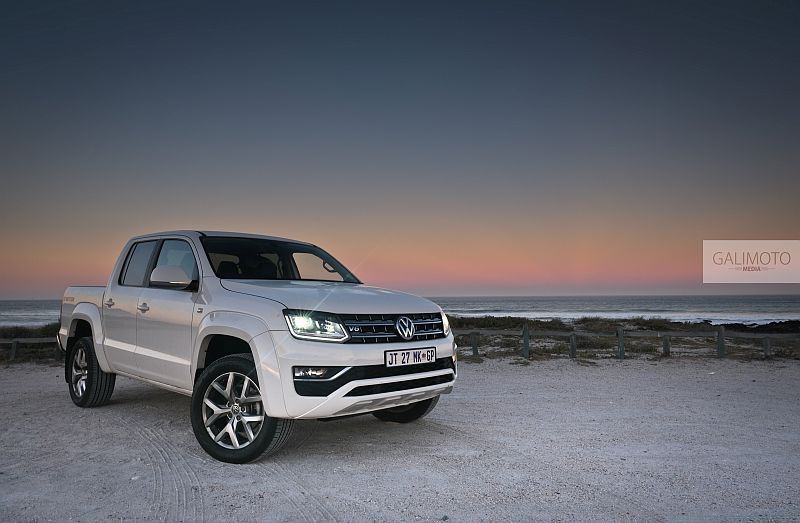 Many manufacturers stick ‘sport’ badges on their top-tier models, knowing fully well that it might not be sporty at all. The new more-powerful 3.0 litre v6 Amarok, rather deserves this badge, yet silently springs a surprise on keen challengers.

When it comes to the luxury ‘bakkie’ market, Volkswagen has already firmly established itself as the leader in this field. Yes, legroom in the rear is limited (compared to the competition), whilst the 3.0 litre V6 might not be the lightest on fuel, but given its immense appeal and dual capabilities, Volkswagen is certainly not sitting back and allowing others to catch up. The German manufacturer might have big plans for 2022, but for now, we look at one of their latest strides towards perfection.

In 2019 we were entrusted with the Volkswagen Amarok Canyon for the whole of the December month. With 165kW and 550Nm, the V6 engine was also capable of releasing 180kW and 580Nm for a short period (10 seconds) of time (referred to as overboost). Not that it really matters, but during our speed test, this model covered the 0-100km/h test in just over 7 seconds.

Personally, the time spent with the Amarok Canyon was quite special as it not only allowed us to cover more than 1000km on both the open- and gravel roads, but also coincided with one last trip across the Breede River ferry, before it was replaced with a more automated and faster ferry. Several of my childhood memories took place along this ferry and it was a worthwhile send off.

The Canyon did, however, carry with it the normal burdens of a ‘bakkie’, which is also understandable, seen as though it needs to fulfil two polar opposite roles and therefore make the task for any manufacturer incredibly difficult.

With the new trend to own a bakkie as a city dweller, manufacturers are trying to find the perfect balance between comfort and the ability to carry heavy loads. In order to succeed in the latter, the rear suspension arms have to be quite stiff, making it quite stiff when carrying no load at all.

Our travels on the open road was therefore very enjoyable and overtaking could be done with ease. Taking to the gravel road did however prove difficult for handling and comfort. Surely if the Amarok Canyon was loaded with more inhabitants and carry-ons, the ‘jumpiness’ of the read suspension might have been less.

Not being a bakkie person at all, bar two specific models (of which the Amarok 3.0 litre is one), I do miss the Amarok Canyon.

Three weeks after its initial launch, we were given the new 3.0 v6 Amarok and although it might seem identical to its predecessors, it is the hart of the Amarok which is most important in this case.

Carrying the old Porsche Cayenne diesel engine, the new adapted Amarok 3.0 V6 is powered by 190kW and 580Nm and no, this is not only for a period of 10 seconds. A 0-100km/h therefore takes only 7.1 seconds, leaving other bakkies in your wake as they grin towards you at every robot.

However, just as unforgiving as this Amarok can be, an 8-speed DSG gearbox helps to keep the revolutions at a very quiet 1500 rpm at 120km/h. The engine note is barely noticeable, with only the spool of the turbo indicating a slight increase in power.

Should, and I say “should”, your back tend to get stiff after a long roadtrip, heated seats can also help to heat up those old muscle tissues. However, I would have to firmly state that I would much rather take this Amarok over the longer road. This might also be because of the high-profile tyres (in contrast to the 20-inch wheels from the Extreme 4 Motion model), which results in a much softer and off-road capable ride quality.

As stated before, legroom in the rear might be somewhat less than in other double-cab models, but a wider body design result in three people being able to sit next to one another, which is not necessarily the case in other bakkies. Secondly, the fuel consumption generally runs above 10 litres per 100km, which is expected from such a big engine.

However, the Amarok 190kW is perhaps the most ideal bakkie candidate in pulling heavy loads (up to 3.5 tonnes). The 4 Motion system also helps to cover gravel roads with ease, although it might not be a class leader for heavy-duty off-roading in terms of hard-core bakkies. A 237mm ground clearance and off-road ABS does, however, help to overcome challenging obstacles.

What this rather is, is an exclusive and luxury bakkie, especially when the R996 000 Extreme model is purchased. Yet, we feel that our Highline test unit (at R921 900) might be the perfect balance between an urban-friendly and off road capable bakkie. The Extreme Amarok may just be purely for urban use, with minimalistic gravel road usage.

However, it certainly looks the part.

In terms of safety the Amarok does feature ABS with EBD, electronic stability control, tyre pressure monitoring and front airbags.

Having been in Southern-Africa now for over 12 years, the current iteration of the Amarok is set to change after it was announced that it will be locally produced in collaboration with Ford.

We cannot wait for this!