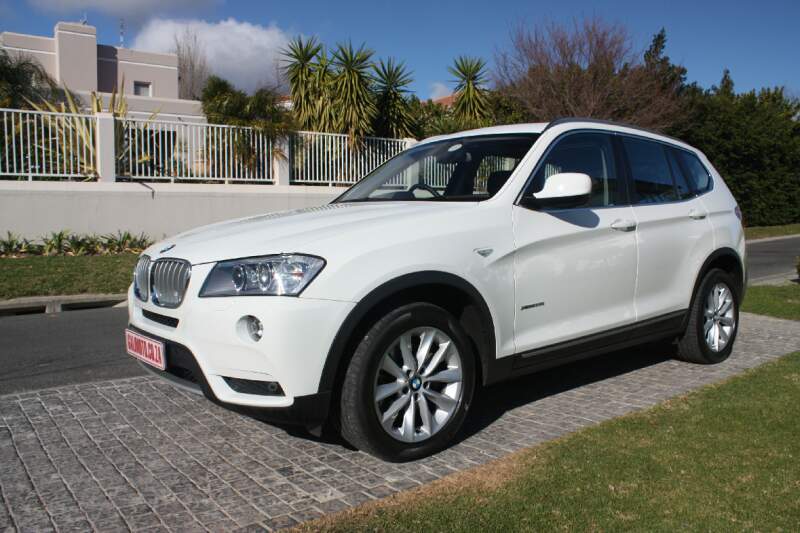 Time for some history lessons. BMW stands for Bayrische Motoren Werke, which means Bavarian Motor Works. Bavaria is a province of Germany and saw the birth of BMW in 1916. The white on blue propeller badge pays tribute to aircraft engines which the company produced in its early years.

Fast forward almost a century and it won’t take long until you spot a BMW X3 in traffic. The compact SUV was introduced in 2004 and has recently been updated extensively. A smaller and cheaper rendition of the highly successful X5, BMW refers to these extra-soft soft-roaders as Sports Activity Vehicles (SAV).

A Storm Trooper is a fictional soldier from Star Wars who, despite being a baddy, is clad in white panels with black hinges. I mention this because a white X3’s backside has uncanny similarities to an Imperial Storm Trooper. If you’re unfamiliar, ask an older relative or Google.

This concludes our lessons for today. I’m sure a darker colour may have failed to bring the Star Wars likeness to life, but the X3’s bulging body and painted lower bumpers would remain. This, together with the noisy and low-profile run-flat tyres, proves that it feels most at home in an urban environment.

The glaring lack of a spare wheel, low range, differential lock(s) or any discernable button/knob/lever marked “4×4” proves that it will put up with light off-roading while offering you car-like performance and handling. Its dimensions spoil you with ample passenger and cargo room, plus a raised driving position.

This multi-award-winning motor impresses in any Bee Emm you may find it; this particular example was blessed with an extra dose of vigour as it catapulted the X3 past 100km/h in an astonishing 5.3 seconds while happily trumpeting and roaring to a whisper beyond 7,000rpm.

It’s your choice, really, and that’s what makes this car so versatile. Paired with an optional suspension and dynamic control system, this X3 can go from a comfortable cruiser to a GTi assassin in the blink of an eye.  Sports mode may be too hard for most occupants, just like its offensively hard gear changes.

Our average consumption hovered around 13L/100km but repeated use of the smooth “Normal” mode saw that figure decrease again. A current X3 owner took delight in the updated cabin which drips with functionality and quality (plus a freaky wood grain in this vehicle), and almost feels like a shrunken X5.

Proof for this claim came with the head-up display and heated steering wheel, electric everything (including park brake), premium sound system and comprehensive iDrive system with hard-drive, navigation, radio, CD, USB, mp3 and bluetooth connectivity. Unfortunately, most of these are optional extras.

Crisp and clean instruments include the new Efficient Dynamics gauge which tracks regenerative energy to improve consumption, emissions and performance. A Start/Stop system shuts the engine off at standstill but isn’t ideal in heavy traffic with an automatic gearbox that tends to lurch forwards after a restart.

Prices start at N$470,000 and end at N$607,000 for this xDrive35i. Add a few optional extras and you’re soon nudging X5 territory, but most Germans can be accused of exuberant options pricing. Given the choice between a bog-standard X5 and maxed-out X3 storm trooper, I know which one I’d go for…