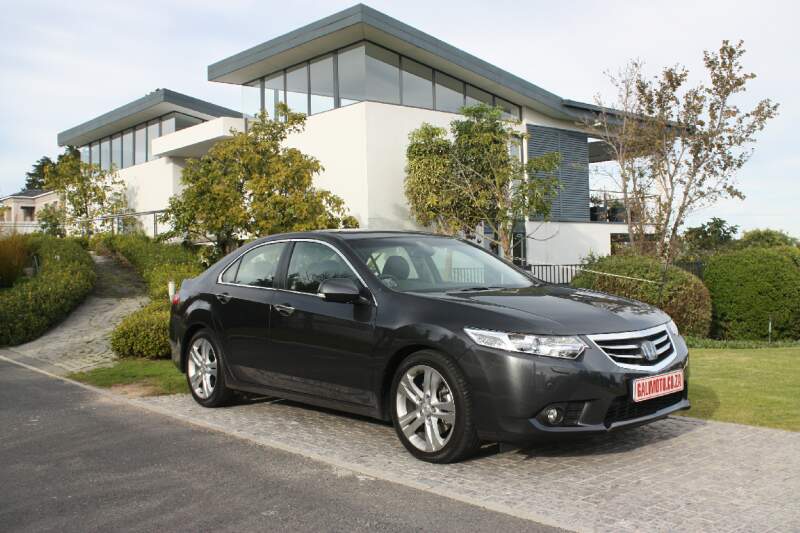 Many moons ago, I wrote that some things never change. It may be the only constant in the universe but some leopards just don’t fancy changing their spots. This is a good thing. Especially since it applies to the same car I described back then – the Honda Accord.

With its recent mild facelift, I even likened the poor automobile to a Billy Joel record: agreeable and nice but not exactly everyone’s cup of tea. Spending time with a Honda Accord is like visiting a favourite uncle or parent – heart-warming and soul-filling but not particularly exhilarating or cool.

I realise that this is just my perception and that I might’ve just angered many a proud Accord owner, so I offer you this: as a motoring journalist, I cannot find much fault with the Accord except its pricing. There are tiny niggles here and there but it’s always been, and still is, one of thee most refined cars I’ve piloted.

Honda’s apt television commercial springs to mind where engineers managed to drill a hole through a thin wire, symbolising the Accord’s sophistication and attention to detail. After years of service, the Accord’s chiselled shape still looks unique and distinguished, executive and classy.

Part of this might be due to its initial purpose and intent – the Accord invaded America’s car market in the early 1980’s, spoiling for a fight with the racy Germans and lazy Yanks. Its opponents went down in the first round and remained lights-out for an incredible fifteen years as the Accord claimed top spot.

Namibia and South Africa only welcomed the seventh generation which debuted in 2003 and, despite its accomplished nature, never made a big impact. Generation eight appeared in 2008 and falls in line with European and Japanese markets; the American Accord looks slightly different nowadays.

Different would also be a good word to describe its interior, the Accord features a futuristic dashboard with a central info screen and space-age instruments avec floating needles. The cockpit exudes solidity and quality with a big crowd pleaser being the comfy front chairs with twin heaters, electric adjustment, driver memory and extra shoulder support.

Bluetooth and Aux connectivity should satisfy most tech junkies and there’s plenty of storage space for odd items, plus reclining rear seats. Depending on model or options, the ADAS (advanced driver assist system) offers collision mitigation and cruise control via radar, as well as lane assistance.

The audio system’s scattered buttons are a little confusing but the remaining control surfaces including the adjustable multi-function steering wheel are easy to operate. A tiny gear lever with short throws accesses a crisp six-speed manual gearbox and the clutch pedal is light and reasonably forgiving.

Although lacking navigation, the Accord spoils you with lots of automatic and/or electrically operated items, a superb sound system with subwoofer, plenty of safety equipment and a whole school of annoying beeps. The bearded key is a little old-school and ignites and even older relic: the 2.4 petrol four-cylinder engine.

This 148kW (201hp) 230Nm mill is the perfect embodiment of not changing what isn’t broken. At first it appears to be a bit of a bore until you realise how smooth and brawny it is. There’s plenty of oomph in the low rev range and a raspy VTEC scream as it climbs towards 7,000rpm.

It may be a bit too tinny or thrashy for some but its willingness and power can’t be denied, as proven by our GPS performance runs. After deactivating the invasive traction control, Accord happily put down rubber in two, sometimes three gears to achieve 100km/h in a best time of 7.9 seconds.

400m fell in 15.3 seconds and the alleged top speed of 227km/h seems legit. Average consumption is a claimed 8.8L/100km (we got 8.2) with emissions pinned at 203g CO2/km. Accord’s ABS/EBD/EBA brakes are easily modulated and completed an emergency stop from 100km/h with brutal precision. Top marks.

Road holding and ride comfort do the obligatory split between comfort and sporty dynamics, and they do them very well. Push a little too hard and the eager safety systems kick in immediately, switch them off and you get predictable under-steer.

The Accord is available in three spec levels, two body types (sedan and estate) with a choice of two engines and six sober colours. A 3-year/100,000km warranty and 5-year/90,000km service plan are included. The sum of its parts makes this an incredibly refined car. It’s good to know that some things never change.