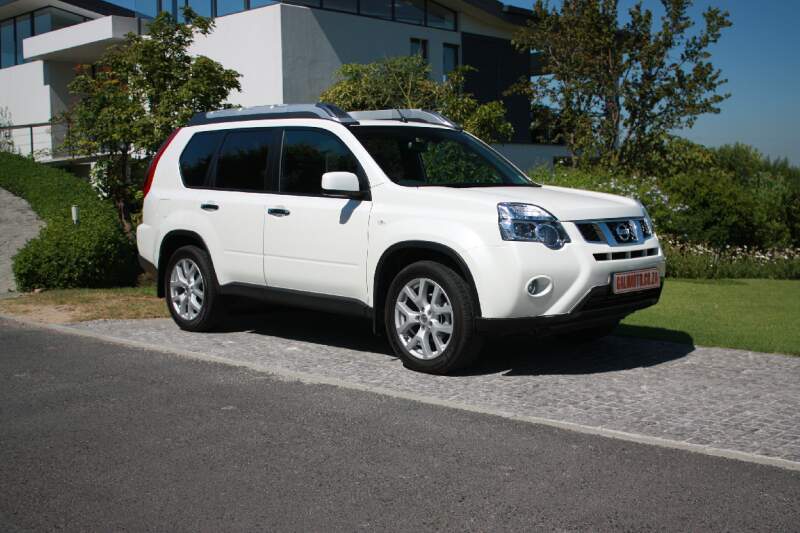 I think I may be in trouble here; after a business emergency prompted my premature exit from the recent Nissan X-Trail launch I completely forgot to write a report on the face-lifted car. In all fairness, I never drove the new X-Trail until my press demonstrator arrived last week.

The last X-Trail I tested was the 2010 edition 2.0 DCi (turbo-diesel) LE top-spec, which I subjected to severe wedding organisation. Four people and tons of luggage couldn’t flummox a product that was well built, great to drive and fantastically versatile.

In 2011 or face-lifted guise, the X-Trail quickly confirmed that it has retained all these hallmarks and simply received a few minor tweaks to freshen up its image. New wheels make a huge difference and modern light clusters still accentuate the corners of the world’s most boxy SUV.

Inside you won’t find much difference either, the biggest change having happened long ago when the original X-Trail’s quirky dashboard with its centrally-mounted instruments was replaced with something a little more conventional.

Under the bonnet you shall find a gem of an engine, something you could accuse almost every modern Nissan of. In this case, it’s a 1995cc in-line four-cylinder turbo-diesel with 110kW (150hp) at 4,000rpm or 320Nm at 2,000rpm mated to a six-speed automatic gearbox.

The common-rail motor demands 50ppm fuel to fully exploit its reserves which allow it to reach a maximum speed of 178km/h. It should also yield an average consumption of 7.4L/100km and emit about 196g of CO2 per km.

In everyday traffic, this translates into lazily smooth performance and incredibly sparing fuel use. The 2.0 dCI only suffers from minor turbo-lag and combines with the auto-box to make standing starts a rather hair-raising situation.

Floor the accelerator and nothing happens until the engine’s 1,500rpm meet the torque convertor’s idea of first gear; then it’ll rocket forward smoothly and fervently. It’s one of very few criticisms I have of the new Diesel X-Trail and I quickly learnt to adapt my driving style to it.

Because once the Diesel is cluck-clucking in its power band, performance is quite pleasing. The car’s road holding is also pleasant and predictable, its body leaning only slightly when hustled through a few tight bends and city blocks.

Considering such sporty intentions, you’ll be pleasantly surprised by the suspension’s comfortable and forgiving ride which swallows up potholes and speed bumps with ease. And as I experienced before, the X-Trail sails along a highway quietly and comfortably.

The brakes are very responsive and the X-Trail’s steering does what is expected of it; the feel is direct and light enough to make every journey a breeze. On top of that, this Nissan has some the most comfortable seats I’ve sat in for quite some time.

Old acquaintances poked around the Nissan for ages as if they were selling the car to each other, with favourites including the comfy seats, good space and head-room, gigantic LE-spec sunroof, rear cargo floor drawer system, equipment list and the big windows which offer great visibility.

The rear seats don’t fold completely flat but can be moved or removed if space is really an issue, the retractable cargo cover is also removable, there are plenty of cup holders and the rear-view mirror has a crowd-pleasing integrated rear-view camera.

A first-generation X-Trail owner spent over an hour in and around the new model and applauded the inclusion or improvement of the roof-rail spotlights, comfy seats, crisp instruments, chilled dashboard cup holders and easy ventilation controls.

Disapproval fell on the lacklustre pull-away, some unlit window switches, the quality of some interior materials and the non-mp3 CD stacker. The sound system does deliver good quality though and offers Bluetooth, an AUX socket and RDS radio too.

Another quality the X-Trail has unfortunately retained is its rather steep pricing. This top-spec LE turbo-diesel auto’ model retails for N$435 900, the SE version for N$385 900 and an XE 4×2 manual derivative for N$306 900.

Three similar petrol models are slightly cheaper and the 4×4 vehicles use Nissan’s ALL MODE 4×4-i system to make the X-Trail reasonably capable off-road. Urban warriors and maternal taxi operators may save a few bob and happily purchase the 4×2 X-Trail.

My apologies once again to the cheerful Nissan people for running off mid-launch and only writing my article now. I hope this doesn’t jeopardise my chances of testing the new GT-R V Spec…