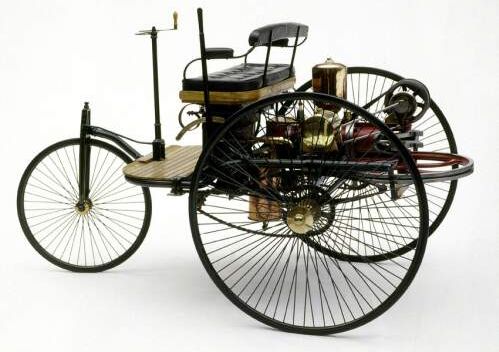 Don’t you just love birthdays? The cake, the presents, the smiles of loved ones. Do yourself a huge favour and go to the garage / driveway and wish your car a happy birthday, irrespective of what make it may be. Give it a wash, change its oil or just smile at it for a while.

For today is the 125th birthday of not just the automobile, but Mercedes-Benz, too. On the 29th of January 1886, Carl Benz submitted a patent in Berlin for his three-wheeled motor-car while Gottlieb Daimler was busy tinkering with his idea of a motorised carriage.

With the pair joining forces later, their innovative spirits merged two companies who grew to become the world’s oldest and one of thee most esteemed vehicle manufacturers: Mercedes-Benz. The brand was recently voted as the world’s most valuable in three categories: German, global and luxury.

The name Mercedes was introduced by an enterprising Benz customer, Emil Jelenik, who took the cars racing under his daughter’s name. The double-barrel name eventually stuck to products and the holding company has always retained some form of the Daimler name.

Mercedes-Benz still follows a philosophy which, like it or not, is often the (triple-awarded) envy of others. In a nutshell, pioneering technology is combined with design creativity, fastidious safety, supreme comfort and longevity; among others.

Your neighbour’s shiny new Merc not only holds great snob value but backs up its grandeur with 1 ¼ centuries of researching and perfecting the latest drive-trains, body construction, ride, safety gear (active and passive) and luxury. Apparently Herr Daimler called this attitude “Nothing but the best”.

Yes, yes, you could argue that today’s Mercedes-Benz is just another faceless corporation that fine-tunes its production and marketing to keep shareholders happy; but if they succeed in this plan by building incredibly accomplished vehicles, what’s wrong with that?

Quite possibly, yes. But I can assure you that almost all of the aforementioned systems live exclusively on the options list, can be de-activated or watered down; and should we really get to the autonomous vehicle of the space-age future, I’d quite like it to come with a three-pointed star.

Because that means it’ll be a blend of the latest goodies, best engines, smoothest ride, great quality, wonderful luxury and, above all, incredible safety. The Stuttgart gang wasn’t always the first or only contributor to automotive progress, but they played a major, major role and their products always reflect that.

Please have a second look at your car for me. Does it have crumple zones? Climate control? Are there any seat belts inside? Power steering or airbag(s)? What about ABS brakes? Any discernable form of stability control? Independent and/or multi-link suspension, perhaps? You probably saw it here first.

Best you also wish Mercedes-Benz a happy birthday, too.