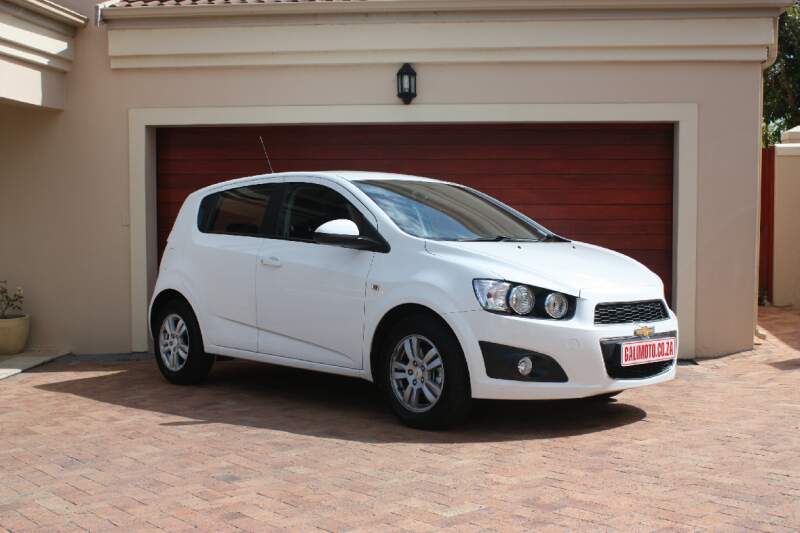 Namibia (and indeed, also South Africa) has a booming small car market thanks to often ridiculous pricing, steadily climbing oil prices and a recession that can’t decide if it’s done or wants another round. Some car manufacturers even have more than one model on offer and Chevrolet is no different. Now serving: the new Sonic.

Starting from smallest to largest and encompassing 80 to 200 thousand bucks, we have the Spark Lite, Spark, Aveo, Utility, Optra and Cruze. Elbowing its way into their midst is this here Sonic, a B-segment contender that’s bigger than an Aveo and smaller than Cruze.

I would’ve argued that it’s an Optra or Cruze minus boot but then I’ve been told that Chevy recently introduced a Sonic sedan. Well now, umm, it looks like you’re spoilt for choice if you want to buy a new Chevrolet for a few thousand bucks a month.

In a valiant effort to keep costs down, GM dipped into the parts bin of various other brands which is especially evident inside and under its skin. The exterior is a unique creation with angry light clusters and hidden rear door handles but has a slightly disproportionate look about it.

Its wheels are a little on the small side and appear to be the only difference between the 1.4 and 1.6 petrol model. A 1.3 turbo-Diesel engine is also on offer but specifications and looks are absolutely identical – so nobody will know what sort of punch you’re packing, especially on the move.

It took us quite a while to figure out that we were piloting the 1.6L version and a look under the bonnet revealed an engine cover that looked remarkably familiar. More of the same awaits you inside where GM/Chevrolet switchgear and modern textures are arranged in a flowing fashion.

Covered by modern fabrics, the seats are soft and comfy but not very supportive; and presented quite a challenge to find the ideal driving position. They can also be lowered to below floor level, or so it seems, which should attract aspiring gangster rappers or ex VR6 drivers.

The remaining cabin offers good levels of space and comfort, also at the back. The rear bench collapses in the obligatory 60/40 configuration to increase loading space from 290 to 653L. Rear passengers only get window winders and other absentees include a water temperature dial, sixth gear and subwoofer.

Last-named would complete the audio system’s crisp and punchy sounds, a taller top gear would improve highway consumption and noise levels (130km/h at 4,000rpm) and what genius swapped the H2O dial for that little red light which comes on when it’s already too late? That goes for all you manufacturers.

The cruise control and its funky light are a nice touch, as is the trip computer. Once you figure out how it works. The Sonic also spoils its occupants with great air-con, good lights and plenty of storage spaces, probably because the passenger airbag cuts the cubby hole into two rather small parts.

There are four more airbags in here, as well as power steering, power heated mirrors, aux /mp3 capability, ISOFIX anchors, remote central locking with auto lock, alarm and immobiliser. The cruise control and clever steering wheel mentioned above will cost you extra, as will a USB port, Bluetooth and extra speakers.

As for driving it, the Sonic hatch will quickly prove that it’s very obedient and easy to drive. All controls are light and responsive, the engine has adequate torque but sounds a bit rough near its limits; which it dislikes operating at. Sometimes it sounded like a boxer motor.

The ABS brakes, despite their reliance on newbie Hankook rubber, are superb. Another superb aspect of the Sonic is the McPherson / torsion beam combo suspension which tends to be a bit bouncy. The Sonic rolls and pitches quite a bit but is amazingly comfortable and reasonably predictable.

A Chevy Sonic 1.6 LS hatch costs N$168,570 and includes a five-year/120,000km warranty and three-year/60,000km service plan. It’s competitively priced and has a few quirky parts but the sum of those is just another small, underpowered hatchback. VR6 owners and inland dwellers, stay away.