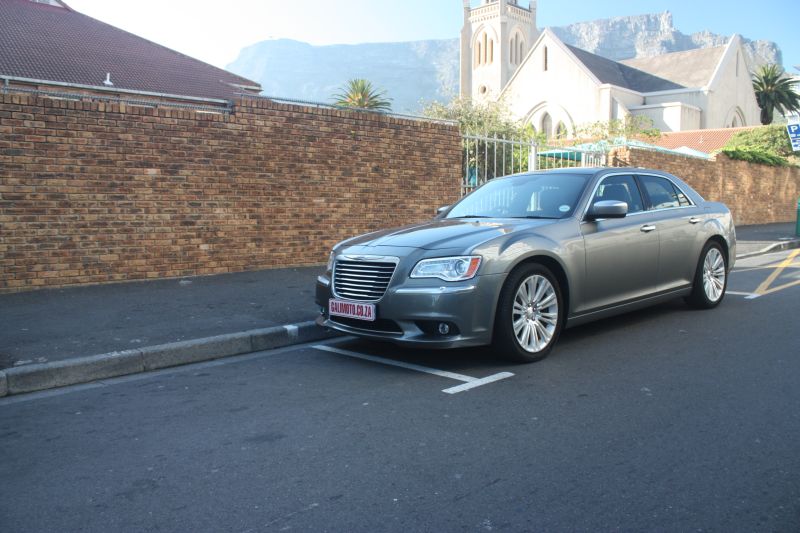 If my television is anything to go by, American vocabulary has decreased to just two overused phrases; “Ermegherd” and “ahhsum”. While the first one is slightly blasphemous, I’d be happy to use the second to describe this week’s test car: Chrysler’s new 300C.

Although the original 300C appeared in 1957, for the purpose of this review we’ll stick to the block of a car which surfaced in 2005. Based on an ageing Mercedes E-Class platform and riddled with niggles, I forgave the 5.7-litre HEMI brute almost all its shortfalls.

The reason for my journalistic mercy was that the 300C had such unique looks and a menacing demeanour which completely overpowered any dynamic or qualitative failings. And as if that wasn’t enough of a burden, the Chrysler had another blade hanging precariously over its fat, tattooed neck.

Just like other cars with trendy, retro or concept looks it’s basically impossible to improve the design. Looking at the butch old beast and this 2012 version, nobody can accuse Chrysler of not having pulled it off. I’d go so far as to proclaim that this one looks even better than its father.

That menacing stance remains, the blunt bum’s been tweaked, headlights and grill have grown up without losing an ounce of presence and that wonderful profile retains its tiny window line while the massive wheels have pushed 300C’s shoulders and biceps out even further.

You’re entitled to your own opinion but this car is one of my surprises of the year, it looks infinitely better in the flesh and I encourage you to investigate this immediately. The only other vehicle with such square and generous proportions is the Rolls-Royce Phantom.

How “ahhsum” is that? Actually there’s more but I’d run out of space. While we’re on that subject, the 300C has decidedly American measurements inside and while the low roof offers acceptable headroom, all other dimensions are incredibly generous.

It took me a while to get used to the cabin’s, umm, style because of the huge screen, vast surfaces and kitsch blue instruments. It’s far removed from those sober German competitors but I quickly grew fond of the slightly brash American style.

If you want to get really picky, some of the wood grain panels didn’t fit too well, it beeps too much, the boot lid’s flimsy and the front bumper had shocking panel gaps. All was forgiven though because this car exudes a bad boy vibe and everything is just so cool without being tacky.

Getting 1,000km range shouldn’t be a problem as our average hovered between eight and nine with mixed driving. The gearbox prefers to exploit low-rev torque but the very obedient shift paddles will liven things up a bit while you enjoy a typically American way of forward travel –pliable and quiet.

The 300C’s suspension copes extremely well with all demands but one – erratic driving. Throw it around like a hot hatch and the yank tank responds like a cruise liner, slowly and gently. It corners surprisingly well and the steering is reasonably lively once you adapt your driving style to its bulk and placid manner.

Treat it like a luxury sedan and a Chrysler 300C becomes astonishing. Gliding softly along a highway, the only perceptible noise is from the big rubber at each corner – this car is extremely well insulated and almost devoid of wind and mechanical noise. Its mean face also clears out the fast lane reasonably well.

Starting at N$539,990 with very few options left to tick, the Chrysler 300C takes a baseball bat to any competitor knees and comes with a 3-year/100,000km warranty and service plan. It’s improved most aspects of its ancestor, looks even better and offers an experience which can only be described as “ahhsum”.