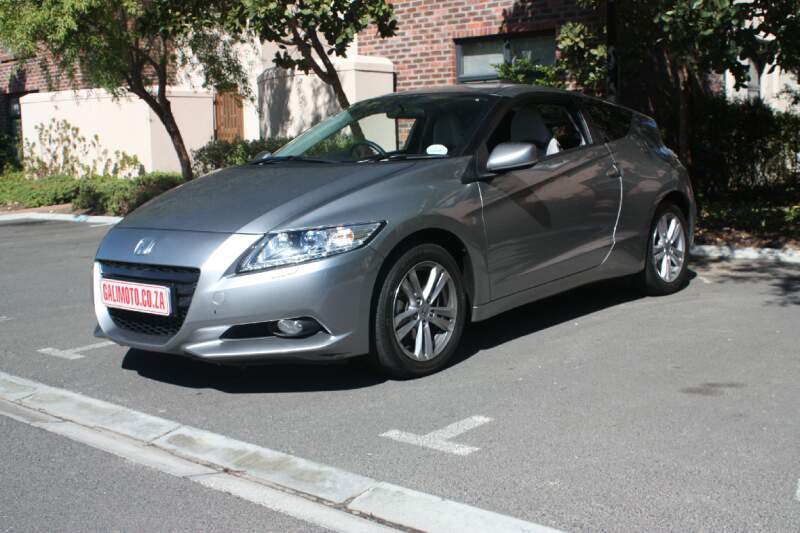 Can you hear that? The fizzing noise coming from your pocket as more precious Dollars are being mercilessly fried by yet another petrol price hike. Your salary doesn’t increase proportionately, new car prices aren’t exactly dropping and public transport still in its infancy, often emulating a newborn’s sounds and smells.

We need a magic bullet for our commuting woes. Unfortunately I haven’t found it yet and neither can I report about one that’s just around the corner but I’d like you to consider the Honda CR-Z, a mild hybrid in the shape of a mild sports coupe with a mild price.

Should you find yourself single and/or childless with an insatiable thirst for a thriftier car, this might be just the ticket. The Honda CR-Z is so weird looking that other hatchbacks look mundane in comparison. A Golf or Polo BlueMotion will achieve similar consumption figures, but the Honda is so much more out-there.

I don’t think they’ll steal many of each other’s punters. From what I’m seeing on the road, Honda is yet to make a start… Maybe it’s a little misunderstood. Maybe people think it’s a sluggish, boring hybrid – all of which it isn’t. The CR-Z’s main claim to fame is its three drive modes Normal, Sport and Econ which transform the vehicle’s character.

The power for this choice comes from a “mild hybrid” setup or Integrated Motor Assist (IMA), as Honda like to call it. Instead of the traditional petrol and electric motors joining forces, the CR-Z has a wee electric motor that occasionally helps the gasoline burner out. No complicated drive train. No full electric mode.

There is a battery pack taking up valuable boot space and the oddball shape isn’t exactly pretty but singletons can transport plenty of shopping and two to three small friends. In a bout of irony, the CR-Z’s folding seats helped to transport a small cupboard which didn’t fit in a two-door coupé or small sedan.

The strange hatch has a few nasty side effects like atrocious ¾ visibility and a two-tier rear view which is cut in half exactly where the horizon (and following traffic) should be. And because the CR-Z sits quite low to the ground, big cars often do a hall-of-mirrors act behind you. Actually, I found that mildly entertaining.

Not even half as entertaining as the front view though. The dashboard is truly breath-taking, a wild collection of shapes, materials, buttons, knobs, recesses, indentations and displays. It eventually makes sense after a week but newcomers are in for a shock.

The CR-Z starts up in “Normal” mode by default and the instruments change colour depending on which mode you’re in – or the position of your right foot. The 1.5L long-stroke engine is quite vocal and delivers 84kW (114hp) or Nm, helped by 10kW (14hp) or 78Nm from the electric motor.

Its six-speed gearbox is wonderfully crisp and pairs up with feather-light pedals and steering to make the CR-Z easy to drive. A stop/start system cuts in whenever it can to bring consumption down to 5L/100km and for once, this is no lie. Driven sensibly, we recorded 5 or less.

Driven aggressively, the CR-Z can tilt 10L/100km and be quite entertaining but its relatively low power and mediocre grip from the eco tyres will foil any street racing antics. Strangely, especially for a Honda, it felt like the motor(s) didn’t like high revs. What the two power plants are superb at is urban commuting.

That extra little shove from the electric motor is most noticeable when gently accelerating in-gear and feels like an additional helping of torque or turbo power as you’re trying to change lanes. You can even see it happening as the “assist” read-out lights up and the consumption display stays put.