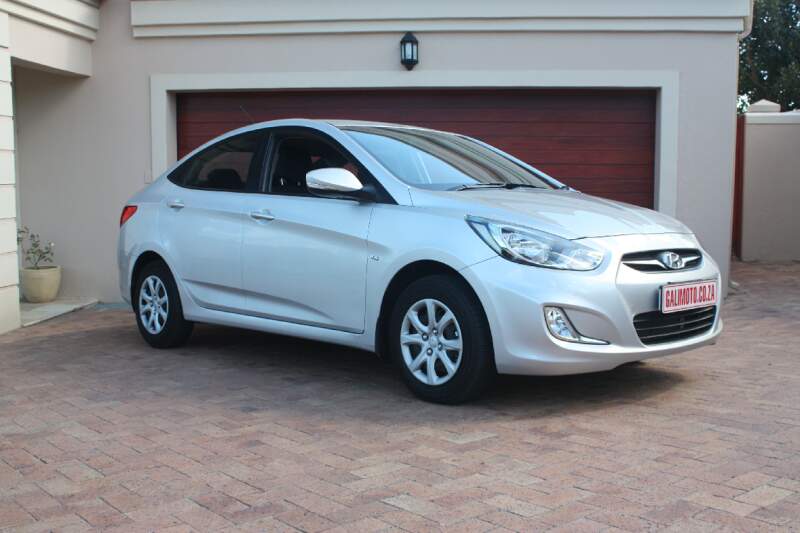 Picture the scene. You’re at a braai and the obligatory man huddle at the fire has turned its attention to the mandatory subject of cars. It’s your turn and a few years ago you would’ve faked an illness before admitting ownership of a Hyundai Accent, but today you may proudly do so.

“The new one?” enquires the big guy in the sleeveless shirt among a crowd of raised eyebrows and sharp intakes of breath. “JA!” you bark at him, bringing the crowd down from its mild panic to a plethora of silent nods and slurps of brandy wine.

“Is it any good?” asks the jumpy dude with spiky hair and day-glo sunglasses, to which you answer “Sure, you wanna have a look?” Depending on braai duty and brand affiliation, at least half the man crowd restlessly shuffles after you to the driveway and your brand-new Accent 1.6 GLS Automatic.

You quickly defend your choice of gearbox as the wife’s preference, get a few chuckles and rolling eyes in return and hope that your wife never finds out. There’ll be hell to pay if she discovers that you convinced her of the rush-hour-friendly automatic only to blame it all on her.

“The wheels are a bit small” notes one spectator as he gently caresses the Accent’s pronounced profile crease. This fourth generation car looks amazing, just like its fluidic design siblings Elantra and Sonata, but in this application the wheel arches are too small and the wheels themselves even more so.

You point out the snazzy hubcabs and thin rubber, explaining that you’re thinking of putting some bigger mags and tyres on. This should cure the slight traction issues like the Elantra’s mediocre grip limit when cornering or braking; it feels like it could do better with bigger shoes on.

While the guys are taking turns behind the wheel, you rest your elbow on the open driver’s door and report how comfy and reasonably quiet the car is, especially over long distances. The rear suspension tends to bottom out quite quickly and the car’s maximum payload is just 420kg (450kg for manual versions).

Pulling the boot release, you explain that, while the boot is very spacious and the rear seats fold completely flat, the Accent could suffer when you pile in the whole family and luggage for your annual summer holiday. Dik Frik joins two other occupants in the back and the Accent sinks to its knees.

“So what’s it drive like?” asks the temporary captain as you slide into the now-vacant front passenger seat. The 4-speed autobox is quite old school with an overactive torque convertor and ECO mode for improved consumption. It’s supposed to use 6.1L/100km but your average is currently 8.

The 1.6L 16-valve engine delivers 91kW (124hp) or 156Nm and the gearbox offers a tip-shift manual override function, although the electronic throttle and FWD auto’ combination has quite a bit of torque-steer and can be a bit abrupt when freewheeling or cruising.

Then again, it dealt with 0-100km/h in 10.1 seconds and has enough torque for everyday driving. “Nice fabric” says someone as he makes room for another potential punter and strokes the funky door pocket. The seats are equally cool and while not top-notch, most material seems neat in fit and finish.

“The rear parcel shelf is too shiny though” you complain as you unfold the sunglass holder that blocks half the rear view mirror. “Just close it” says a voice from the back, shortly before reporting that there’s decent space for adults in both rows. “May I?” asks the new pilot as he puts the Accent’s key in the ignition.

“Sure!” you say, turning down the supersonic air-conditioner and impressive sound system. “Check this out” you sneer and plug in your iphone. The device brings up your favourite songs through a provided cable and you crank the volume in the hope that nobody presses the ridiculous hooter.

Diverting everyone’s attention, you point out the crisp instruments and comprehensive trip computer, as well as the smart-looking steering wheel; fully adjustable with audio and Bluetooth buttons. The driver presses a few but the Bluetooth remains unresponsive, perhaps it’s an optional extra.

“What else does it have?” asks a friendly face from outside your window. Well, four airbags, four electric windows, electric mirrors, remote central locking, radio/CD, Aux/mp3 capability, plenty of cup holders, ABS brakes but no extra assistants or ESP.

“Price?” someone asks as they disembark. N$178,900 with 5-year/150,000km warranty, you say. The Accent may not be as established, solid or clever as some of its German and Japanese competitors but it trumps them with wilder looks, good specs and much better value for money.